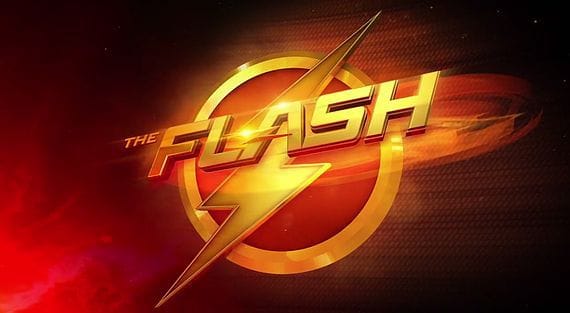 The Flash Episode 14 Recap- Spoilers Ahead…

Catch up on last week’s episode here!
Read up on the midseason premiere!
To find out what happened in the first half of the season, follow the link!

The episode opens up with the aftermath of the explosion caused by Firestorm in the previous episode. Ronnie Raymond and Dr. Martin Stein have been successfully separated and they return back to Star Labs to have their vital checked by Caitlin. They appear to be healthy but they do seem to share the same body temperature of 100.6 degrees. According to Dr. Stein, he hopes that is the only think that they share from now on. After having to share a body for over a year, the two are sort of sick of each other. They go their separate ways with Dr. Stein reuniting with his wife and Ronnie catching up with Caitlin. Everything seems to be going well for the gang until General Eiling is shown to know who Firestorm is and that they are now separated! 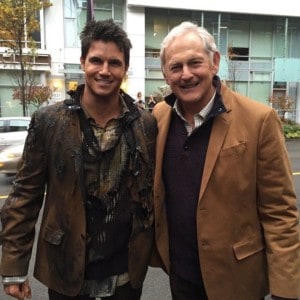 This is the major plot of the episode, and the major themes are developed within. Specifically, this episode tackles the idea of codependence, particularly with characters that share a relationship with Firestorm. Throughout the episode, we see Caitlin Snow find that she’s moved on from Ronnie. Ultimately, Ronnie and Stein find that their relationship has become a bit more cooperative. This will all lead up to an upcoming episode where the relationship with Wells changes drastically, so it’s no surprise to see the changing relationship dynamic at work again in the series. This has been a motif repeated throughout the series so far.

If you recall from my previous recap/review I stated how I felt annoyed that the writers were only using the character of Iris as Barry’s unrequited love interest. As if the writers heard my complaints and responded with the most logical way to include her more in the story; her superior Mason Bridge wants her to investigate Star Labs. He believes that Harrison Wells wanted the particle accelerator to explode, but he’s not sure of the reason. This is where he needs Iris, he knows that she has connections with them and wants her to find out more about what happened. This Mason Bridge guy seems too smart for his own good; the audience should be suspicious of him.

Joe reveals to Barry that the second speedster that was present on the night Barry’s mother was murdered was an adult Barry. This prompts Barry to talk to someone who has done several studies on the subject, Dr, Stein. While Dr. Stein is being as big of a fan boy as Cisco over the prospect that Barry will one day be able to travel back in time, Barry is less than thrilled. If Barry is able to go back in time, then that means he’s destined to fail when that day comes. Interesting choice of words Barry, I believe a certain man in yellow used similar ones when the two of you faced off! While meeting Dr. Stein, Barry also notices that he still has a connection with Ronnie.

It turns out that Dr. Stein and Ronnie still share brain waves, meaning whatever one feels, so does the other. In order to keep the two safe from General Eiling, Barry has Caitlin and Ronnie stay at his house. Dr. Stein is having a drink with Harrison Wells. Wells, however, knows that Eiling has figured out the identity of the Flash. To continue protecting Barry for some nefarious purpose, Dr. Wells spiked Dr. Stein’s drink, which knocked him out and ultimately allowed for his capture by General Eiling- a deal that Wells struck with the General. 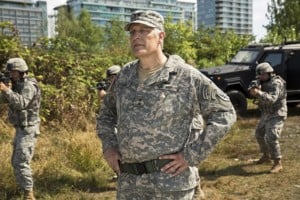 The rest of the Star Labs team use Ronnie and Dr. Stein’s brain connection to find where General Eiling is keeping Dr. Stein. They are successful and the Flash goes with Ronnie to help locate where in the old military base Dr. Stein was being held. After the Flash saves Dr. Stein he is shot with blast that begins to eat at the Flash’s suit! So Dr. Wells tells Barry to run to stop the chemical from eating his suit and ultimately eating him. Meanwhile, Ronnie and Dr. Stein are forced to become Firestorm once again but this time they are more accepting of the union. The Firestorm they become is more faithful to the comics, with Dr. Stein talking to Ronnie in his head. They successfully subdue all of the soldiers attacking them, but are neutralized by General Eiling. Thankfully the Flash stops running at the nick of time and saves Firestorm. The two wounded heroes decide that now would be a good time to go home.

The episode concludes with Ronnie and Dr. Stein leaving their loved ones for the time being to visit a friend in Pittsburgh who can help the two control the Firestorm matrix. I like how the two began the episode with wanting nothing to do with each other but end up working together for a better life for themselves and their loved ones. Barry also resolves to save his mother’s life; he decides to study what he did in the past to make sure he doesn’t make the same mistakes. This is shaping up to be very similar to the Flashpoint story-arc, and that is very exciting!

Still, this is not nearly as exciting as seeing Reverse-Flash return! He kidnaps General Eiling and brings him to the sewer where we met Gorilla Grodd a few weeks ago. There Reverse-Flash removes his mask showing it is Harrison Wells underneath (no one should be surprised by this)! Then Eiling hears a voice in his head turns and says “Oh my God,” to which the voice responds “Not God, Grodd!” as Gorilla Grodd walks towards Eiling and drags him away! 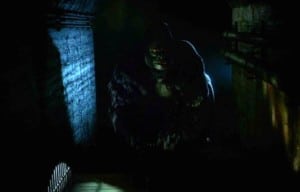 Major questions raised by this episode include what exactly Harrison Wells is up to (although that’s been a question for a while, and one which we probably won’t have an answer to any time soon) and what use Wells has for Grodd. What effects will changing the past have for Barry? Doesn’t seeing evidence of his failure in the past show that he is destined to fail? Can he alter the timeline? Are the folks at CW’s The Flash doing too much too fast?

The promo for the following episode shows that the Flash Five may finally figure out some of the secrets Harrison Wells has been keeping from them! Sadly, the Flash will be taking a break and will return on March 17 at 8 pm on the CW. Till then Flash fans!