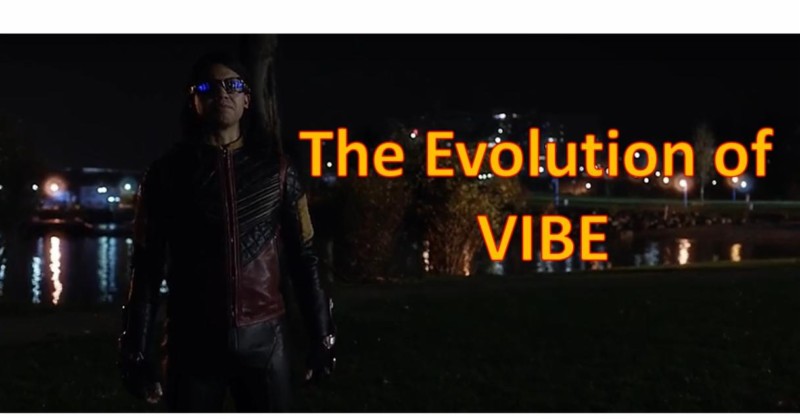 When THE FLASH CW first aired in October 2014, many fans were excited to see the Scarlett Speedster once again grace the small screen in his live-action show. However, a good number of fans were equally excited to see another DC hero get the opportunity to shine; Vibe (Cisco Ramon). In October 1984 in Justice League of America Annual #2, the character of Vibe was introduced. His powers initially involved sonic vibration manipulation and seismic force pushes. The new 52 presented his ability of molecular vibration which allows him to stop speedsters. Longtime fans of this character waited in anticipation for Cisco to develop these powers and become the hero Vibe. After two and half seasons, Cisco has officially suited up as Vibe! In this article, we will review the evolution of how Cisco went from the team’s tech guy to a superhero.

READ: The Rogues are giving the Flash a run for his life, check out our review for THE FLASH #16

Cisco’s “Death” on THE FLASH CW

This scene was one of many crucial moments from season one episode fifteen of THE FLASH. Here we saw the actual ruthlessness of Eobard Thawne in how easily he killed Cisco for discovering the truth behind the Reverse-Flash. More importantly, it is this traumatic moment which kick starts Cisco’s powers. This is the episode where the Flash travels back in time for the first time and erases Cisco’s death.

However, in later episodes, certain words and phrases began to trigger flashbacks for Cisco to this alternate timeline (the first of many alternate timelines created by the Flash). At first, Cisco is unsure what to make of these flashbacks, until the Flash team realize they are integral to discovering the truth behind Harrison Wells. 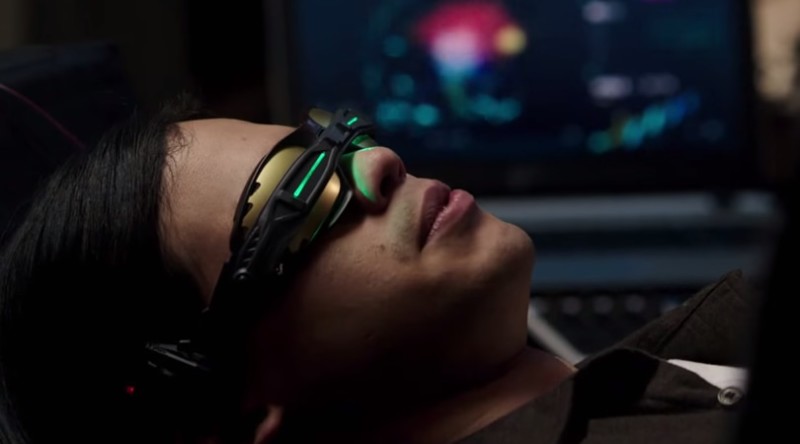 To increase the power of Cisco’s flashbacks, or “vibes” as he calls them, Caitlin designed these goggles for him to wear. In using them, Cisco vibed back to the alternate timeline where the Reverse-Flash killed him. After learning the true identity of the Reverse-Flash, the Flash team prepare to take him down. Once they capture the Reverse-Flash, Cisco confronts him about the alternate timeline and how he killed him. Here is where Eobard reveals to Cisco that he is a metahuman. Upon learning that his headaches make him a metahuman, Cisco initially rejects this truth. It is easy for him to ignore his abilities for the rest of season one as Cisco’s headaches go away. Once the second season begins, Cisco starts to have vibes about Zoom and Earth-2.

In episodes 13 and 14 of season two of THE FLASH Barry, Cisco, and Harry travel to Earth-2 to save Harry’s daughter, Jesse. There Barry and Cisco meet their Earth-2 doppelgangers. Cisco’s doppelganger happens to be a supervillain named Reverb who works for Zoom. While Zoom shortly kills reverb for trying to turn against him, Reverb’s appearance was significant. In just a short scene Reverb demonstrated one of Vibe’s signature techniques, a vibrational force push. Reverb showed a glimpse what Cisco was capable of achieving. Up to this point all Cisco ever actually used his powers for was seeing when a new metahuman would appear. Reverb was an excellent use of foreshadowing by the writers and great motivation for Cisco to improve. 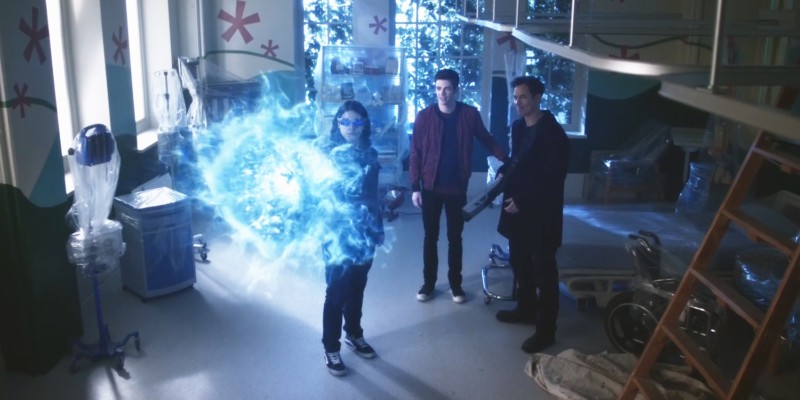 In the latter half of THE FLASH’s second season, they closed all the breaches cutting off travel to other Earths. After Barry had acquired enough speed, he wanted to fight Zoom, which meant opening one of the breaches to Earth-2 again. Originally the team had to relay on the Speed Cannon to travel the multi-verse. However, Cisco’s powers include being able to open breaches. This was a big step up for Cisco, not just from a power perspective but his character as well. This episode showed Cisco being more confident in his abilities and more willing to increase his powers. Not to mention this would prove to be an extremely useful ability for the team, thanks to Cisco they can now easily travel various Earths.

Flash and Cisco Team-Up on THE FLASH CW!

In season three episode two of THE FLASH CW, one of the metahumans from Flashpoint, the Rival, makes his appearance to the main timeline. The Flash was having difficulty taking on the Rival, so Cisco decided to aide his friend. Since Cisco only had the goggles and gauntlets, it was not a full suit up. But it was one of the biggest steps for this character in becoming Vibe. Even though Cisco told Barry that he wasn’t ready to be out on the field with him full time, he gave viewers hope that we would see it eventually.

In episode 11 of the third season of THE FLASH CW, an interdimensional bounty hunter named Gypsy with powers similar to Cisco comes to arrest HR. Similar to how the writers used Reverb to show fans what Vibe was capable of doing, Gypsy served the same purpose. She finally does what I have wanted to see Vibe do to a speedster. When Kid Flash comes in and tries to take out Gypsy, she blasts him and temporarily paralyzes him! This ability makes Vibe a speedster’s worst nightmare, able to halt a speedster’s powers and stop them in their tracks. 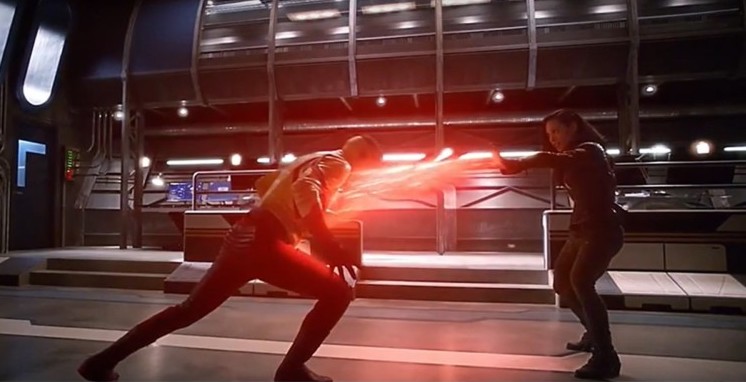 To prevent HR from being taken, Cisco challenges Gypsy to a trial by combat. Here we have the moment fans have been waiting for, Cisco finally wearing the Vibe outfit from the comics. Vibe’s fight with Gypsy was everything fans of Vibe could have wanted in a live-action Vibe fight. Utilizing vibrational force pushes and opening breaches to other Earths all made the wait for Cisco to get to this point worth it.

READ: How SUPERGIRL fails to build up Jimmy Olsen before making him Guardian

VIBE, Cisco, and THE FLASH CW

Since Cisco is now a full-fledged superhero, it opens the door to how this season might end. Seeing as one of the leading powers of Vibe is being able to disrupt a speedster’s molecules and stop them, this could theoretically be how they stop Savitar. This, of course, is going under the assumption that Savitar is like the other speedsters on the show, which might not be the case. Either way, Vibe makes an excellent addition to the Flash superhero team. It will be fun to see how Vibe will work off the Flash and Kid Flash out in the field.

I truly appreciate how THE FLASH CW writers took their time to develop Cisco’s character before putting him into the superhero role. They slowly built the character’s abilities and had him mature before finally debuting him as a superhero. If they had just given him all his powers in the first season, then fans would not get to see this character develop over time. This made the moment where he finally suits up have more of an impact when it finally happened. What do you think about Cisco’s journey to becoming the superhero Vibe? Let us know in the comments down below!