Who is Godspeed? After tormenting the Flash and his loved ones for several issues, the true identity of this new evil speedster will finally be revealed. I personally saw it coming, but it certainly doesn’t diminish the impact this news has on Barry.

READ: Aside from THE FLASH, check out which other comics are a must-read from DC’s Rebirth!

The issue starts off with Godspeed dragging a man until he disintegrates! The comic then cuts to a haggard looking Barry who is clearly distraught over losing his girlfriend Meena. Barry’s friend August is concerned for him and tells him to rest. Suddenly the news mentions another Godspeed attack, bringing the death toll up to 12 speedsters! Barry rushes to visit Iris to see if she can help him find some leads to the identity of Godspeed. Iris soon discovers that one of Godspeed’s victims wasn’t a speedster. This information prompts Barry (as the Flash) to interrogate August. It’s at this moment when August reveals that he is Godspeed! The Flash questions how Godspeed was able to be with him and commit the murders at the same time. As Godspeed, August demonstrates his power to be at two places at once and begins to beat the Flash into submission! 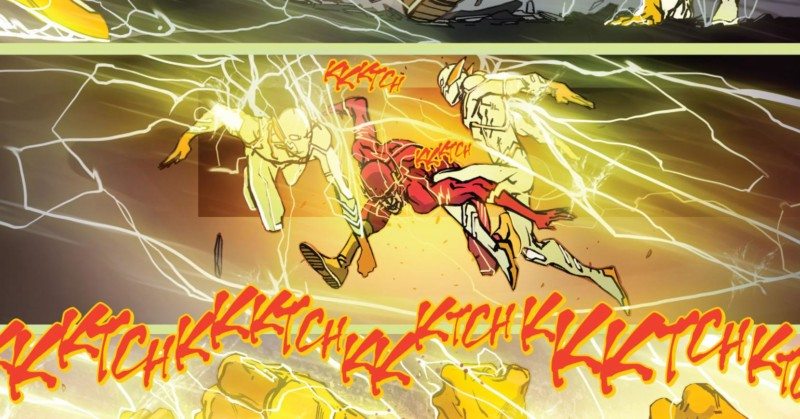 The reveal of Godspeed’s identity was not a surprise for me. Back in the first issue, writer Joshua Williamson alluded to the fact that August would eventually become Godspeed. While I knew August would most likely be Godspeed, I did not know how Williamson would make this character’s betrayal work. Since the beginning of Rebirth, August has been a terrific friend and ally to Barry, both as a co-worker and as a superhero. However, it was made perfectly clear that August’s main priority was getting justice for his brother’s murder. When the man whom August believed was his sibling’s killer got to walk, it was obvious there was no lengths he wouldn’t go to for his revenge. This reasoning behind August’s choice to become Godspeed works for me because it makes sense within the narrative Williamson has set up.

One of the highlights of this issue was the discussion between the Flash and August about justice. It was a fantastic way to compare the different reactions these two men had when the justice system failed them. The Flash is always depicted as an optimist who wishes to see the good in everyone, whereas August believes in an eye for an eye and hates the weakness he saw in the speedsters who refused to become heroes.

READ: Questions of morals are all over STEVEN UNIVERSE, check out our article that provides a deeper look into Steven and the Crystal Gems!

Speaking of other speedsters, Barry also learns that Wally has received super speed as well. Wally takes the news of Meena’s “death” particularly hard. This is understandable because in the previous issue Wally and Meena bonded when she showed him how to control his speed. After hearing this heartbreaking news, Wally goes to find the Flash (he still doesn’t know Barry is the Flash) in hopes that he can help avenge Meena. However, the end of the comic has Godspeed pummeling the Flash, so I think Wally might need to reevaluate his plan to take down Godspeed. Since Godspeed is capable of being in two places at once, perhaps a team up between the Flash and Wally West will be enough to take down the evil speedster!

As for the artwork, Carmine Di Giandomenico really outdid himself in this issue. There were a few standout moments for me this time around. One of them included Wally as he ran away from Barry after learning about Meena. The bright red Flash symbol emitting from his chest almost appeared to be coming out of the page! Giandomenico also did a great job with the emotional expressions of the characters dealing with their grief and the phenomenal panel set-up of Godspeed’s reveal. Even though I knew August was Godspeed, I still had chills while reading the page where he puts on his suit. 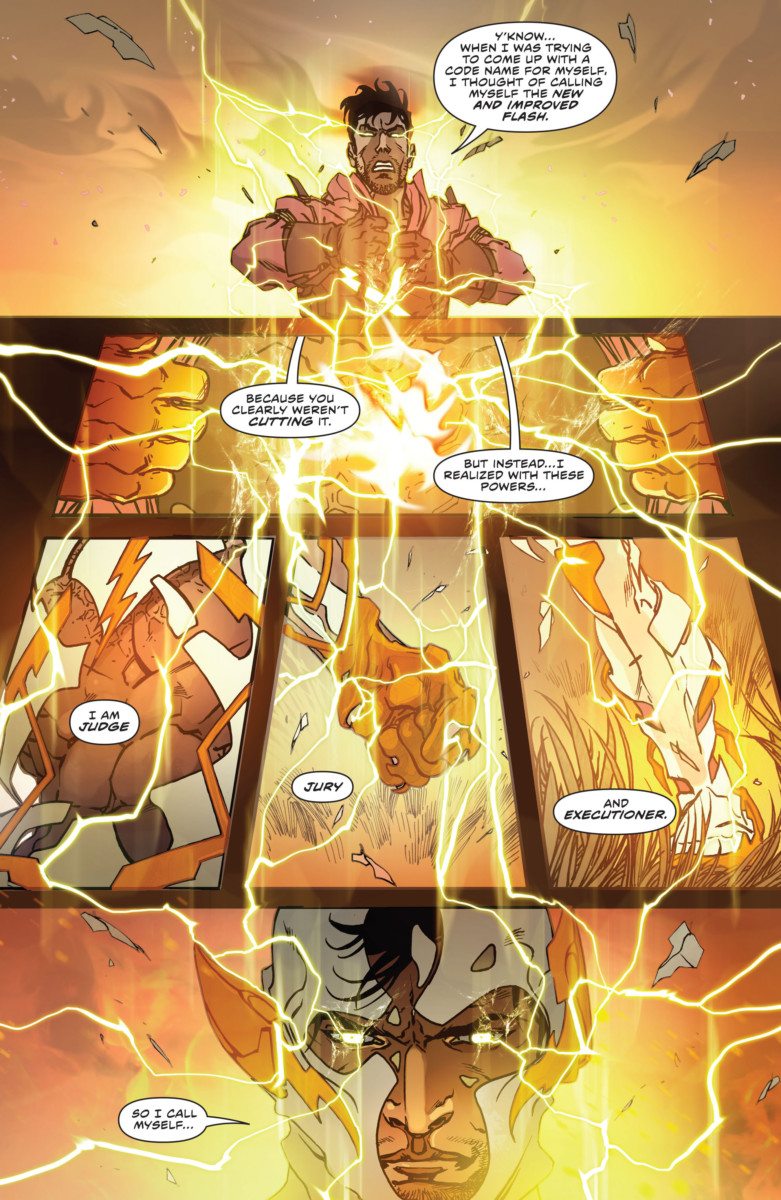 While the issue’s ultimate reveal was not surprising, it was still fascinating to see August’s reasoning behind becoming Godspeed. Artwork is solid and effective in invoking an emotional response. Fans of the Flash definitely don’t want to miss this issue, especially because it looks like big changes are coming the Flash’s way!