The Flash has always been sympathetic towards the Rogues in previous storylines, but no arc has explored why he feels this kinship with the villains. However, in THE FLASH #16, writer Joshua Williamson delves deep into this relationship between the Flash and the Rogues, producing a follow-up to an already exciting arc that is sure to delight all Flash fans.

READ: Catch up on the Rogues’ scheme in our review of THE FLASH #15!

The issue begins with a disheartened Flash roaming Central City and seeing the destructive path left by the Rogues. He comes across Iris West, who’s eager to help the discouraged speedster. After talking with Iris, the Flash realizes a common trend in everything the Rogues stole. Upon discovering their true intentions, the Flash manages to track down Heatwave and a fight between the two ensues. When our hero appears to be defeated by the flames of Heatwave’s gun, all hope seems lost. However, the Flash’s quick thinking allows him to turn the tables on the Rogue. Anticipating this, however, Captain Cold has one final trick up his sleeve that could end the Flash once and for all. 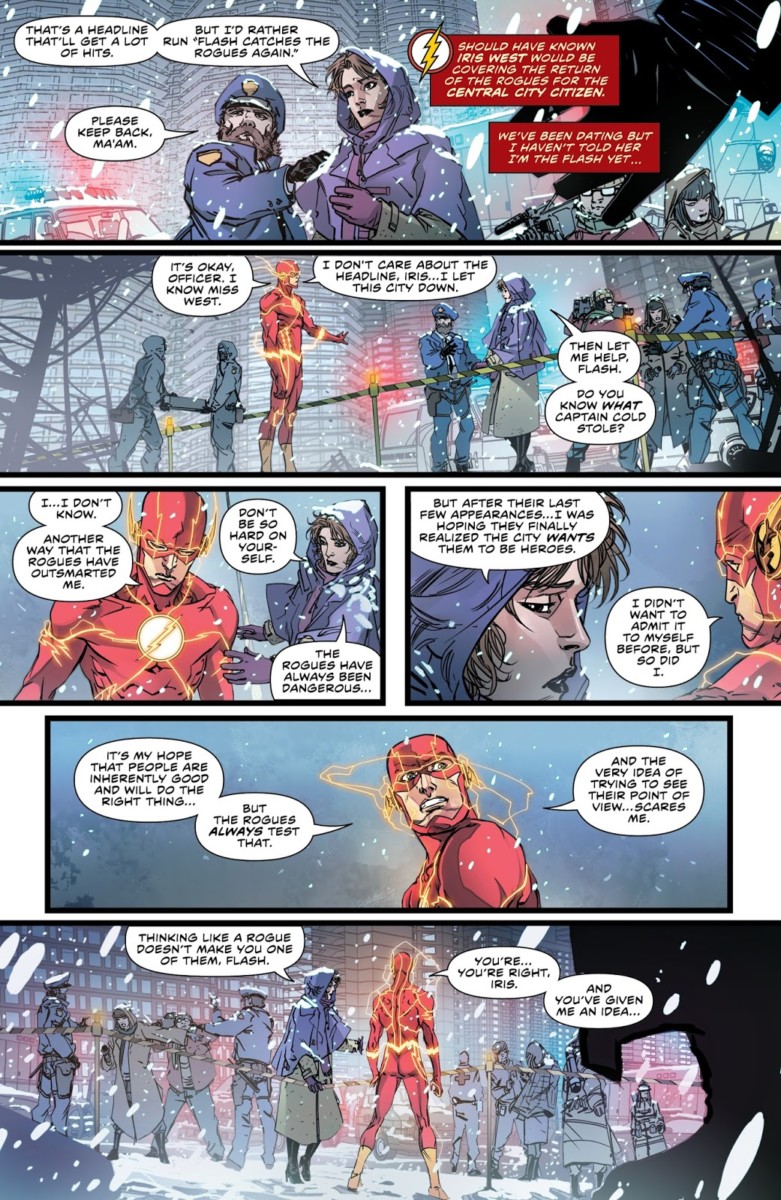 THE FLASH #16 built off the superb previous issue by providing new insight into the relationship between the Flash and the Rogues. How the Rogues operate is common knowledge for most Flash fans; they respect the Flash, but they try to one-up him.  However, after working with them to save the city, the Flash hoped that the Rogues would become heroes full-time. This kind of idealistic and optimistic mentality is true to the Flash’s personality. The Flash was disappointed the Rogues returned to old habits, but he still tried to help them. For example, the moment where the Flash tried to help Heatwave with his pyromania was heartbreaking. In just a few words, Heatwave burnt all of the Flash’s hope that he could help him or any of the Rogues become heroes, and this lead to possibly one of the coolest fights I’ve ever seen with the Flash.

READ: There are also some fantastic fight scenes in DC animation latest film JUSTICE LEAGUE DARK, take a look at our review here! 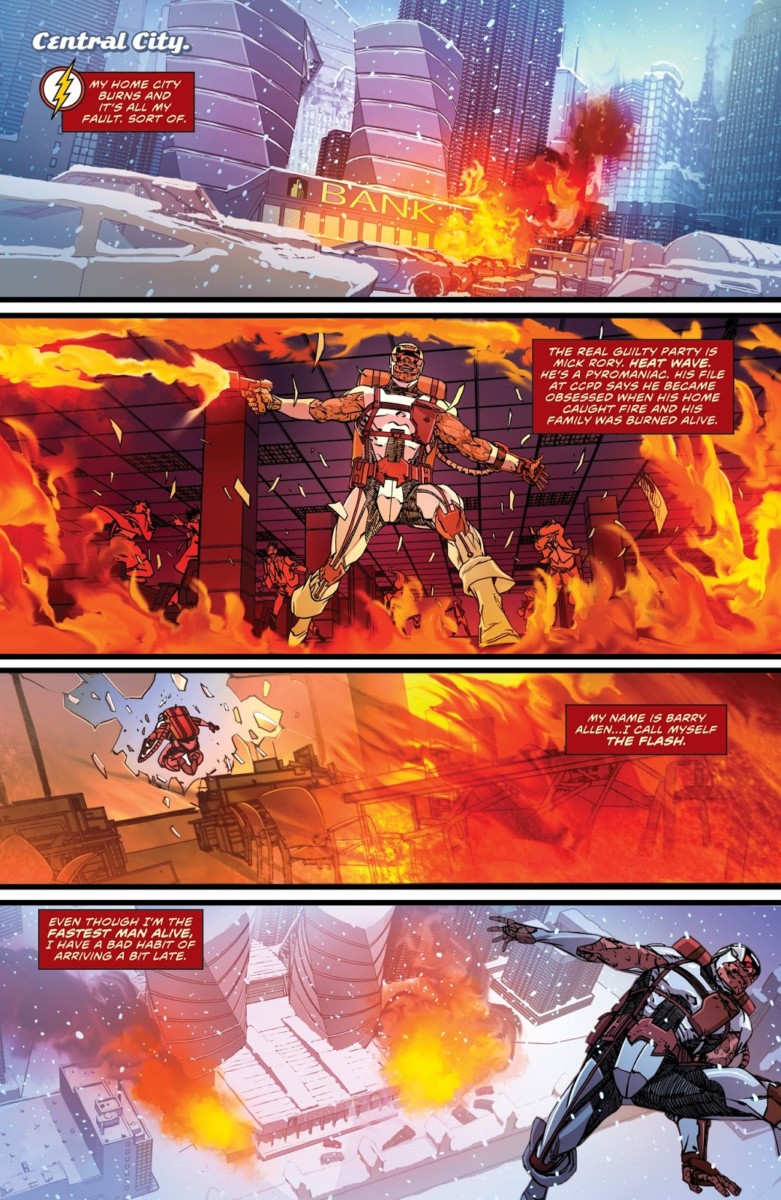 In my review for the previous issue, I mentioned that I was not a fan of this style. My opinion on the art hasn’t changed, but I can’t deny that artist Carmine Di Giandomenico utilizes it exceptionally well. During the fight with Heatwave, the Flash uses a nearby fire hydrant to extinguish the fire from Heatwave’s gun. The pastel and smudged look from this art style made the water look so realistic. I literally just stared at the panels in awe as the Flash circled the water to make it appear like a water tornado made of lighting. The colorist Ivan Plascencia truly outdid himself with the use of darker colors during the fight. Typically, the Flash uses bright vibrant colors, but in THE FLASH #16 darker shades were used. These colors fit the overall gloomier tone of the issue better.

Regardless of the improper choice of covers, THE FLASH #16 managed to exceed expectations. By providing an inside look into the Flash’s feelings towards the Rogues, he made them more sympathetic for the readers. The artwork was phenomenal and the colors matched the far darker tone of the comic. If the “Rogues Reloaded” arc continues to improve, this could be one of the best arcs the Flash has ever had with the Rogues. I highly recommend this issue as not only a great follow-up but also a superb issue on its own. THE FLASH #16 leaves readers on a cliffhanger, anxious for what is to come.