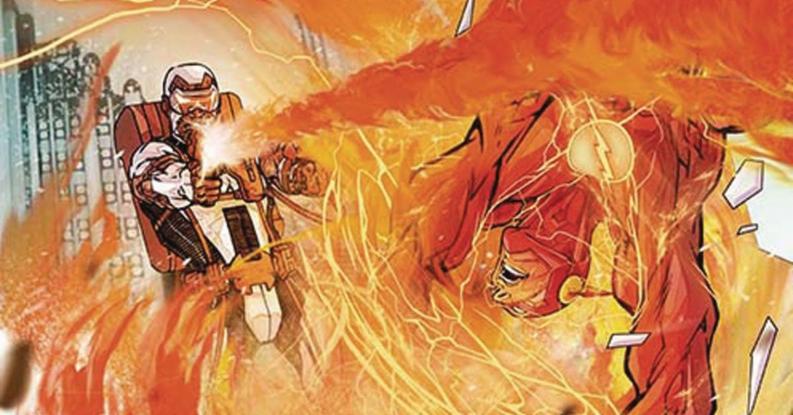 The Rogues have been a staple of the Flash’s history since the 1960s, however, recently they have played the part of heroes more than thieves. For instance, the Rogues were great allies to the Flash in defeating Gorilla Grodd’s army during the “Gorilla Warfare” arc. This noble nature has even become apparent to the citizens of Central City. In fact, many don’t consider them villains anymore. In THE FLASH #15, however, the Rogues put their master plan into motion to prove they’re still a threat to be taken seriously!

READ: How Kid Flash covers for his mentor during the Holiday season in THE FLASH #13!

THE FLASH #15 opens with the Rogues breaking into the most heavily guarded museum in Corto Maltese. They almost make a clean getaway when the Flash arrives on the scene. The Flash has some classic banter with the Rogues as he quickly dispatches each of them, however, Flash deduces that the Rogues are up to something. It doesn’t take long for the Flash to realize he’s been set up! Flash rushes back to Central City to find that the Rogues have stolen various items all across town. The Rogues’ may have finally outsmarted the Flash with their latest strategy! 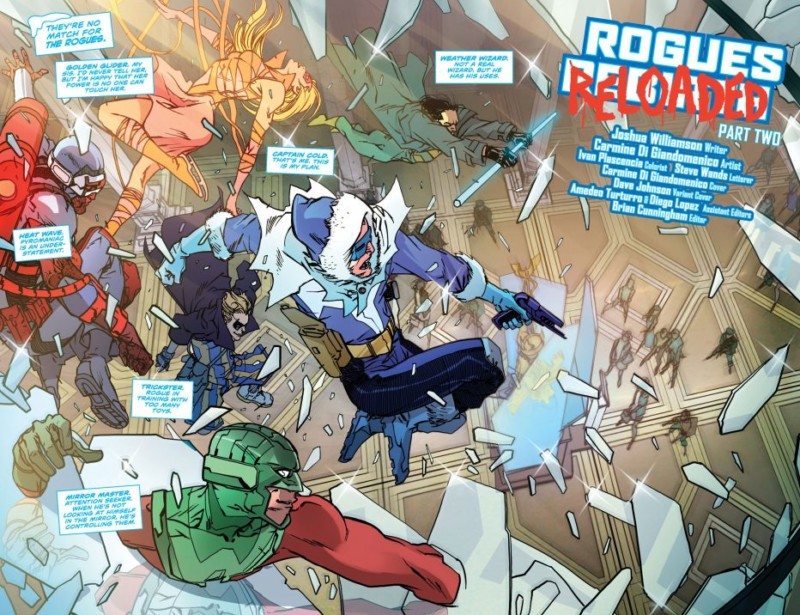 This was a fantastic issue and a tremendous continuation of the “Rogues Reloaded” arc. One of the aspects of THE FLASH #15 that I enjoyed was how writer Joshua Williamson put emphasis on the history of the Rogues. As I mentioned before, the Rogues have played a major role in the Flash’s publication history. When the Flash and the Rogues banter, one can see how they all intimately know one another. The Flash knows that Captain Cold is right-handed and that Mirror Master is dating Golden Glider. That kind of familiarity mixed with the funny back-and-forth the Rogues share with the Flash made THE FLASH #15 extremely entertaining.

READ: Curious about what the rest of CW’s THE FLASH could have in store? Take a look at our thoughts here!

The amazing representation of the Flash and the Rogues’ chemistry isn’t the only aspect of this issue that made it stand out. The superb strategy the Rogues utilize in outsmarting the Flash was one of the highlights of the issue. In the past, the Rogues have occasionally execute a scheme where it’s been a challenge for the Flash. This time, the Rogues are able to come up with a plan that leaves the Flash feeling helpless. Since the Flash is a speedster, creating scenarios where he can’t immediately win can be difficult. I certainly wasn’t expecting the Flash to be practically helpless against the Rogues, so watching it happen was a pleasant surprise. The “Rogues Reloaded” arc is just getting started and yet the Rogues are already proving in this issue that they’re a force to be reckoned with! 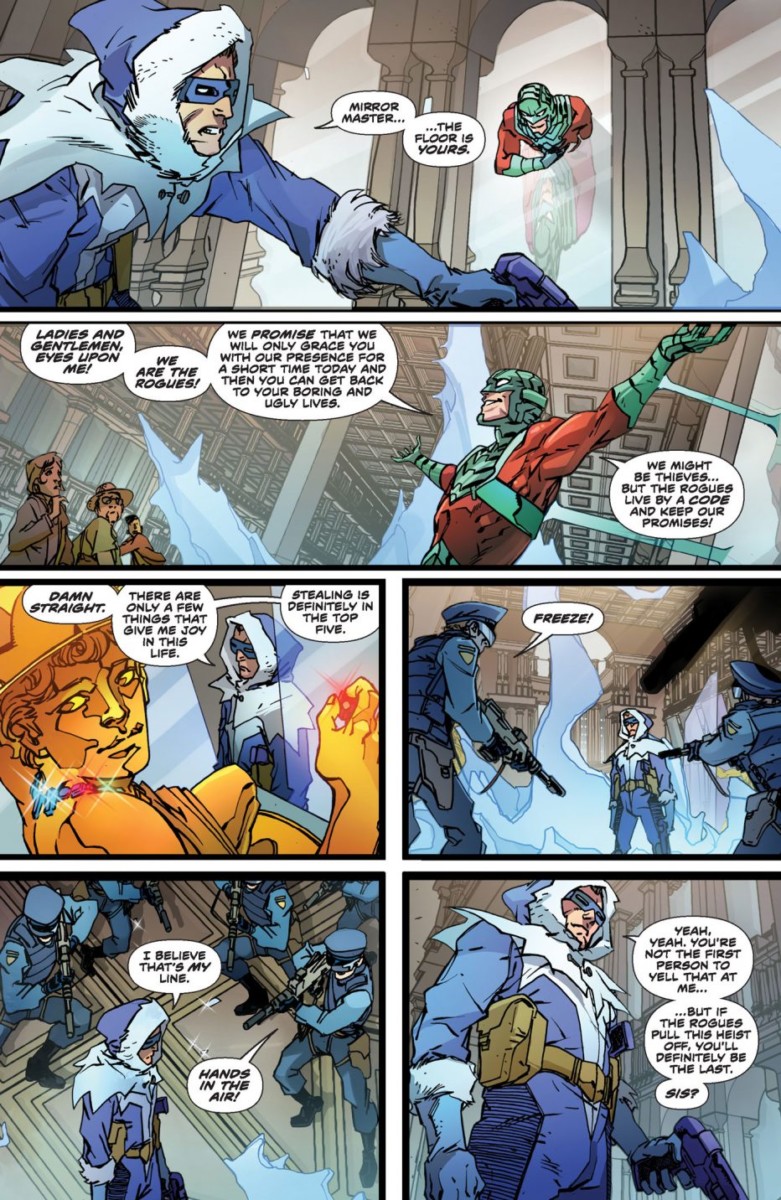 As for the artwork by artist Carmine Di Giandomenico, it’s well done but, personally, I’m not a big fan of this style. It has a very pastel look to it, which makes some of the character’s facial expressions seem smudged and unfocused. This art style is, however, excellent for action scenes. The blurriness of the visuals makes the brawls appear to move at a much faster pace. So for a character as fast as the Flash, this is perfect. The effectiveness of this art style is demonstrated when the Flash’s lighting crossed over multiple panels while fighting the Rogues. Not to mention the colors used throughout the issue were bright and vibrant, which go well with the Flash’s personality.

THE FLASH #15 features some great characterization of the Flash and the Rogues along with fantastic action sequences. The Rogues are definitely on the road to being viewed as actual threats again. Hopefully, the story will continue to impress. I’d definitely recommend for anyone who is a Flash or Rogues fan to pick up this issue!