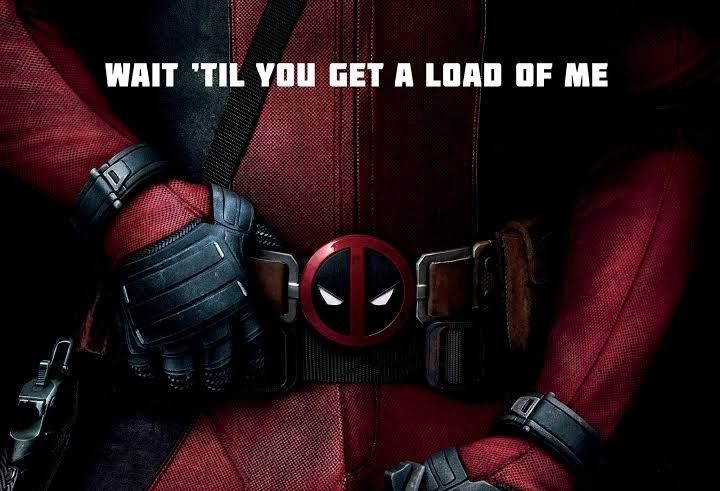 DEADPOOL, starring Ryan Reynolds, is already generating controversy ahead of its February 12th debut. Recently, the film was banned in China for what was deemed obscene and gratuitous violence.

Of course, obscene and gratuitously violent it likely is, given its R-rating in the U.S. and what fans know to be true of the notorious Merc with a Mouth.

The film’s conspicuous absence from the Chinese market is probably not indicative of Fox’s artistic integrity or their unwillingness to dilute the film. Rather, considering how well superhero movies perform financially in China, Fox’s decision not to censor the film is likely a testament to how unfeasible, both narratively and financially, crafting a PG-13 version of DEADPOOL would be. Sanitizing the film would mean cutting a majority of the footage and dialogue—an expensive and time-consuming prospect given the amount of post-production necessary for editing and reshoots to make the film even remotely intelligible. 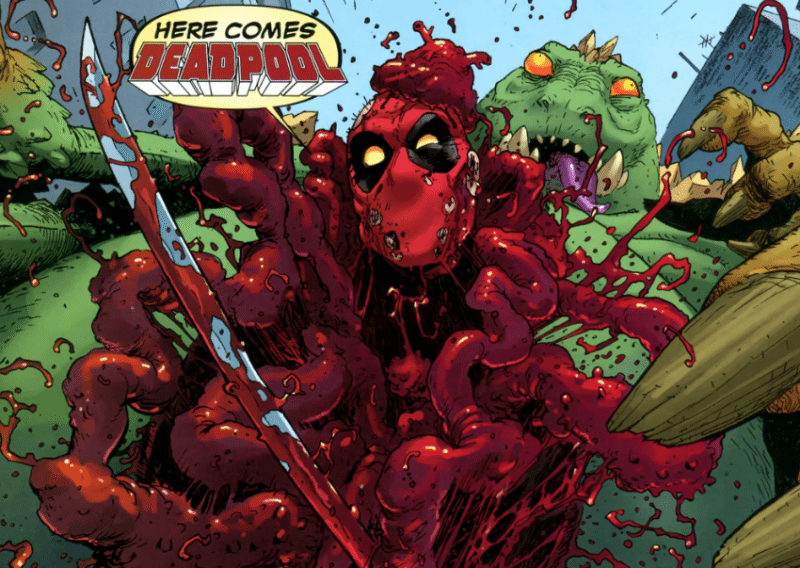 Ryan Reynolds probably said it best when responding to a question about the recent online petition started by YouTube star Grace Randolph asking Fox to simultaneously release a toned down, kid-friendlier version of the film: “I don’t think so. I mean, you saw it. That would be a very short movie. It’s almost a commercial at that point.”

Aside from the logistical challenges of making a PG-13 version of the film, a more important question remains: Why would we want one?

What makes Deadpool one of the more endearing and enduring characters in all of Marvel canon is the character’s unwavering dedication to his craft – being the rudest and crudest mercenary out there. In other words, he don’t give a f*ck. He’s a belligerent and boorish tour-de-force of violent and sexual energy, ready to lay waste to (or bed) anyone who may stumble in his path. He breaks the fourth wall and spares no prisoners. Wade Wilson is the definition of obscene and gratuitous, and that is just the way we like him.

WANT: DEADPOOL VS. THANOS #1? Click here to read our review!

The DEADPOOL comics are decidedly not for children. Aside from his boozing, cruising, profanity-spewing ways, DEADPOOL has touched on a lot of very serious and challenging topics, such as child abuse and abandonment, homophobia, and racism, albeit all in the highly stylized and satirical manner typical of the character. 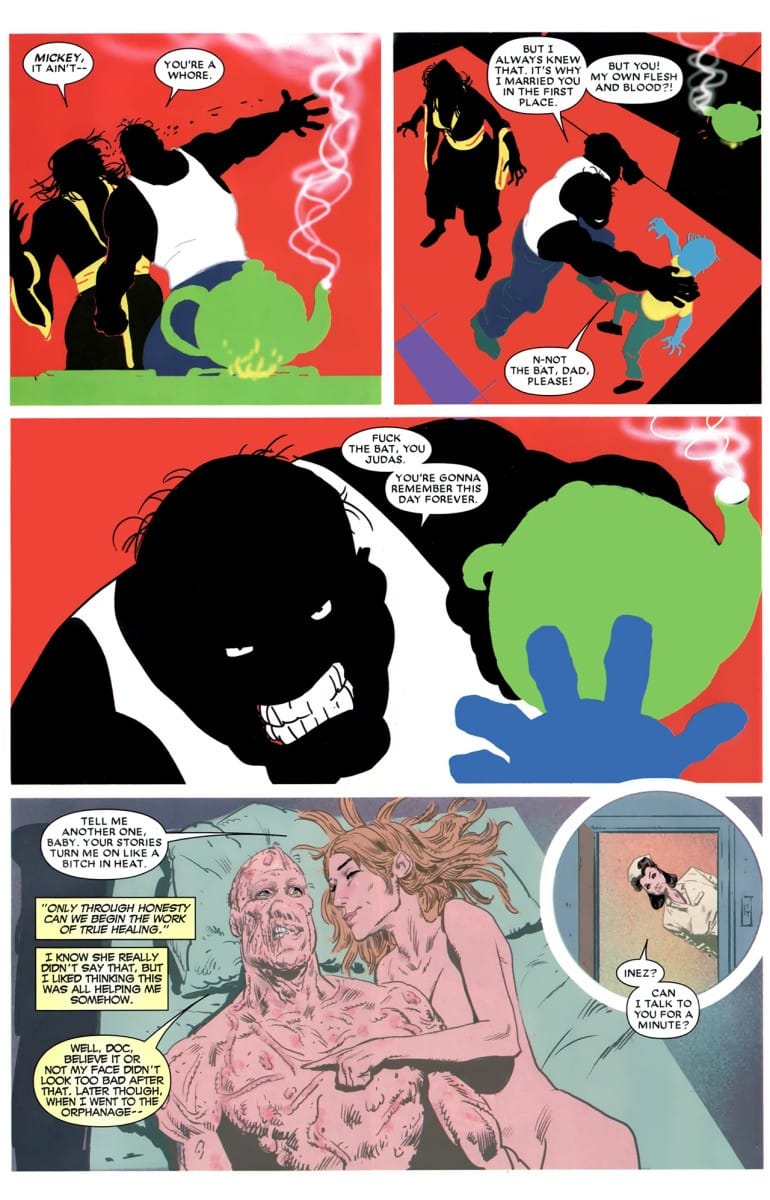 Whether Tim Miller has decided to incorporate these aspects of the comics into the film, we don’t know. Regardless, this example just goes to show how heavily the comics rely on adult themes. Although there may be some aspects of the comics that could be appropriate for younger audiences, they definitely won’t be the best parts, that’s for sure. 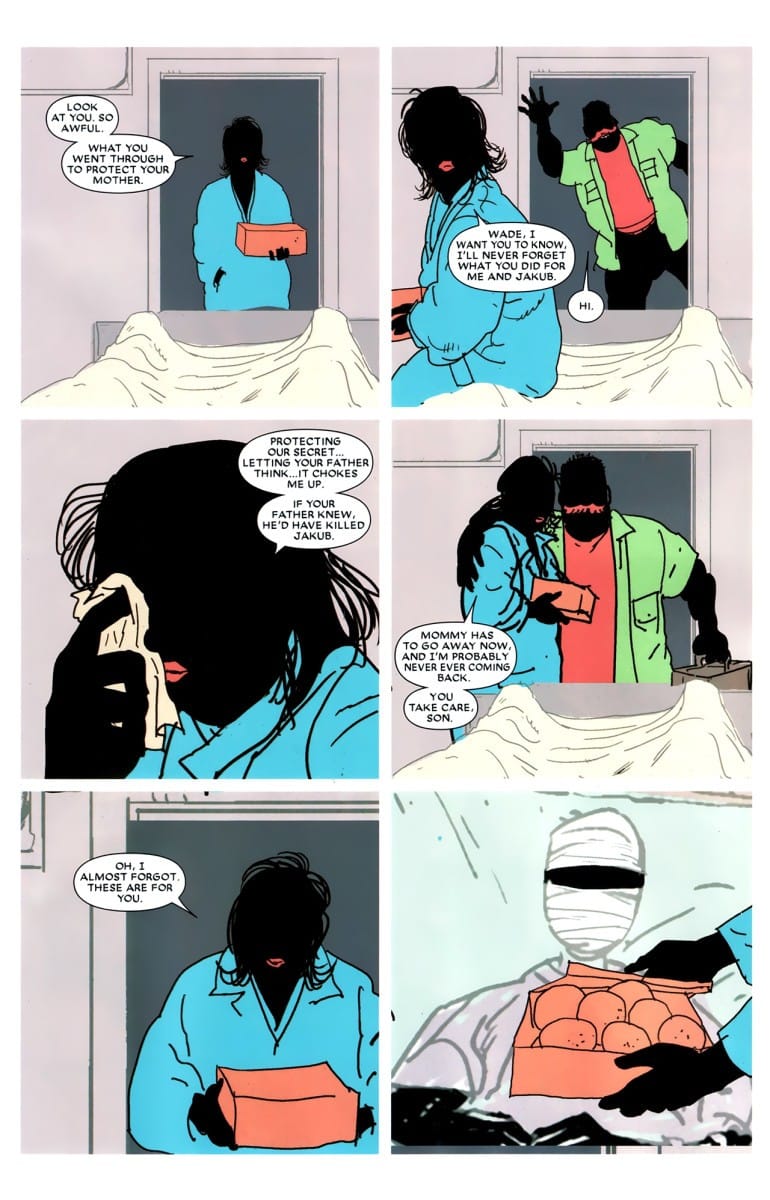 20th Century Fox already gave us a watered-down Deadpool once in X-MEN ORIGINS: WOLVERINE. They literally sewed shut his best asset- his shit-talking mouth- and fans everywhere revolted. A censored Deadpool is no Deadpool at all.

The DEADPOOL comics have always pushed the envelope with their outrageous and outlandish violence, sex, and crude humor with varying degrees of success. The R-rated insults in the film likely don’t even come close to the violent, indecent, and vulgar humor of the comics, but if the film can capture even the slightest bit of the real Wade Wilson and make audiences laugh in that “I don’t think it’s OK to laugh at this joke, but I can’t help it, it’s so damn funny” sort of way, then that’s a job well done in my book. Fans want to see a film that embraces and promotes the aspects unique to the character they love. That’s why a movie about Deadpool should be different from a movie about Iron Man or a movie about Black Widow. Superhero movies should not all be the same because not all superheroes (or antiheroes, in this case) are the same. They have personalities, and so should their movies.

Of course, offensive humor for the sake of being offensive alone is never in good taste. It only works when it points out the idiocy or lunacy of the speaker or doer. Sometimes the DEADPOOL comics get it right, sometimes they get it wrong, but as a fan, I can appreciate the fearlessness of the writers, artists, and editors as they tackle the material and straddle the thin line between hilariously offensive and just plain insulting.

I appreciate and applaud Tim Miller’s dedication to DEADPOOL and the entire team’s efforts to fashion a film that truly embodies the qualities fans love about the character and his titles. Of course, whether the film is any good in the end remains to be seen, but from what I’ve seen in the trailers and exclusive footage so far, I can honestly say I have not been this excited for a comic book movie in a long, long time.

Needless to say, I understand the disappointment and dismay younger fans may feel. To them, I can only offer this rather tired but usually true platitude: the wait is worth it. I imagine you would much rather see the R-rated DEADPOOL in its full explicit glory when the time is right than suffer through an incomprehensible and lackluster PG-13 version.