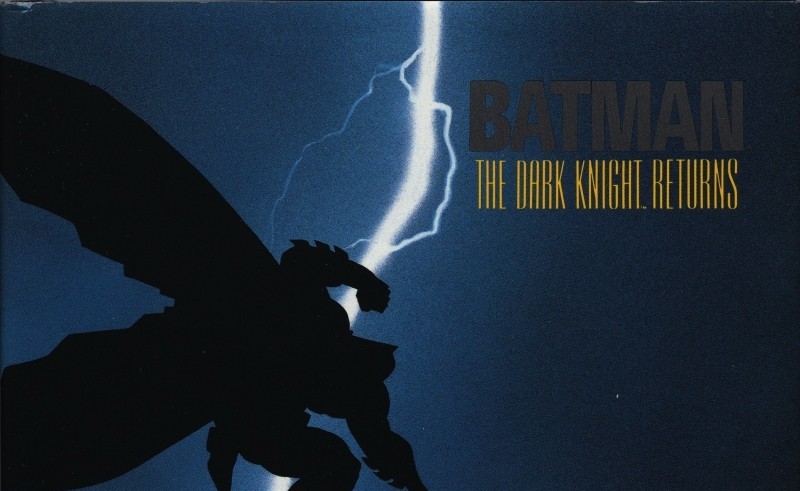 In 1986, Frank Miller and Klaus Janson produced perhaps one of the greatest Batman books ever written – THE DARK KNIGHT RETURNS.  Lynn Varley produced beautiful watercolour artwork that complemented the series, which was inspired by the 1983 movie SUDDEN IMPACT.  To give you an idea of how influential this series was, in 2005 Time chose the collected edition as one of the 10 best English language graphic novels ever written.  It pretty much transformed the Batman landscape – gone was the sleek beauty of Gotham, replaced with a haunting, brooding darkness that inspired Tim Burton’s movies. 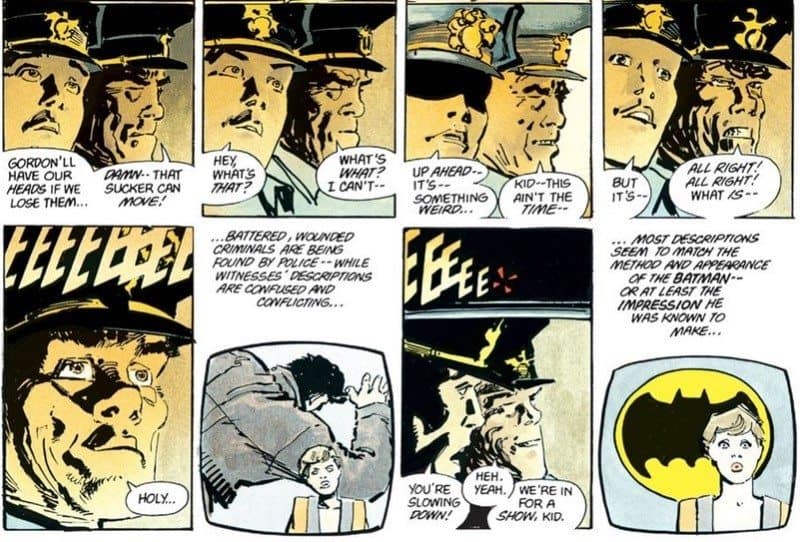 In many ways, THE DARK KNIGHT RETURNS is an unusual miniseries.  The structure of the panels alone is remarkable – tight, carefully controlled boxes, making the larger shapes stand out, and really bringing an emphasis to the occasional splash panel.

Miller’s plot is just as tight and well-thought-through.  He introduces us to a world that has been diminished by the loss of greatness – Batman retired ten years ago, and other heroes have slipped into the sidelines, courtesy of a libertarian society fearful of their greatness.  The scale and scope of the story increases carefully, introducing us to a world that is hauntingly possible.  In this world, safety-first pressure groups have killed the American Dream, replacing it with a nation where nobody dares to be outstanding. 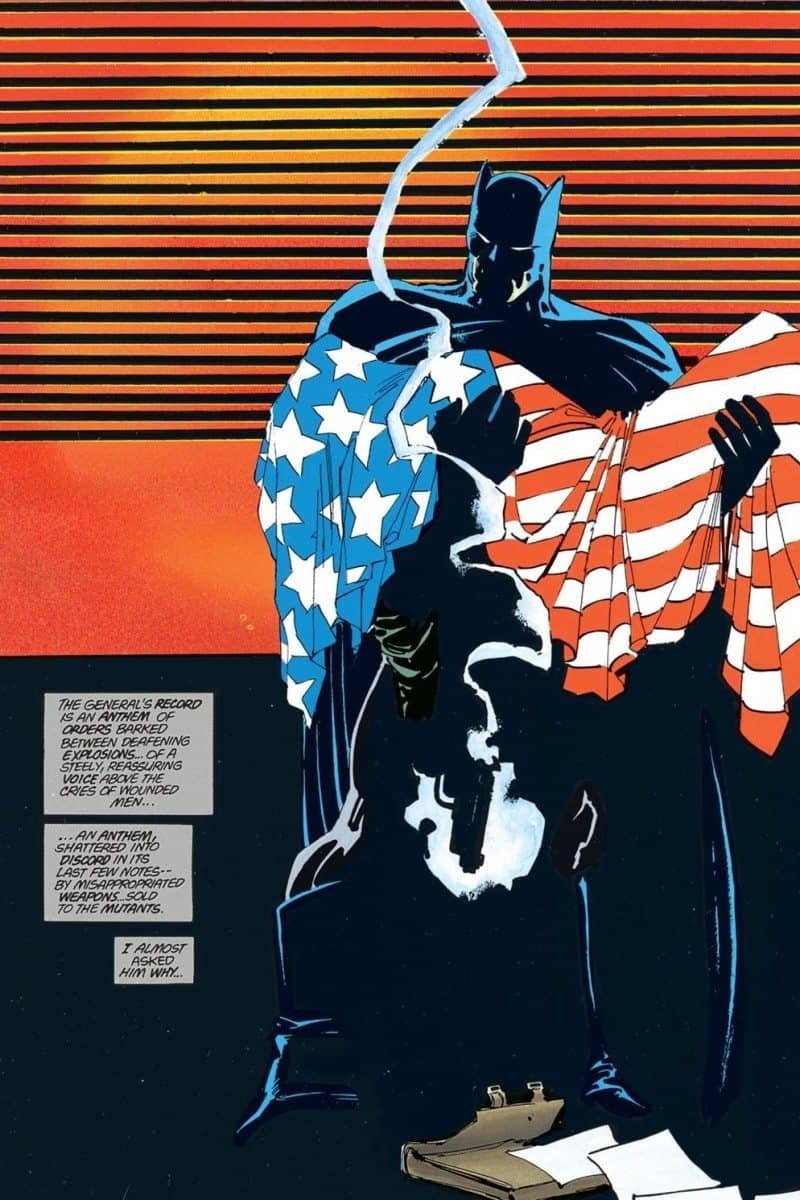 THE DARK KNIGHT RETURNS, though, is most fascinating as a piece of philosophy.  Time and again we’re faced with the question of whether heroes like Batman are truly a good thing, and the book leaves only an ambiguous answer.  At first, the frequent TV panels just seem absurd (Lana Lang gives perfect responses to them, speaking for the readers).

And yet, as absurd as this notion seems at first read, THE DARK KNIGHT RETURNS leaves us realising – however uncomfortable it may seem – that there is truth to it.  When the Joker makes his inevitable return, it’s because he’s inspired by Batman’s return.  And as Lana defends Batman – declaring that he’s never killed – we wonder how close the Joker will push him.  Miller’s conclusion here is brilliant, as the Joker truly gets the last laugh, with the two duelling in the Tunnel of Love.

Even more awkward is the argument that Batman is inspiring others to follow his path.  When TV panels discuss his impact on youths, it’s juxtaposed with a girl striving to become the new Robin, climbing up a drainpipe and nearly falling to her death.  She may save Batman’s life, but Carrie Kelley’s 13-year-old Robin is a disturbing figure, not least because Batman refers to her as “Good soldier.”  Even Batman’s own inner monologues refer to the death of her innocence as she follows him into the flames.

And yet, in a very real sense the book charts Batman’s own battle with his legacy.  He must confront those who would use his name in violence – who would chop off the hands of shoplifters, for instance – and rein in their, ah, enthusiasm, especially in Gotham’s darkest hour.

This isn’t a book with no humour; that is mostly brought by Alfred, whose wonderful sarcasm leaves you laughing as he disarms an otherwise dark book.  Alfred – and Commissioner Gordon, on the verge of retiring himself – are the two souls of this book, and this is as much their story as Batman’s.  These interludes, breaking up the action scenes, are used masterfully to control the flow of the story.  And the conclusion is truly epic, with a confrontation between Batman and Superman that has to be read to be believed.

Meanwhile, the book is further complemented by the sheer quality of the artwork.  Janson’s careful work truly captures every emotion, and you can’t help but empathise with the characters as you read through.  The splash-pages – and Varley’s beautiful work – are absolutely gorgeous, and so carefully-timed as to have maximum impact.  Everything has an earthy, gritty edge to it that really stirs the imagination.  Just look at the joy on Batman’s face as he takes the Batmobile into the field!

THE DARK KNIGHT RETURNS is easily one of the best Batman stories ever written, and a must-read.  It left a lasting impression on the Batman mythology, raising questions that comics and movies ever since have repeated.  Consider it unmissable.