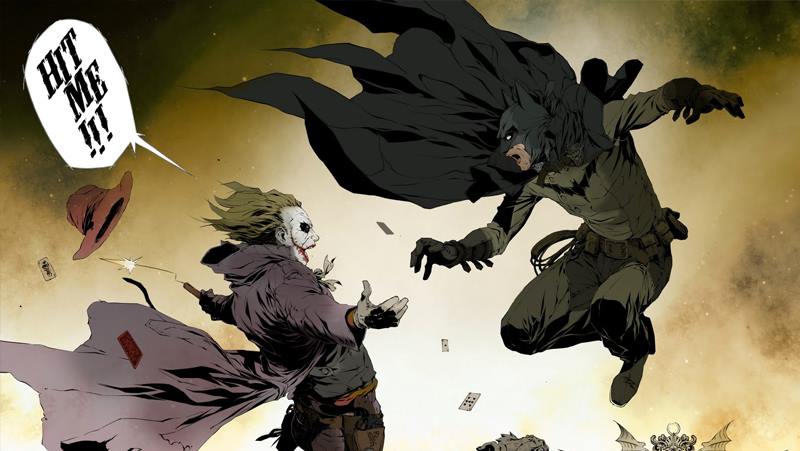 All storytellers know that tropes are perhaps the easiest way to set up an overarching plotline while attracting an audience. One trope that fits this definition to a tee is The Batman Gambit. But what is The Batman Gambit, and why is it successful?

The Batman Gambit trope is about understanding and using someone else’s nature against them. It relies on a character, or set of characters, reacting to a situation in a way that exactly fits their nature. By doing so, they end up falling right into the trap because of their own predictability. Sounds a bit complicated, but its simple psychology.

It’s about flaw manipulation. The hero knows exactly how their villains will react to certain situations, and creates a plan that uses those reactions to their advantage. It requires the hero to have incredible insight into the minds of their enemy.

The trope gets its name from the character who uses it most consistently—Batman, World’s Greatest Detective. Many times throughout his various iterations, Batman has used his enemies’ predictable flaws to his advantage and even gambled his life (and sometimes the lives of others). It’s one of the only constants in the ever-fluctuating medium that is DC’s canon. Where Superman’s greatest strength is his powers, Batman’s is his mind.

READ: If you like reading DC analyses, see how it compares to it’s biggest rival, Marvel!

Why is it so intellectually captivating?

The Batman Gambit’s main selling point is that it relies on human psychology. Nothing can be more confusing than another person’s mind. However in The Batman Gambit the user has to be clever enough to decipher their opponent’s ways of thinking, and then use that information to predict their reactions.

In our modern society, we are constantly faced with people trying to manipulate us. Whether they be the people trying to sell us something on the street or various news outlets trying to sway public opinion, there are always forces trying to change us. But usually we can avoid these situations because we know how to get rid of them. We may not be as clever as Batman, but we can handle your average citizen.

So you may think this doesn’t sound so tough because we can predict the actions of strangers, our closest friends, and family every day. But what about when the opponent is a non-linear thinking psychopath? What about when the person we’re trying to predict doesn’t follow the rules of basic human decency that our peers do?

That’s what it’s like for Batman when he goes up against the Joker, whose mind takes twists and turn most of us would not be able to follow or predict. In EMPEROR JOKER the Joker tortures and probes Batman’s mind to try to figure out what Superman’s weakness is. Batman purposely lets him see how much Superman loves Lois Lane because he knows that if the Joker goes after her, Superman will try even harder to save the day. He relies on knowing that the Joker would love to exploit Superman’s romantic feelings for Lois, and he also relies on Superman being easily fueled by the fear of losing someone he loves.

READ: If you like character analysis, check out NEW 52’s SUPERGIRL

So what makes The Batman Gambit popular?

1) Any character can use the trope.

The fact that the only thing needed to wield it is a great mind is what makes the trope one of the greatest used. There’s no shortage to who can set it up—hero, sidekick, or villain. Even just a regular person. As long as they’ve psychoanalyzed their opponent, they can go for it.

We’ve already talked about Batman duping the Joker, but let’s switch it up. For example, Christopher Nolan’s THE DARK KNIGHT TRILOGY, is a great showcase for the gambit being used by villains. In the second movie the Joker successfully pulls it off when he goads a police officer. The Joker knows exactly what to say to annoy the officer and get him to attack. But by getting close, the officer finds himself as the leverage the villain uses to trigger a bomb.

Even the total foil to Batman’s very existence can play the same game. It shows that The Batman Gambit is a tool that can be wielded by anyone with the brains to grasp it.

The Gambit can be as intricate or as simple as the writer chooses. The amount of combinations are infinite and even if the writer uses it in every issue, the story can be unique and interesting every single time. The reader can experience the trope numerous times within a series and not even realize it because of how much creativity it allows the writer.

3) The plan can backfire.

No matter what, The Batman Gambit is still just that, a gambit, a bet. It is in no way foolproof and can prove disastrous when plans go awry AKA the “failure condition.” Even one character making a small choice that differs from the one predicted can cause the whole plan to implode. Usually, the audience can see this coming from a mile away, which keeps them on the edge of their seat. Will the hero overcome the setback? Will another plot have to be hatched in order to save the day? They have to wait and see how it all pans out.

This omniscience is a luxury the audience doesn’t have in real life. Plans backfiring are relatable to our real life experiences. We’ve all had times where plans fall through or don’t turn out the way we thought they would. And it’s disappointing. But we understand that to err is human. Our heroes, no matter how smart they are, are not infallible, just like us. They make mistakes, which is what makes us able to empathize with them and become attached to them and their story.

READ: Like DC Comics? Check out what to read from DC REBIRTH

Across all comic book genres, The Batman Gambit has proved itself to be a successful and engaging trope to use when telling a story because of its intellectual appeal, flexibility, and roots in everyday human psychology.  For Batman, it works because he knows when it’s necessary to be tough. For characters like the Flash and Superman, they can’t help but fall prey to The Batman Gambit rather than plan one themselves. But no matter whether the heroes are the trapper or the trapped, the trope always keeps them coming back for more.