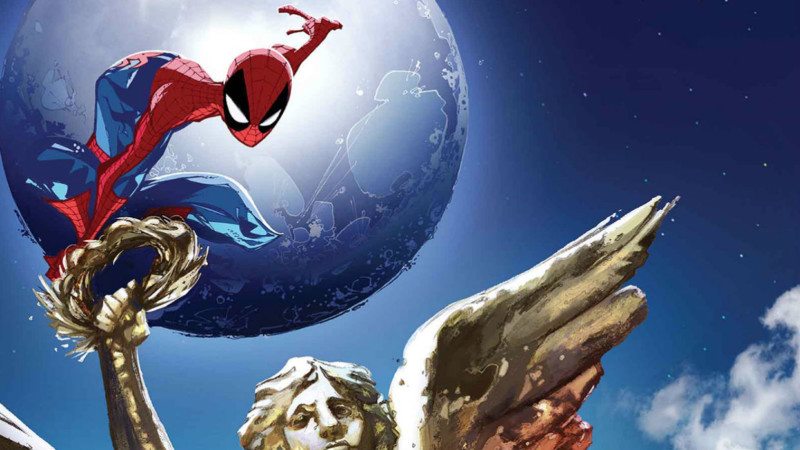 THE AMAZING SPIDER-MAN ANNUAL #1 is packed with tons of great Spidey moments. This issue is split into three wonderful short stories written by a diverse group of writers and artists. These stories offer a bit of variety to the usual Spider-man antics by sending him to different parts of the world.

The issue starts with the story “Mask of Death” by writers Humberto Ramos and Christos Gage, which takes place in Mexico City. Ramos and Gage explore both sides of Spider-man in this tale as CEO Peter markets his company Parker Industries and Spidey tries to save the city with his web-slinging. 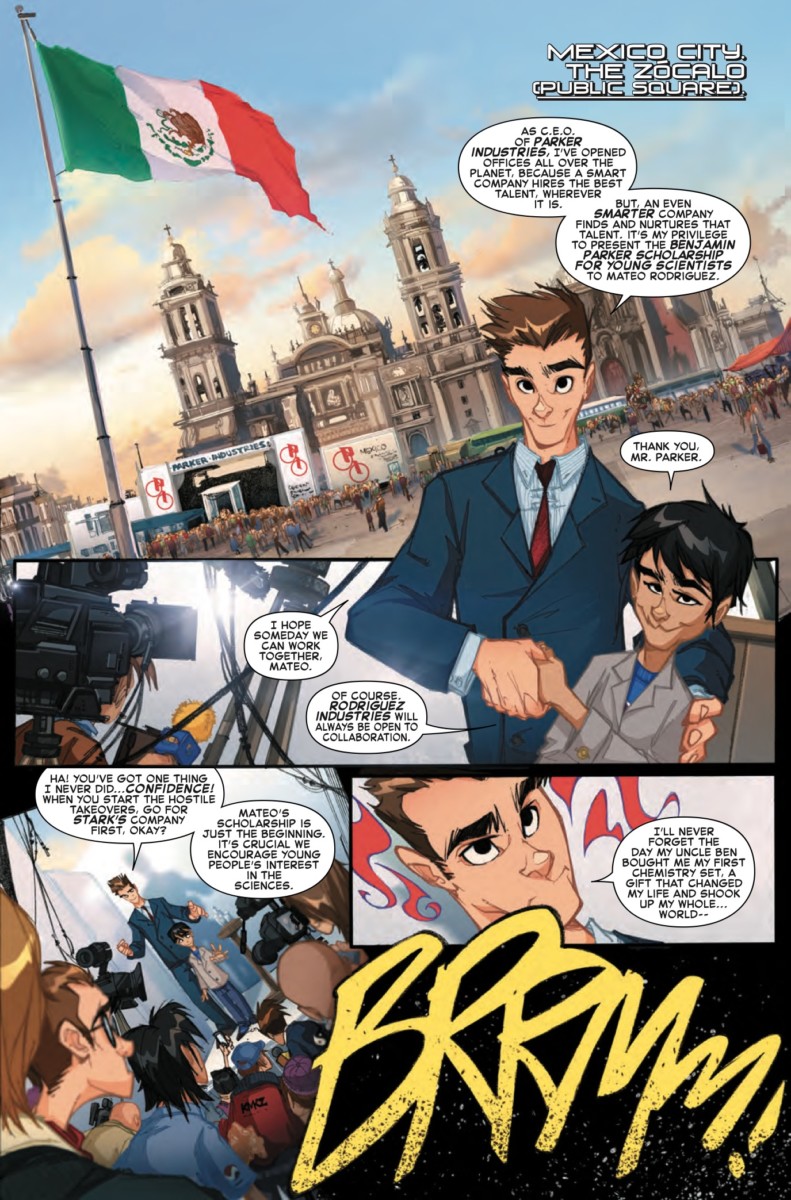 Not only do they offer us a look into Spidey’s heroic actions in Mexico City but they also offer us a different kind of villain. The inclusion of the Aztec demon-goddess Itzpapalotl is a nice change of pace from the usual Green Goblins in his comics. The writing is spot on in explaining her cultural origins to the point that it can come off as a decent history 101 lesson. This is actually done so well that if you really felt like googling the actual Itzpapalotl, you’d find that Ramos and Gage did their research well.

READ: Interested in seeing whats the latest to happen to the Amazing Spider-man? Check out this review of THE AMAZING SPIDER-MAN #21!

Along with this writing comes some visually appealing drawing from artist Francisco Herrera. His artwork suits the story well, giving us a beautiful look at the architecture of Mexico City. Spider-Man’s actions are also fluidly illustrated, which is masterfully done considering the somewhat jumbled up style of the panels. You would think that the panels would be hard to read, but the combination of the writing and art comes together extremely well structured. It also is important to note that this story comes from a predominantly Latino team. 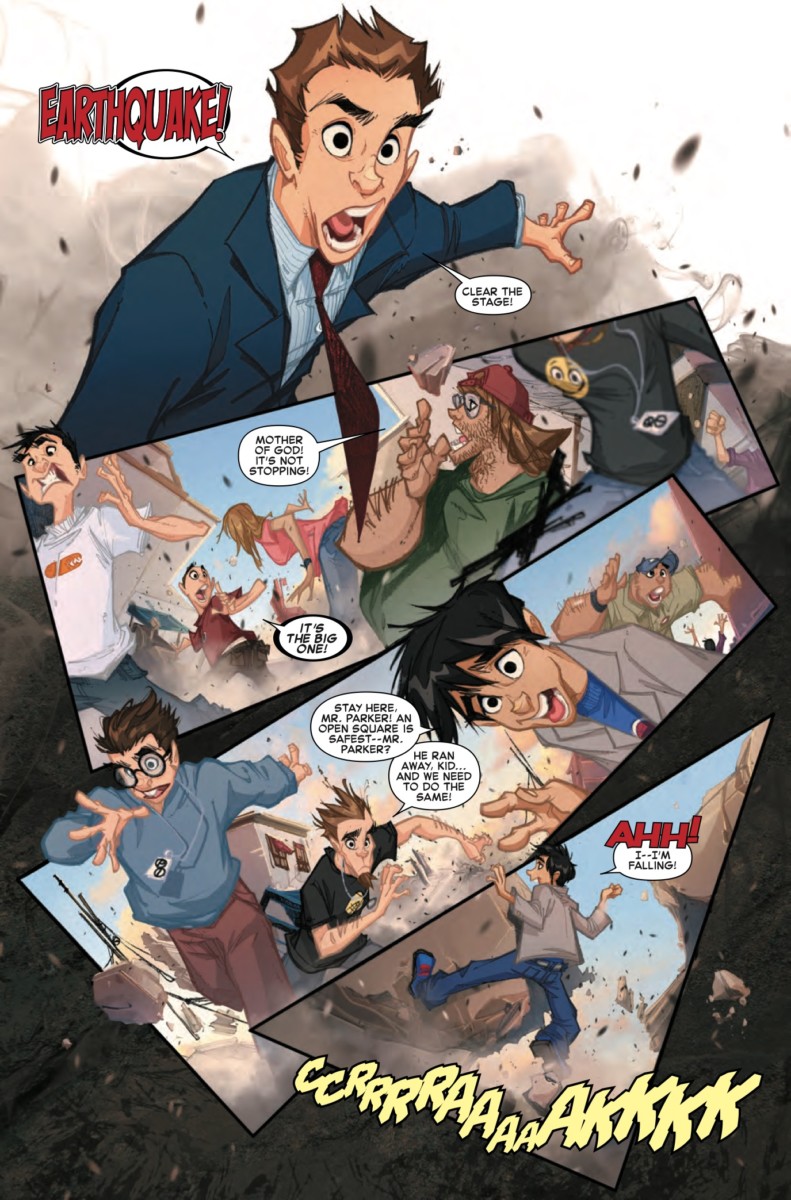 The second story “Neon Dragon” is written by James Asmus. It shows us what is happening in Shanghai’s Parker Industries branch while Peter is in Mexico City. This story features the Marvel team of Cloak and Dagger, known for their superhero war on drugs. It follows the duo as they team up with Parker Industries to fight off a new threat. This may have been one of my favorite parts of the issue as a whole.

Neon Dragon’s debut in THE AMAZING SPIDER-MAN ANNUAL #1 is a fun new look into the super villains of other countries. His character is not only stylish but also well written. As he says, “I come, not to devour–but to liberate you,” It’s an amazing introduction, especially when you consider that we are meant to imagine his words being spoken in Mandarin. We can thank legend Alex Ross for designing this character, as well as Asmus for his extraordinary dialogue. 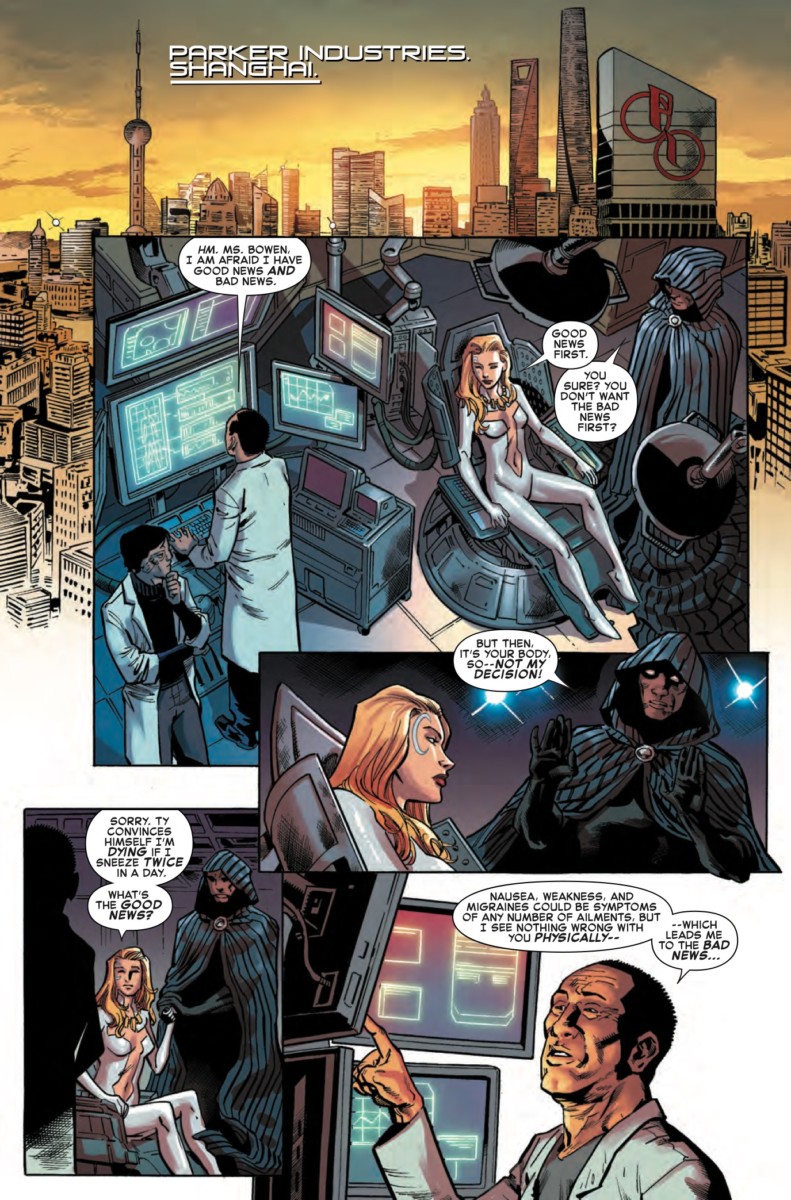 Duo Cloak and Dagger’s chemistry is also well developed by Asmus. The quick wit of his writing fits as a temporary replacement for the lacking presence of Peter in this story. Though Peter makes a minimal appearance, it still works as an awesome plot in his universe. The way all of these secondary characters come together is masterful.

Lastly, there’s the most interesting story of the three. “Whose Crime is It, Anyway?” is written by the hilarious comedians Wayne Brady and Jonathan Magnum. This story follows Spidey as he tries to find his humor and sarcasm again through improv classes. Brady and Magnum prove that comedians can be great writers for any medium, especially comic books.

This comic nicely throws Spider-man into a story built around comedy, something he is already familiar with. It comes packed with punchlines–both joke wise and literally with punches. 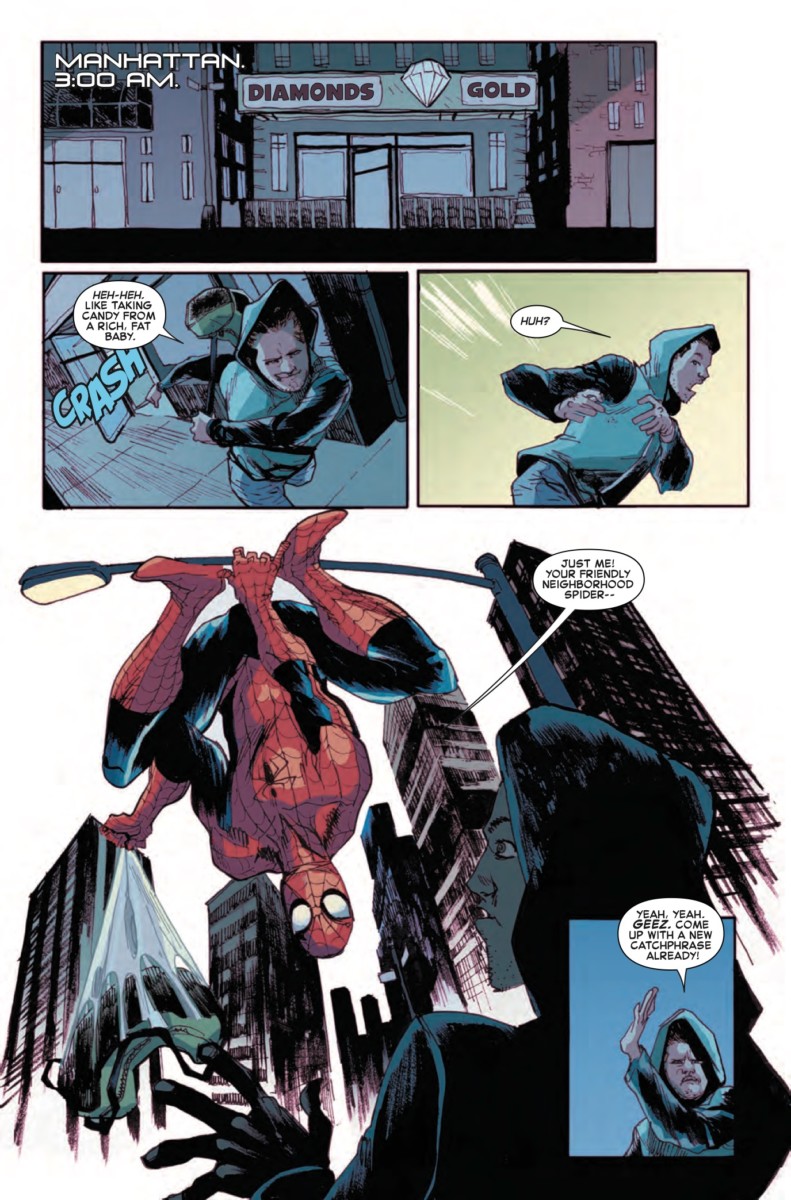 Artist Bruno Oliveira also illustrates this story in a way that makes it feel like a skit. The way he draws Spidey blasting through a glass window is pretty funny. I can imagine it happening on a stage as Wayne Brady narrates.

READ: Want to read more stories featuring Peter Parker? Check out this review on THE AMAZING SPIDER-MAN: RENEW YOUR VOWS #1 to see the Parker family fight crime together!

THE AMAZING SPIDER-MAN ANNUAL #1 is a great addition to the Spider-man annual collection. I enjoyed it so much that I’m actually quite sad these stories are just a stand alone plot. I’d love to see more of Neon Dragon in Marvel comics in the future. I’d also love more written stories by Brady and Magnum. Hopefully, Marvel takes its queue from this great collection of stories for all future annuals.

What did you think of Neon Dragon’s introduction to the Marvel Universe? Would you like to see Wayne Brady write more comic books? Let us know your thoughts below!