This month ComicsVerse is talking about what makes us happy and thankful. November is all about Thanksgiving and a little TLC to the ones you love — so, in light of that, we are doing a Thankful Series. A series all about what makes us joyful whenever we see it, play it, touch it, or eat it. There are no limits to being thankful, and we hope you express what you are thankful for too this month. Let’s get into Soren’s love for fighting games!

Hadouken! Shoryuken! Tatsumaki Senpukyaku! Sound familiar? STREET FIGHTER should instantaneously come to mind. These special attacks are so popular that they’ve been timelessly incorporated into pop culture. Also, these moves alone established the norm for every standard character in 2D fighting games.

A good example is GUILTY GEAR’s (GG) Ky Kiske. Similar to Ryu and Ken, Ky has Stun Edge (Hadouken), Vapor Thrust (Shoryuken), and Greed Sever (a pseudo-Tatsumaki). As such, without these moves, Ky or any other similar fighting game character would not have existed.

Without the series itself or specifically STREET FIGHTER II, there would be no foundation for future fighting game titles. It’d be very disheartening not to have the concept of “combos” let alone characters. Due to this, I’m grateful (as I’m sure you fans and players are as well) that STREET FIGHTER exists. Without it, I wouldn’t be thankful for the fighting games I have played today nor the wonderful people I have made friends with through community and similar interests.

So hello fellow readers! The name’s Soren and I’m ComicsVerse’s resident fighting game writer here to tell you how thankful I am for these three fighting games that have been a crucial part of my life:

Welcome Back to the Stage of History — SOUL CALIBUR V (SCV) 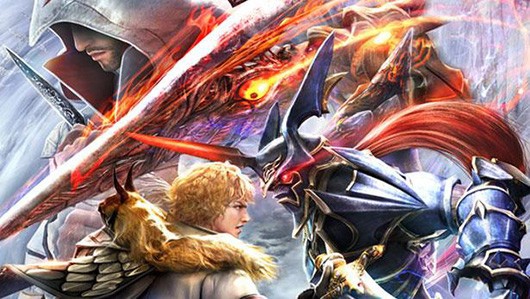 Honestly, when it comes to the SOUL CALIBUR series, none of the iterations can match the first title with its classic characters and weapon-based combat system. If it’s competition, however, I’d have to go with the fifth installment. Some fans of the series may disagree with me on this and say the second title is a better choice. Well, that’s all right because I agree as well.

SOUL CALIBUR II (SCII), after all, is the title that got me into the series as a kid. Ever since its release, I’ve played and followed every sequel. It wasn’t until recently at a local game shop that I got to enjoy the first title on the classic Sega Dreamcast. I can see where SCII got its charm from with its polished graphics and updated mechanics. Also, the addition of both new and guest characters only made the second title better. I still miss the days when I played the GameCube version.

Well, it was the first fighting game title I entered a major tournament for back in 2012. Specifically speaking, it was the Evolution Championship Series (EVO). While I only made it halfway through my pools (quite decent for a new player), the experience itself was breathtaking. Even though I trained and built up experience with my favorite character (I’m a Siegfried main), nothing prepared me for how nerve-racking my matches were. 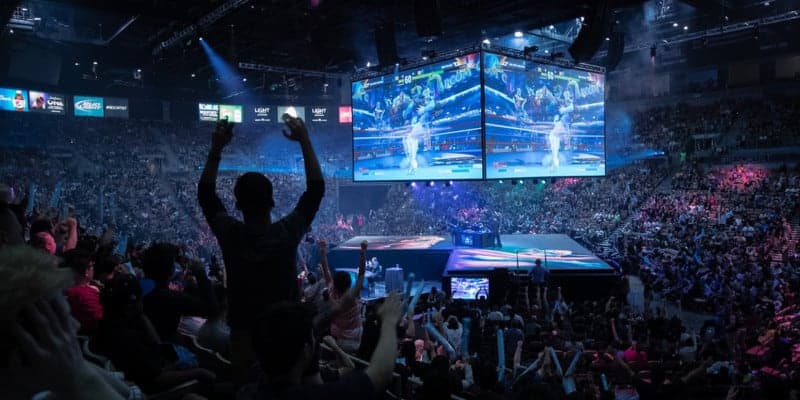 I only faintly remember that I fought and defeated a Natsu. I may have even resorted to the top-tier Nightmare. Although I like Siegfried for his stance-based fighting style that provides decent mix-ups, Nightmare’s relative ease of use and damage output helped win games (sometimes) — especially when “Ring Outs” were involved. Also, both characters have similar playstyles. So, there wasn’t much to learn between the two aside from Siegfried’s many stance options.

All in all, I’m thankful that SCV was the first competitive fighting game I entered at EVO 2012. Without it, I wouldn’t have met some amazing people in the SOUL CALIBUR community or even have thought to venture to Las Vegas for a tournament. This experience would eventually teach me that there’s more to fighting games than winning. It’s also about having fun, which is something you should always try to seek in life. I can’t thank a certain SOUL CALIBUR player enough for that (hope you see this!). 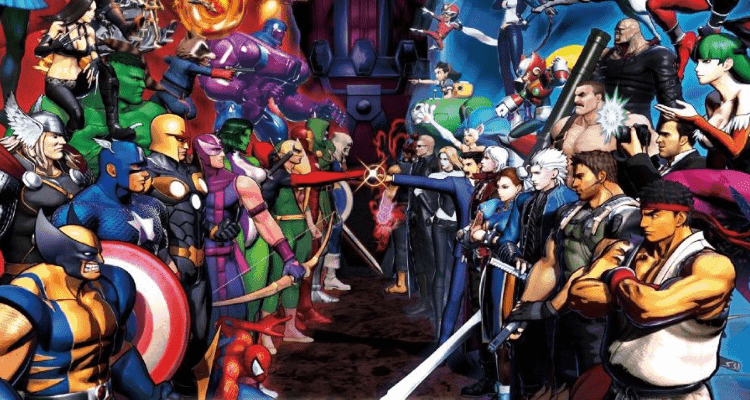 Yes, this is from ULTIMATE MVC3, but it works! | Image courtesy of Capcom.

Allow me to tell you the brutal truth: I hated MARVEL VS CAPCOM 3 (MVC3). Anyone can agree that getting hit once and combo-ed to death is pretty worthy of hatred. However, the “touch of death” and other cheap tactics (infinite combos) have always been part of the charm in the MVC series. As much as I hate the cheapness, I cannot deny the dedication and ingenuity of players who invest their time to find these techniques and tactics.

So, in actuality, I don’t hate MVC3. Honestly, I love watching high-level gameplay and the creativity behind combos. I especially love watching unique teams, since you don’t see much variety in tournaments aside from the usual top tier teams. As for playing the game itself, I’ve been pretty much done for a long while now. I’ll still indulge in it with friends sometimes.

Not So Humble Beginnings & a Discovering a New “Home”

Before SCV, I attempted to play MVC3 competitively. It was my not so humble beginnings into the competitive fighting game scene roughly around 2010 to 2011. I say “not so humble” because there were certain values (respect, sportsmanship, etc.) that I hadn’t yet come to understand. My biggest gripe was that I only saw a game by its cover, not by its true value. It’s what I’ve come to realize with MVC3 and its updated version, UMVC3. 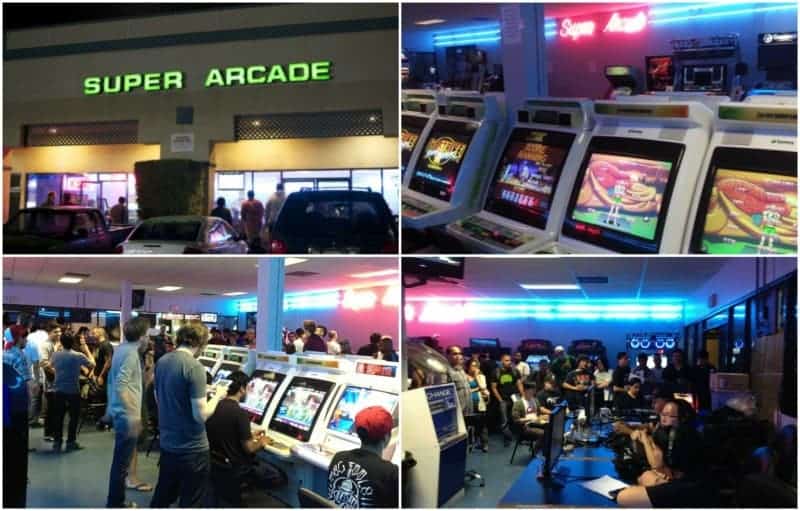 Specifically, MVC3 looked simple to get into, judging by its four-button layout and “easy” combos. For the latter, every fighter follows a universal combo system. In MVC3’s case, it was weak to strong into launcher followed by an air combo that would lead to an aerial knockdown, which of course can be extended again with an assist character. Yes, I was a simpleton for believing that MVC3 would be easy — no tag team based or crossover fighter is simple, for starters.

Lesson learned: there are no easy fighting games. Just like life itself, you have to work hard to succeed. Fighting games are similar. It’s the cold hard truth with MVC3. I found that it’s better to stick with the fighting games or anything that you love. It’s the passion that counts after all. For me, that passion flowed in SOUL CALIBUR, but I learned just how important it is to stick to it and improve from MVC3. And if it weren’t for MVC3, I probably would never have set foot into Super Arcade in 2011. As one of Southern California’s most beloved arcades, it’s worth checking out! It may be defunct, but it’s coming back!

Will the Low Become the High? — PERSONA 4 ARENA

If the “low” did become a “high,” then it’d be an unblockable attack. For beginners, you either have to block low (crouch) or high (standing). However, that’s beside the point of this article. The next fighter that I’m thankful for having in my life is PERSONA 4 ARENA (P4A).

Without it, I would not have been introduced to SoCal’s anime FGC (fighting game community) nor met some of the friends I have today. Furthermore, this was the fighting game that showed me how remarkable the PERSONA series is. For the latter, P4A skyrocketed my interest into the main series, and soon my whole outlook on life changed. All I’ll say is that I became a huge fan of the series. I’ll save the fan and outlook stuff for another time.

So, just how did I embark on my journey to P4A?

A fighting game’s competitive lifespan is dependent on the company and its audience — the players and the community. Much like any commodity or fad, if there’s no support for a fighting game, then that game will “die” and be replaced by another, more popular one. It’s an ongoing cycle. That’s what happened with SCV and its competitive scene after EVO 2012 — it was slowly “perishing” as TEKKEN TAG TOURNAMENT 2 was taking the 3D fighter spotlight.

I didn’t fully drop SCV if that’s what you’re wondering. It still had a competitive lifespan at various significant tournaments in North America. I only gradually stopped competing in it sometime in 2013 before I focused more on P4A, which I picked up shortly after EVO 2012. So what made P4A fun? 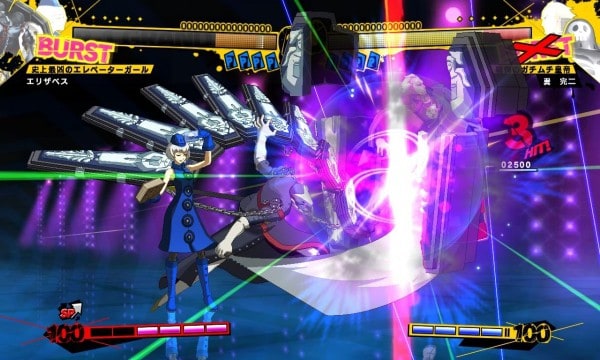 Putting em’ into the coffin. A classic!

It was the easiness and the fact that you could summon Personas, which act like puppet characters. The character designs looked bland (this was before I looked into the JRPG), just controlling and summoning an extra entity to attack added uniqueness and depth to the combat. I rather enjoyed my time managing PERSONA 3’s Elizabeth (Liz), whose playstyle revolved heavily around her Persona Thanatos.

Personally, I loved using Thanatos to control the screen with his lasers or having him chase the opponent down. Liz, however, proved difficult. If Thanatos perishes (which happened more often than not), then I would be rendered with half a character and less damage. As such, as simple as Liz’s game plan is to put opponents into her dreaded coffin super, it still takes skill to manage Thanatos. Furthermore, Liz struggled against most of the cast — she only had two or three good matchups.

Nonetheless, by the time the P4A sequel hit America in 2014, I chose a more comfortable and top tier character. Despite the switch, I still didn’t win much, but that’s okay because I had fun, which is the name of the game. If you’re not having fun, then why bother right? Winning is only half the battle. My advice: if you truly want to win, then you also need to learn to have fun!

So there you have it! SOUL CALIBUR V, MARVEL VS CAPCOM 3, and PERSONA 4 ARENA are the three fighting games that I am most thankful for changing my life. Without them, I wouldn’t have found a community or “home” to belong to when times were rough. Also, I wanted to reiterate that I’ve built some pretty awesome friendships since I started competing in these three games. So, shoutouts to those who have helped me come a long way. Without you guys, I surely wouldn’t have found the confidence and joy I needed to continue trudging on in life. 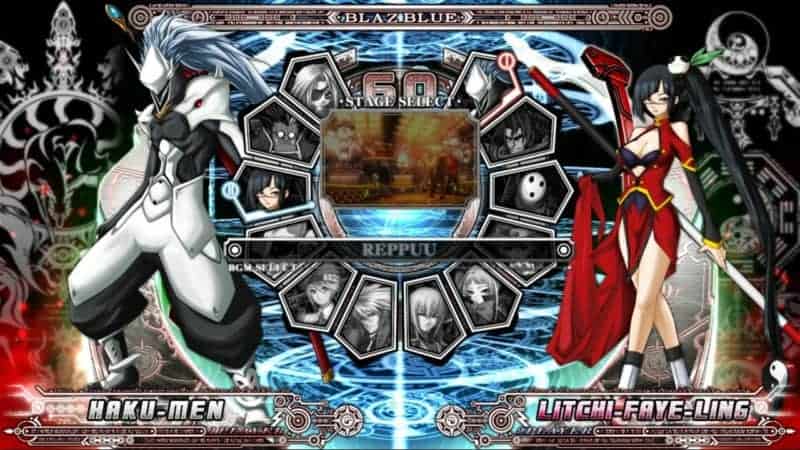 BLAZBLUE CALAMITY TRIGGER and one very competitive friend sparked me to get into the anime fighter genre.

Furthermore, I also wanted to give thanks to certain other titles from my childhood for influencing me into the fighting game scene. Thank you, STREET FIGHTER ALPHA 2, TEKKEN 3, SOUL CALIBUR II (this one’s a keeper), and BLAZBLUE (a significant influence for me to get into anime fighters).

I also want to thank those who’ve helped influenced me to delve into this genre when I was a kid, teenager, and a young adult. They include my father’s roommate, who introduced me to old school arcades, a high school friend who’s super into STREET FIGHTER, two college pals whose major advice was either “don’t get hit” or “learn your fundamentals,” and those from my junior college. Even if this article may not reach your eyes, you guys are the best! Thanks for being a part of my life!

What’s Next for Me?

Well, I may not be a competitor anymore (remains to be seen), but I don’t think I’ll ever quit playing this fun and intriguing genre of high-level rock-paper-scissors. I’m sure there’s still more fighting games to be discovered and concepts I haven’t learned yet! So for now, it’s only a matter of discovering them and finding the time to play them. There’s just too many fighting games. All in all, do what you love right? My name is Soren and thanks for playing — err, reading!

Have a wonderful Thanksgiving!