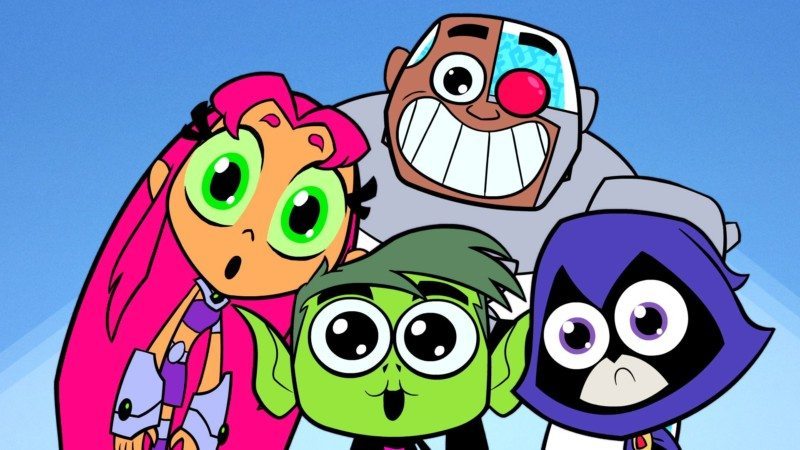 Cartoon Network has entered a sort of renaissance. With complex plots, creative animations, and dark backstories, many have argued that cartoons now are better than they’ve ever been. But amidst the masterpieces lie a few duds, one of the most controversial and universally loathed being TEEN TITANS GO. 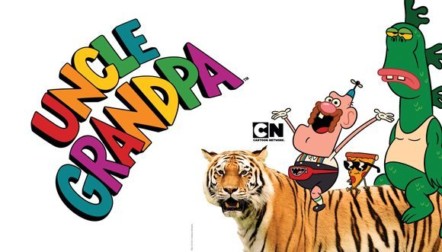 Well, there’s also this, but even I can’t defend it.

A spin-off of the original Cartoon Network series, TEEN TITANS GO faced an uphill battle from the moment of its announcement. For starters, it was inevitably compared to its predecessor, a more serious show that many grew up with and held close to their hearts. The second issue is that it replaced the wildly popular show YOUNG JUSTICE, which immediately led to a great deal of vitriol. All of a sudden this bright, loud, and childish show was replacing one of our favorite cartoons.

When it came out, people were stunned that all of the original voice actors returned to reprise their roles. But any hope of a return to form was shattered with the show’s pilot, which was just as obnoxious, inane, and saccharine as everyone expected.

The show itself has polarized critics. Common Sense Media gave the a show a 4 out of 5 and IGN gave it a 7.8 out f 10, but it has mediocre scores on both IMDB (5.2 / 10) and Rotten Tomatoes (47%). I know I’m going to catch a lot of flak for this, but it’s my job to play devil’s advocate around here, so I’m going to step into the line of fire and ask a few tough questions:

Is TEEN TITANS GO really such a bad show? Is there anything good about it? Is all the hatred warranted?

TEEN TITANS GO is not a good show, but there are a few things about it that make it an entertaining distraction.

The Plots are Hilariously Pointless

TEEN TITANS GO originally hooked me in because of its similarity to AQUA TEEN HUNGER FORCE. Both shows are supposed to be about one thing (superheroes in TTG’s case and detectives in ATHF), but the plots quickly become derailed by petty arguments, bizarre hijinks, and mundane scenarios taken to supernatural extremes. An average episode will likely feature an intentionally forced, kid-friendly moral, a mundane situation revolving around it, and an insane climax that rarely resolves the conflict (and in many cases makes things worse).

A good example is the episode “Serious Business.” Robin thinks the Titans waste too much time in the bathroom, so he enforces a 5-minute time limit. After the Titans become horrifically dirty, Robin himself becomes the one taking too much time in the bathroom, hogging it from everyone else. In the end, all the bathrooms in the world come to life, reveal themselves to be aliens sent to keep people clean, admonish Robin for his selfishness, and leave the planet forever. 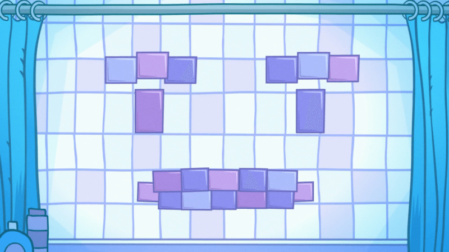 Another example is the episode, “Books“. What starts off as another forced, kid-friendly moral (reading is fun!) quickly devolves into a violent climax when the Titans grow so obsessed with reading that they decide to use dark magic to bring their books to life. The episode ends with the Titans learning the valuable lesson that reading is dangerous, and no matter how fun it is, they should avoid it at all costs.

Yes, this show has the nerve to teach kids that reading is dangerous.

No one learns anything, no one becomes a better person, and the show gives you the finger if you were expecting anything else. TEEN TITANS GO is almost nihilistic in its approach to the sitcom. It’s a show that doesn’t care, and, while that would normally result in a completely terrible experience, it’s almost refreshing in its honest cynicism. A lot of mediocre cartoons these days pretend to be deep or insightful without really saying anything. TEEN TITANS GO is surprisingly self-aware. It knows what it is: junk food. You may think a show with such bad lessons and false-morals would be bad for kids to watch, but they’re so bizarre and obviously wrong that even the youngest of children wouldn’t take them seriously. Besides, this is only an issue if kids are expected to look up to these characters, and it’s made pretty clear that they’re not.

The Characters are Amazingly Terrible

TEEN TITANS GO is a show about selfish, petty people doing selfish, petty things and getting punished for it. Oh, and occasionally there might be some crime-fighting.

The characters in TEEN TITANS GO are shamelessly despicable. Robin is arrogant, incompetent, and pathologically neurotic. Starfire has violent mood swings that often end up destroying the city. Cyborg and Beast Boy are stupid, petty, and destructive, their antics often hurt dozens of people.

They try to murder this man over pizza. No, that’s not an exaggeration.

Raven pretends to be mature and intelligent but stoops down to the rest of the team’s level in the name of revenge, spite, or simple boredom. Together, they’re a lazy, dysfunctional, and incompetent group of teenagers who are designed to be ridiculed and laughed at rather than admired and looked up to.

Ironically, the show’s villains are much more likable. They’re friendly with one another, care about each other, and are actually much more fair in their dealings than the cheating, scheming, overly violent Titans. In the episode “Artful Dodgers“, the Titans join a dodgeball tournament so they can easily win against small children. Their plans are sabotaged when the villains decide to compete against them, forcing the Titans to choose between working hard and practicing, or cheating.

What do you think they choose? If you picked cheating then congratulations: you’re beginning to understand this show. 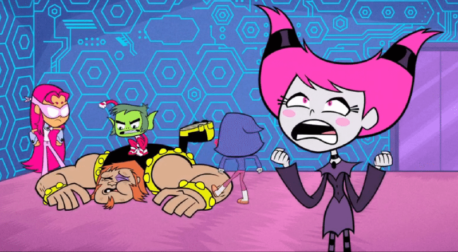 Yeah, tell me again how these are the heroes.

The episode ends with the villains winning the tournament, but not before the Titans call the police on them and win by default. It would be one thing if the Titans’ horrible behavior was just a result of bad writing, but you’d have to actually try to make the heroes this villainous and the villains this heroic.

Now, you may be wondering how the audience, mostly young children, are supposed to know that they shouldn’t be rooting for the main characters. I think kids are smarter than we give them credit for. The cruelty, laziness, and destructive conduct of the Titans is so blatant and extreme that the average kid knows it isn’t proper behavior. What’s more, their behavior isn’t portrayed in a way that comes off as “cool” or “fun”. Kids are laughing at the “heroes”, not with them.

I’m a big fan of shows like IT’S ALWAYS SUNNY IN PHILADELPHIA—shows about entertainingly bad people doing entertainingly bad things. While TTG doesn’t come anywhere near the brilliance of SUNNY, it can still be a distracting treat for anyone who loves goofy, cynical comedy.

It Brutalizes the Superhero Formula

Perhaps the best part of TEEN TITANS GO is its willingness to poke fun at the overly used tropes of superhero media. Every cliche, every repetitive plotline, every overdone character dynamic is brutally foiled and subverted on this show. The relationship between Robin and Starfire, originally your typical will-they-won’t-they routine, is satirized in almost every episode. Robin sees himself as the brooding but attractive superhero who will inevitably “get the girl,” but repeatedly comes off as creepy, misogynistic, desperate, and downright pathetic. Starfire alternates between pitying Robin, to completely misunderstanding his flirtations, to openly showing her disdain for him—often with violent results. Slapstick is the backbone of humor, and watching Robin get his comeuppance is always satisfying to watch. Besides, I think it’s funny to see an innocent, adorable character act so violently. 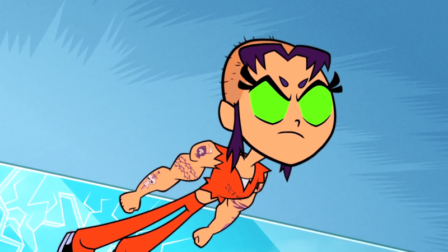 Starfire is actually pretty evil in this show.

As stated before, the villains are often more likable, sympathetic, and well-mannered than our so-called “heroes,” turning the tables on the entire superhero-supervillain dynamic. The show is acutely aware of what it should be doing, and actively puts effort into doing the opposite.

If you have any doubt that TEEN TITANS GO is self-aware and satirical, I recommend watching the episode “Let’s Get Serious“. In it, they bring back the characters from YOUNG JUSTICE, who mock the Titans for being too silly and not serious enough. Sound familiar? The Titans take offense to this and decide to make their entire show more serious. The art-style changes, and the characters become brooding, dark, and melodramatic.

They end up going too far, however, and their over-emotional behavior ends up breaking apart the team. The YOUNG JUSTICE characters become scared and concerned for them, admitting it’s okay to be silly sometimes, but it turns out to be too late. The episode ends in an intentionally depressing manner, closing on the Titans parting ways forever.

This episode is a microcosm of the controversy surrounding the series. People look down on TTG for being stupid and lacking substance. In response the show goes to the opposite extreme, satirizing the corny, overly-brooding tropes comics can fall into when they try to be too dark and serious. The show is openly mocking those who hate it, admitting its own stupidity, satirizing the tropes of its predecessors, and using characters from the show it replaced to add insult to injury. This show has balls.

Does every show have to be insightful, intelligent, and deep? Or is there room for simple, inane silliness alongside the intellectually stimulating? TEEN TITANS GO is stupid, but it’s supposed to be. I respect it for its devotion to its own stupidity, for its commitment to its own cynical, mean-spirited attitude, and for its insistence on poking fun at its own source material. Kids are smart enough to know what has substance and what is mindless. Hell, we watched some stupid shows when we were kids, but we didn’t take it seriously. For every DUCK TALES there’s always a QUACK PACK. For every smart and high-quality kid’s show there’s always a nonsensical, stupid diversion. There’s a fine line between a show that’s bad, and a show that’s a guilty pleasure, and TEEN TITANS GO straddles that line like a tight rope. If you’re capable of separating yourself from its predecessor, and accepting it as the junk food diversion it is, TEEN TITANS GO can be an entertaining way to waste 30 minutes of your life.