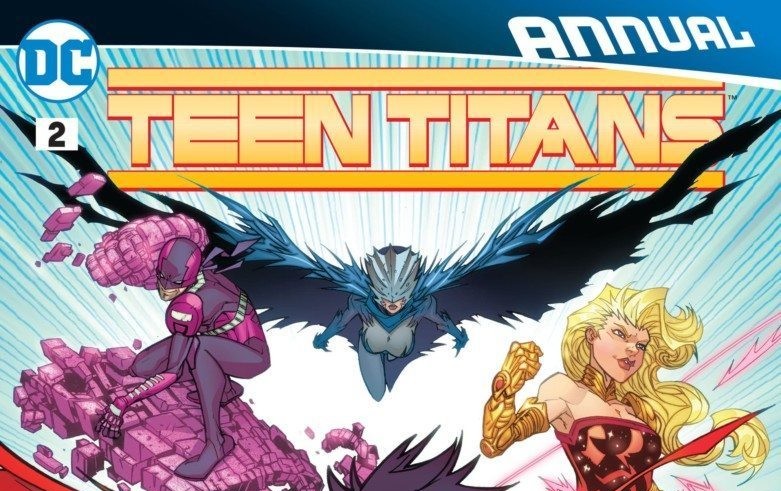 There’s a lot to love about the newly released TEEN TITANS ANNUAL. Most of the characters are diverse, the story feels complete, and the art is mostly solid. Where it falters, though, is in the details of some of these strengths.

READ: Trying to get into Teen Titans but don’t know where to start? Give our 5 Essential Comics: Teen Titans list a read!

TEEN TITANS ANNUAL sees the team getting some much-needed R&R by going out for a night of dancing instead of patrolling the streets. All is going smoothly until a guy that Bunker is dancing with takes some pills (as one does in clubs, of course) and things go to hell. It’s a typical set-up with a light touch given our heroes’ youth. However, being that it is written by people not the same age as our heroes, it ends up feeling a little like an awkward parody of actual youthful socializing. That aside, it does get the characters established in the story and works on that level. 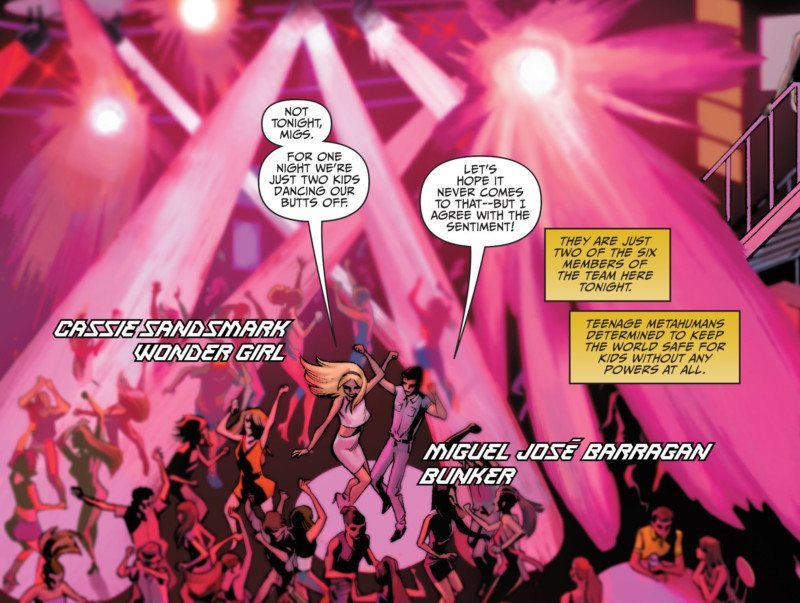 The issue moves along at a good pace after this, but like so much else going on here, the problem seems to grow out of the strengths. In this case, for once in a blue moon, it feels like this story should not have been resolved in one extended issue. The problem is not the story itself (which could work with some tweaking) but that the frenetic storytelling pace that DC is accustomed to seems to have been awkwardly situated to function as an annual, rather than a normal monthly. The additional panels that show some character bonding end up feeling unnecessary when the story would be better serviced if it were streamlined. What it really comes down to is the story not being able to sustain itself in terms of interest or focus, and the unnecessary panels make this more glaringly obvious.

Still, what the TEEN TITANS ANNUAL does get right is that it treats its characters as individual characters. Even though they aren’t necessary by any means, at least the detracting character moments are used well to illustrate not only who these characters are but also how they function as a team. For those reading TEEN TITANS for the first time (as is often the case with annuals), this works well in providing a good taste of what the book’s about. Again, though, the drawback is that these moments don’t really feel all that necessary to the story and seem to bog down an otherwise action-heavy plot. 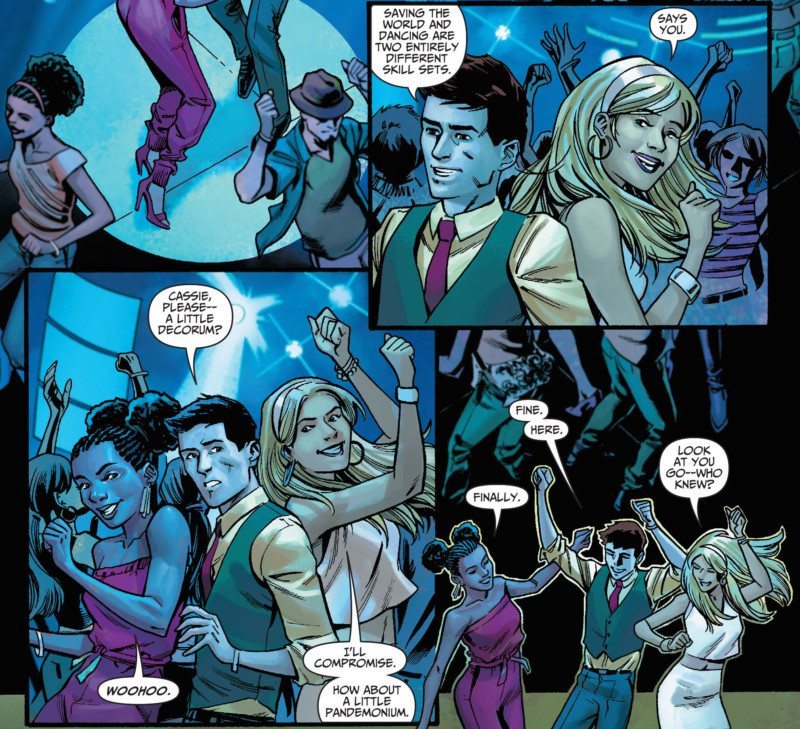 The art’s not too bad, either. Cory Smith and Dean White are a good collaborative art team as the combination of the bright colors and not overly intense line work helps provide the levity that a book about young heroes demands. On another level, it matches Scott Lobdell’s story equally well, which is both a pro and a con. Where the story gets off track, the art follows, meaning that it, too, veers away into boring terrain from time to time. However, much like the story, when it works, it works in spades.

READ: Former Teen Titan Cyborg’s got his own monthly now. See what we thought of his 12th issue!

In totality, TEEN TITANS ANNUAL is not the best example of a TEEN TITANS book, nor is it the worst. It could best be likened to an over-inflated monthly. In some cases, it works, but in this situation, the added elements don’t feel necessary to the story and muddle its punch. At the end of the day, despite its strengths in art and characterization, TEEN TITANS ANNUAL is largely a forgettable endeavor.