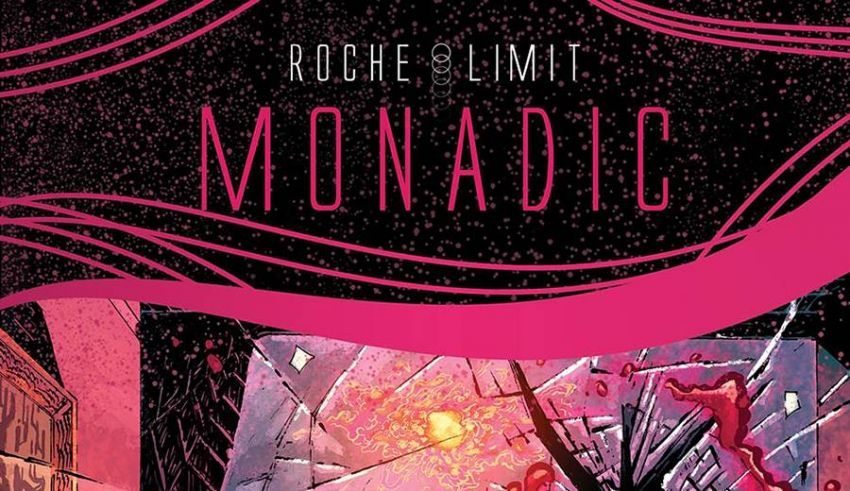 Micheal Moreci is working on the final few installations of his incredible science-fiction series, ROCHE LIMIT.  From the ground up, Moreci has used this title to build not a world, but a whole universe.  He’s used this universe to explore religion, science, and everything in between.  ComicsVerse had an awesome opportunity to pick his brain, and he certainly didn’t disappoint!

ComicsVerse: ROCHE LIMIT presents a lot of different philosophies and beliefs about the anomaly and about the purpose of life in general. What are your own philosophies? What philosophy do you think ROCHE LIMIT most subscribes to or presents?

Michael Moreci: That’s an interesting question. I think, at my core, the philosophy I share most with ROCHE LIMIT is the idea of making your immediate world a better place and letting the bigger picture follow from there. In this age of social media, where everyone’s a crusader for every cause, we’ve lost perspective in a lot of ways. We’re so concerned with fixing the BIG problems that we’ve lost sight of the smaller ones. We’re not a kinder of more caring people; our domestic lives are, more or less, still a mess. If people turned their focus inward more—becoming better neighbors, spouses, parents, friends, etc.—I’d think you’d see the world improve as a result. I always go back to the quote that might be from Thoreau, though I cannot track it down for the life of me—“create better people, the rest follows.” I believe in that wholeheartedly. Let’s make better homes, better communities. Ground up change, and let the bigger picture be solved from there.

Owing to such, I think what you see the characters in ROCHE LIMIT suffering most from—and this is what the book might most ascribe to—is the tragedy of reaches exceeding their grasp. All these characters, for well-intentioned as they are or aren’t, derail their lives with grand ambitions. Alex wanted to be a rock star drug lord, Sasha neglected her family for her scientific research, Langford looked too far off to the sky that he forgot the world at his feet. It’s a common thread in the story, and I think it shows the danger of our world. We’re innovating so much, so fast—technology is moving at breakneck speed. But are our lives better? Are we happier? Is there less misery in the world? I don’t really think anyone can truthfully answer “yes” to any of those questions. 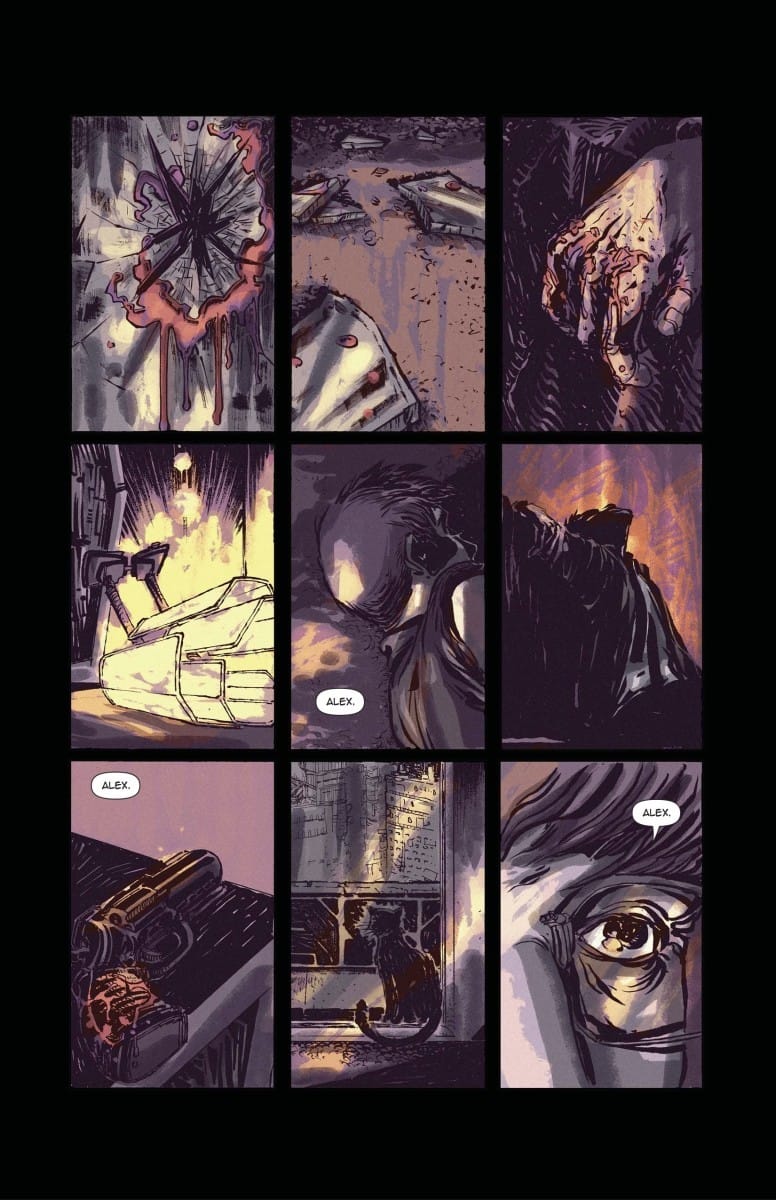 CV: The series is rooted in space and science, but also takes a lot of liberties. How much of this is theoretical and how much of it is accurate to what we currently know about space? Where does science become fiction? Is there a point where religion becomes science?

MM: Early on, I tried to make it as scientifically accurate as possible, but somewhere along the way I said “screw it.” I mean, don’t get me wrong, there’s nothing horribly egregious or silly in the book. But, the main priority is always going to be the strength of the story and how well that’s working. Story comes first, science second. I love space, and I’m always reading about it, staying current, all that, but I think there’s a place for that kind of story, and it doesn’t always work when telling a story.

I think religion can very much be science, and many of my very favorite scientists and thinkers have led me to understanding how profound this intersection can be. By scientifically understanding the world and how it works, how it came to be, that doesn’t diminish the presence of God; instead, it makes God’s presence more deeply felt, knowing how perfect our planet and universe is. 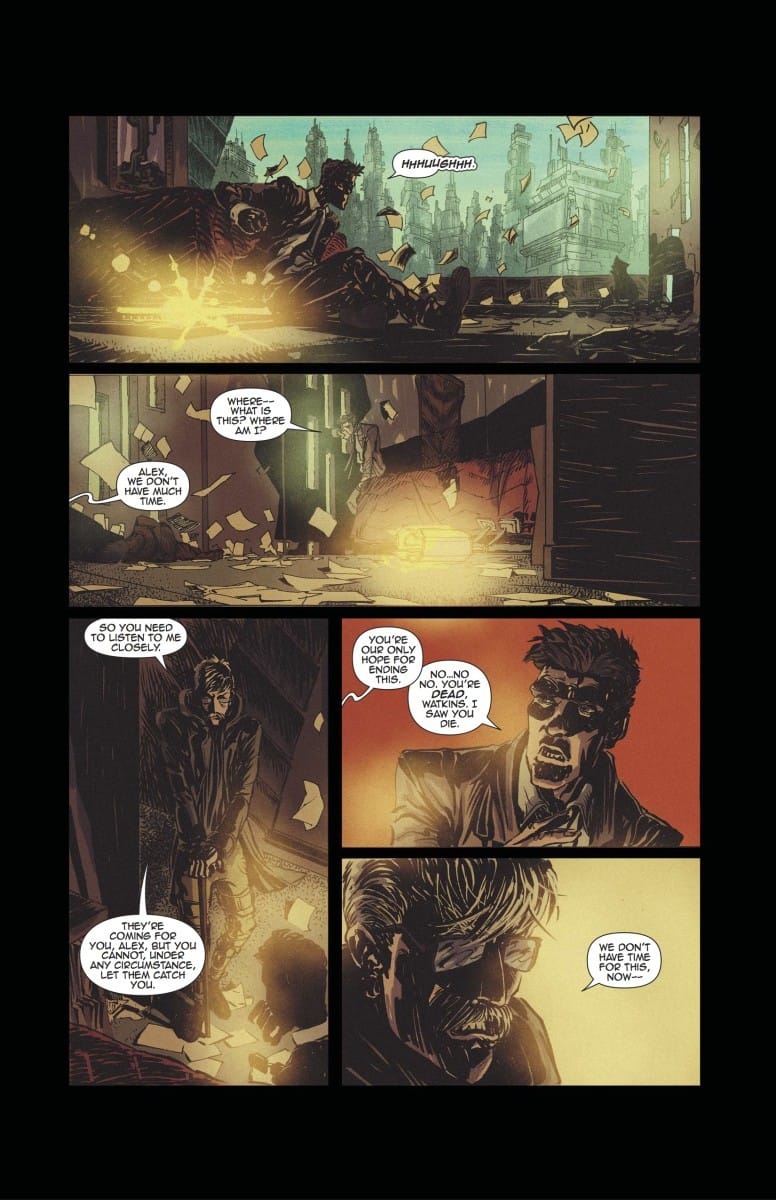 CV: What are the challenges of working as a team to represent these abstract concepts and hallucinogenic effects?

MM: You know, I’ve been really lucky to work with a team that is every bit as smart and engaged as I am. I sometimes worry that “oh no—I’m taking this too far or too weird” but Vic and Kyle have always been with me every step of the way. Same with Jordan and Matt. I think we’ve all challenged each other in profound ways, what we think about the world, ourselves, and our art. Kyle has become a good friend, and what he brought to the page in CLANDESTINY and what he’s now bringing in Monadic shows how much he gets the ideas driving ROCHE LIMIT and, most importantly, how those ideas drive the characters. We’re creatively lockstep, which isn’t easy on a book that, admittedly, is meant to be challenging and rigorous.

READ: Our review of ROCHE LIMIT!

CV: What are the challenges of producing the variety of extra material- the letters, magazine articles, and etc that help build the world?

MM: What’s tough is to decide what’s essential to the story and what’s ancillary. I make those pieces assuming most people aren’t going to read them. I wouldn’t want anyone to miss out on something that’s necessary to the story because backmatter isn’t the place for that. Still, I want to make it so the reading experience is greatly enhanced if you have that extra knowledge. The ROCHE LIMIT world, at least in my opinion, is not only vast, but the main story in all three volumes is, in some ways, a side story. At its heart, this is an alien invasion tale. But we never see an invasion. We never go to Earth and see a spaceship blow up the White House or whatever. What we get, instead, is an intimate story that makes us examine our world and lives, which is what we’d do, I’d imagine, if it was all ending. 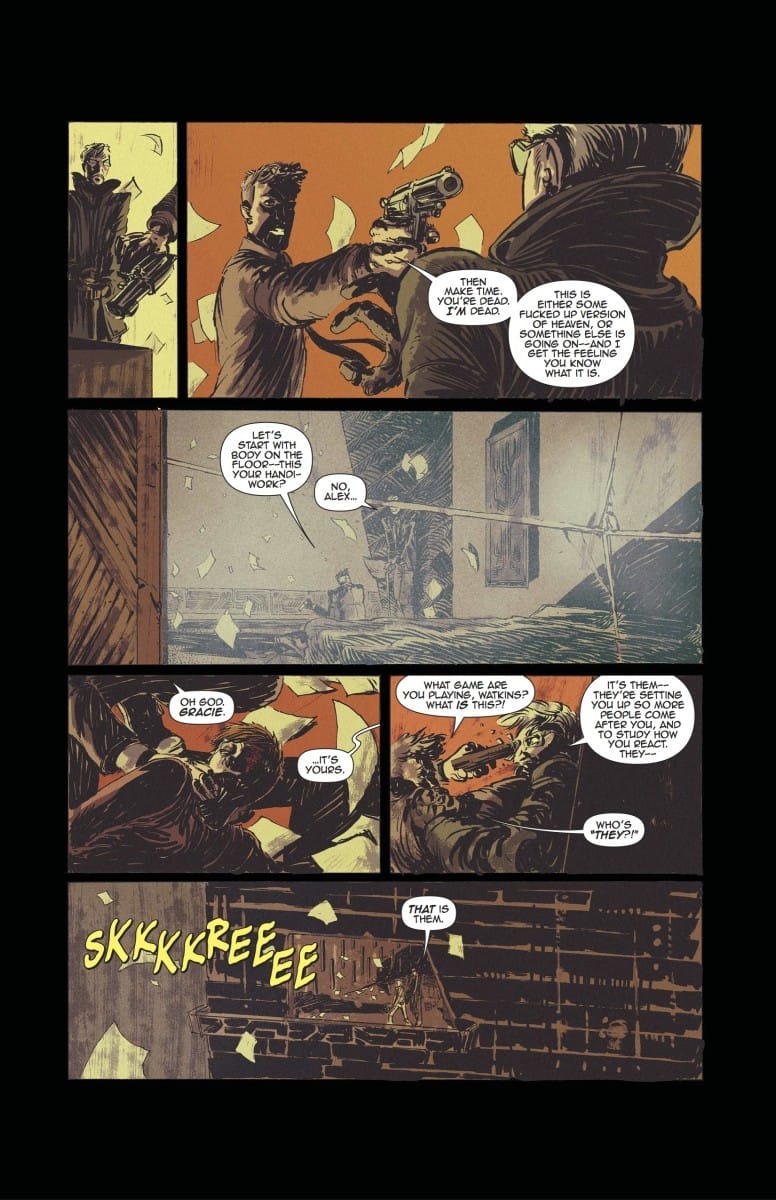 CV: Which storyline have you preferred so far, and why?

MM: Such a tough call. I love Anomalous because it was the start of this all. I have so many fond feelings for writing that series, working with Vic, and the success it found. But, there’s something so unique and special about Clandestiny. I love those characters and that world, I love the way it turns the “crew lost on a forbidden planet” trope on its head. And, most of all, I love how personal it was. I’ve dealt with tremendous loss in my life, so writing characters—Sasha and Elbus, especially—who had these very real complexities about loss hit me hard, but it was also cathartic in a way.

CV: What are you looking forward to about the upcoming issues?

MM: Well, I’m definitely not looking forward to it ending. I have two issues left to write, and I’m not looking forward to it. ROCHE LIMIT has been a huge part of my creative life for so long, and I’m truly going to feel its absence when it’s done. But, I like the note we’re going out on. I’ve had the end in mind for so long, and I think that last note is going to be a real beautiful one. This final arc is going to be a real trip—it’s weird, to say the least—but if readers have stuck around through all the unusual and heavy stuff I’ve thrown out there so far, I think they’re in for the end. At least I hope!

Be sure to keep an eye out for Michael Moreci, one of the best world-builders in comics today.  And don’t forget to pick up the remaining issues of ROCHE LIMIT!  If you’re looking for a science-fiction story that digs a little deeper, then you WON’T be disappointed!