Timothy Hunter is a seemingly typical teenage boy. As BOOKS OF MAGIC #1 depicts, he spends most of his days focusing on his studies while also struggling to fit in with his fellow students. His relationship with his father is tense at best, and his nights are always spent alone. Ultimately, Timothy just wants more from the world.

Specifically, Timothy Hunter wants to embark on a journey within the world of magic.

In this new series from writer Kat Howard, BOOKS OF MAGIC continues the spellbinding tales pioneered by Neil Gaiman back in 1990 as we immerse ourselves in the story of one boy who begins his quest to become the world’s greatest magician. 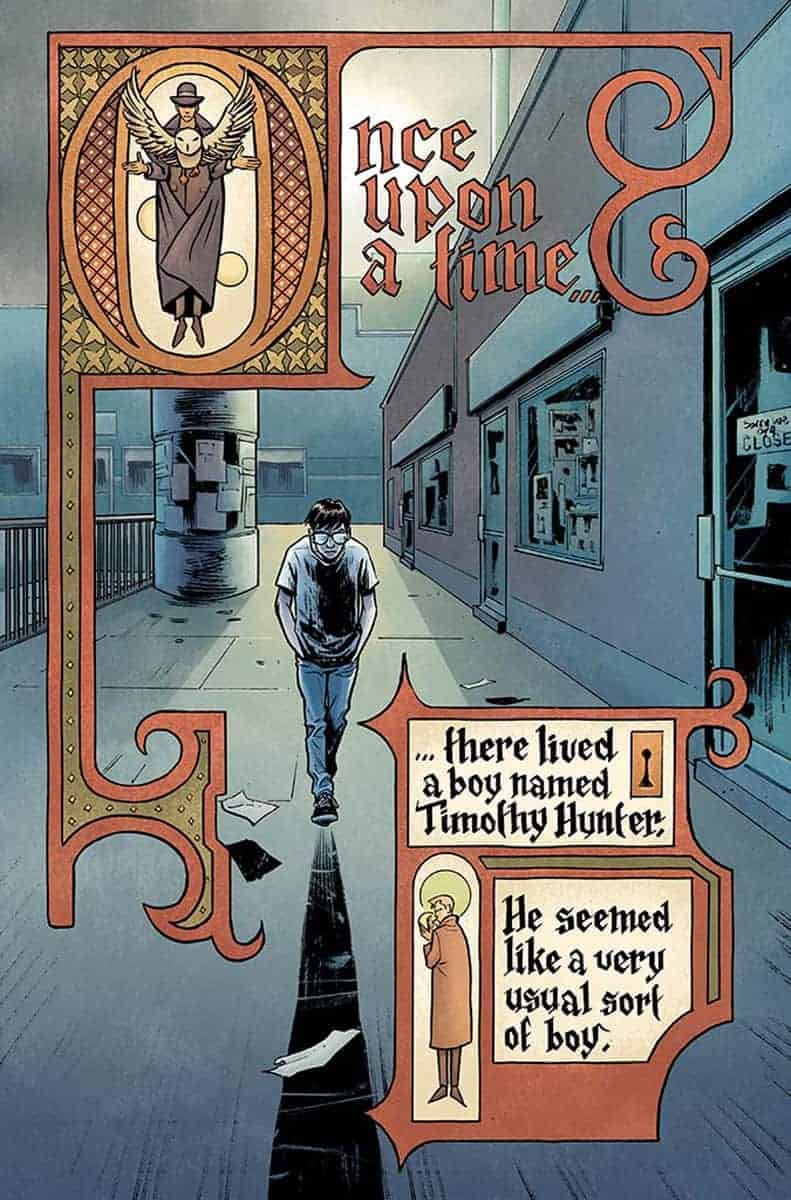 More Than a Blank Page

As aforementioned, Timothy Hunter dreams of being a magician, literally. He dreams of magic when he dozes off during class, and he even once attempted to show off a trick to his peers. Unfortunately, his attempt was far from successful.

We eventually learn that much of Timothy’s desires stem from the loss of his mother. It’s even implied that he wishes to possess the ability to bring her back to life. However, Timothy feels dejected with his efforts to become a magician. Well, that is until his substitute teacher reassures him that his draw to magic is legitimate. She reveals that she herself is a magician and suggests Timothy begins delving into books to find magic.

So, Timothy follows his teacher’s advice and begins exploring the world of magic through the books he reads. However, unbeknownst to him, someone’s watching him…

BOOKS OF MAGIC #1 is an enticing start to the latest adventure in the SANDMAN UNIVERSE. Howard introduces Timothy and his substitute teacher to readers in cohesive ways. We gain a particularly well-rounded understanding of Timothy’s past and his inclination towards magic. Howard also gives us a robust taste of the overarching story without giving too much away.

Thus, this first issue truly sets the stage for something special. I look forward to seeing Timothy’s journey as a growing magician in addition to witnessing the role his substitute teacher will play as both mentor and guardian. 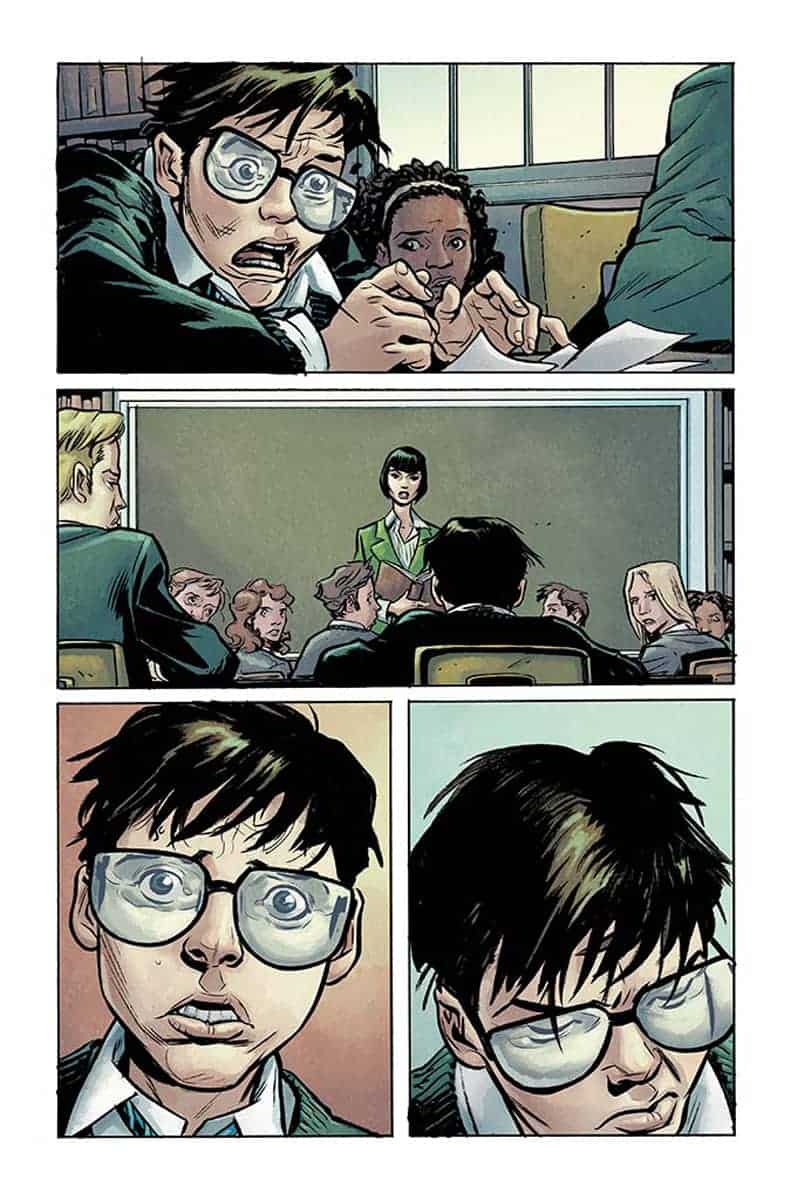 The Many Hues of BOOKS OF MAGIC #1

The artwork of BOOKS OF MAGIC #1 is a lovely conglomeration of styles. Firstly, the cover from Kai Carpenter is absolutely gorgeous. The realistic style and overarching detail are simply mesmerizing to look at. Joshua Middleton’s variant cover is also incredible. The juxtaposition of colors that surround Timothy’s awestruck expression encompasses the idea that our protagonist is both entranced with and overwhelmed by magic.

In regard to the content of the issue itself, Tom Fowler excels in his work. I particularly enjoy the stark differences between Timothy’s dreams and reality. His dream sequences are much more dynamic in their tonal hues and even in their typography. On the other hand, Timothy’s reality is dull and static, greatly contrasting how he ultimately wishes to see the world.

Interestingly though, we begin to see a resurgence in vibrant tones when Timothy’s teacher reveals to him that magic is indeed a part of him. Thus, I greatly appreciate how much the artwork plays a role in this issue’s storytelling.

The artwork definitely breathes a life of its own as it exemplifies each and every one of Timothy’s experiences in BOOKS OF MAGIC #1.

So, overall, BOOKS OF MAGIC #1 is a pretty awesome issue. Its artwork melds perfectly to the narrative as it excels in its detail, tone, and energy. The narrative itself presents the start of an engaging new adventure, one that will surely be full of non-stop thrills.

Therefore, this first issue is undoubtedly worth reading, whether you’re familiar with the ways of magic or are simply curious to see the worlds where the arcane can take you!