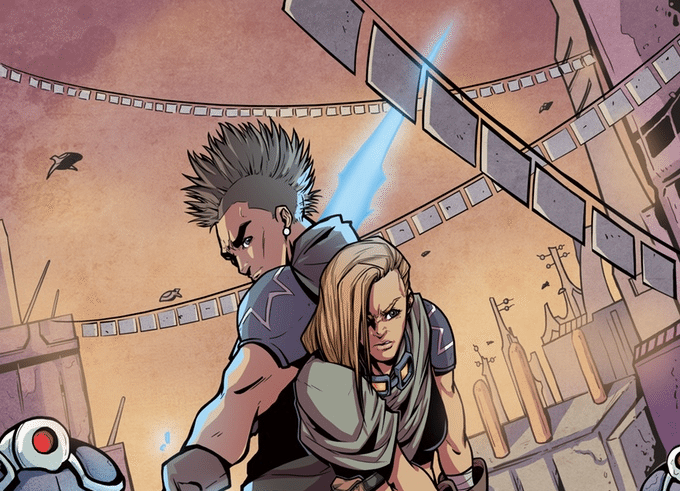 I first came to know of WRETCHES when I connected with the writer of the series, James E. Roche, on Twitter. After one of my frequent, mass Kickstarter backings, James sent me a message and asked me to look over the preview for the first issue. After giving it a read through, I couldn’t take the smile off of my face. Let me tell you, this isn’t a series you want to miss. Before going into the reasons why I’m excited for this campaign, here’s the summary as told by the Kickstarter page: 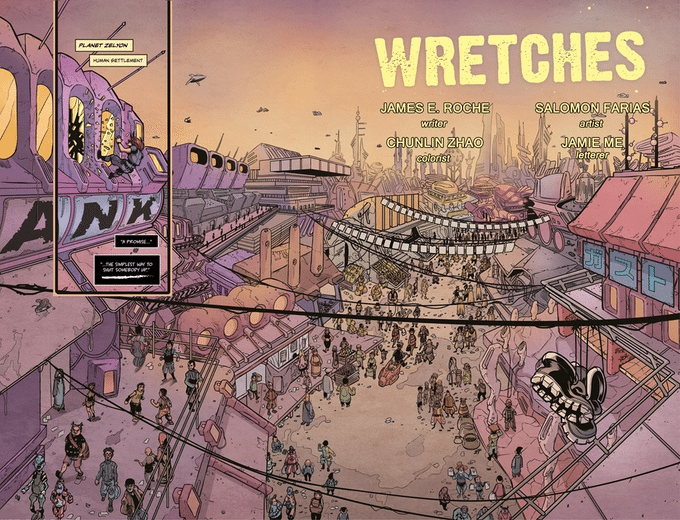 Brother and sister duo, Shea and Sean, have spent their youth struggling to survive, alone in an alien city, far from the now lifeless planet they’d once called home. Now, all grown up, they make their way by capturing other beings for the promise of reward – specializing in hunting the robots they’d once shared their home planet with.

Still suffering emotionally from the loss of everything they’d ever known and loved, Shea and Sean have nothing else in the universe but each other. Once one of them is kidnapped, the other will tear the entire galaxy apart until they are finally reunited. 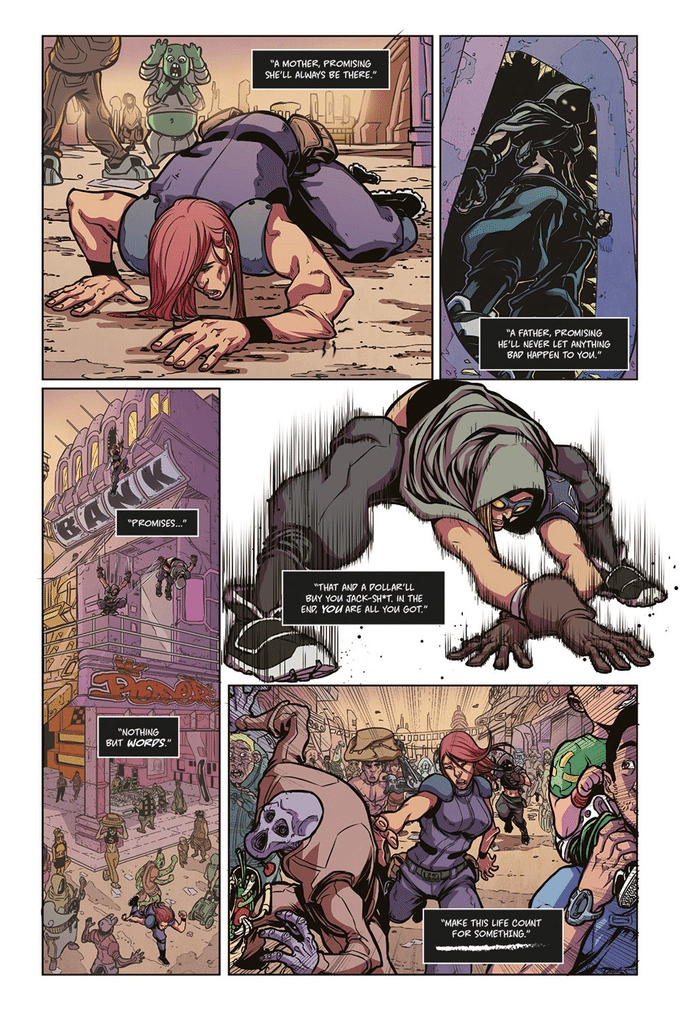 The major theme behind WRETCHES is family and what happens when your family is put in jeopardy. Do you accept loss or fight to keep everything together? I’m a sap for books about family dynamics and the relationship between Shea and Sean looks to be as strong as their backstory is sad. This is a science fiction thriller that’s reminiscent of BLACK SCIENCE with the healthy relationships and social awareness of the X-Men. The world that this creative team have built has me craving for more. Speaking of the creative team, WRETCHES features work from artists all around the world:

James, even before he knew it, was always a fan of storytelling. Inspired from a young age by everything from comics to B movies, books and video games, he wants nothing more than to tell a good story, (IF ANTHOLOGY- Alterna Comics).

Jamie Me is a comic creator who writes and letters comics. He is also the host of the weekly trending Twitter chat #ComicTalk. In his spare time, he enjoys reading comics, watching anime and doing submission wrestling, (QUEEN, START AGAIN).

Ian Burns is a filmmaker and illustrator. He is the creator of the giant-woman-slaying-giant-monsters graphic novel Huge Hana.

READ: Interested in other indie comics? Check out our review of THE OCEAN IS BROKEN! 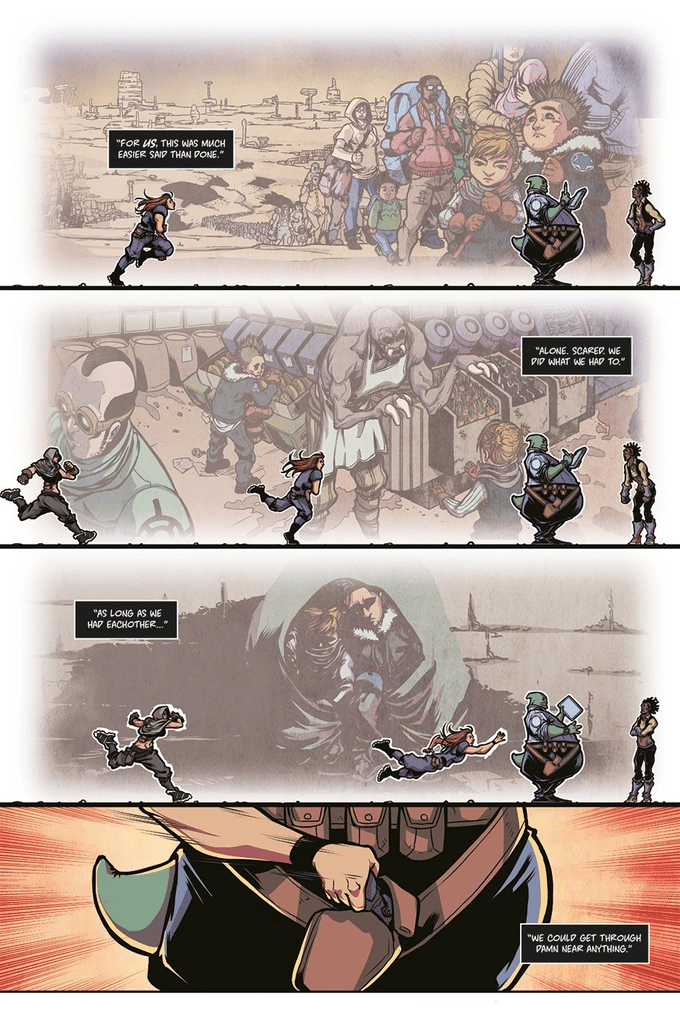 What James’ has shown me about this world just has me in awe. The art team of Farias and Zhao compliment each other so well. Visually, the world of WRETCHES is part 90s X-Men, part Firefly, and part Mad Max. This Kickstarter is for the first issue of a planned five issue mini-series and if you want to see more, support the campaign! At just five dollars, you can get the first issue digitally but there are more rewards that might peak your interest. I’ve backed WRETCHES and trust me, you should too.

SUPPORT: Back the Kickstarter campaign for Wretches here!