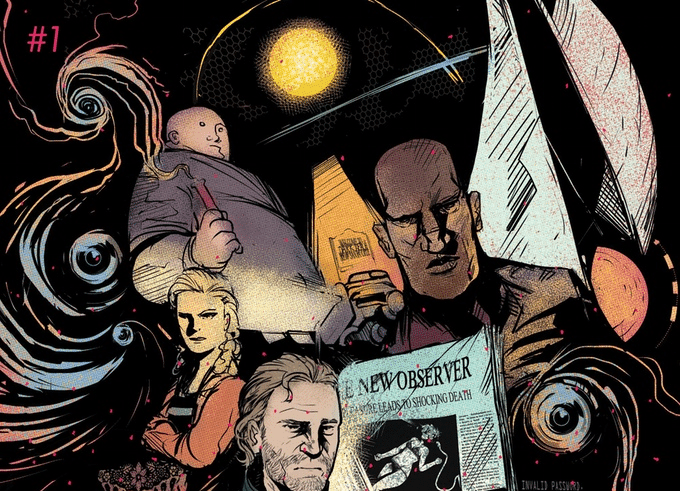 With 3 days left in their campaign, which is completely funded, the team behind DARK BEACH #1 may not seem like they still need your help, but there is still support to be given. Once they reach $4000, the second issue of the series will be funded and you can get it in your hands, whether physical or digital. What is DARK BEACH and why should you care? Well, let me provide you with the story as told by their Kickstarter: 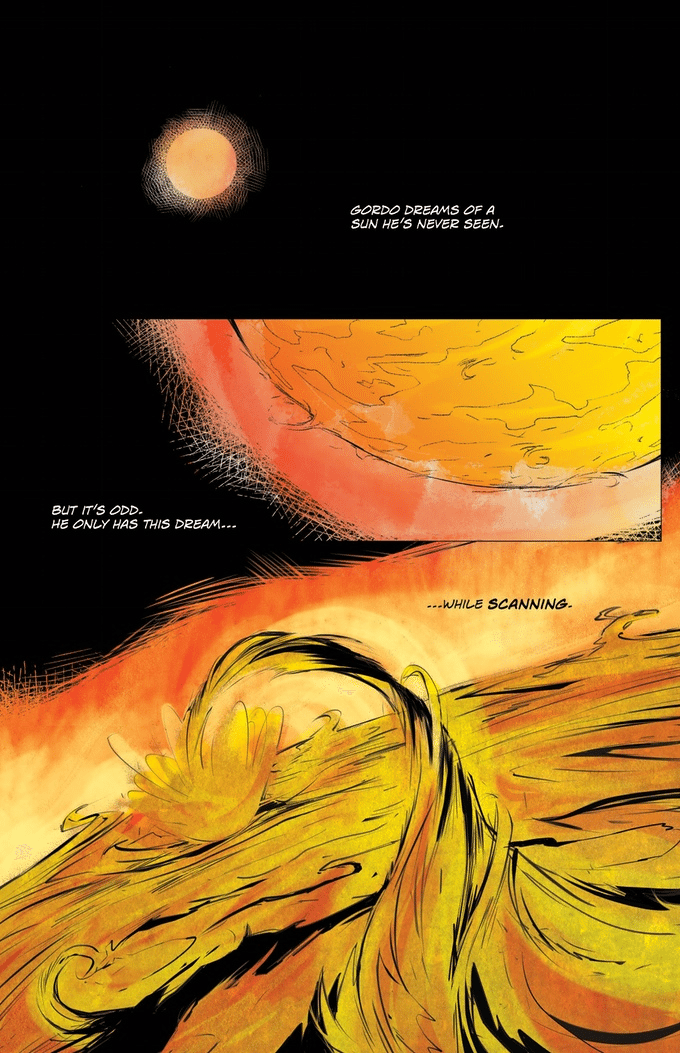 Earth has been floating aimlessly through space for several hundred years. When the radiation emanating from the Old Sun began killing life across the planet, human civilization pooled its resources to launch ourselves away from it. A large habitat was built on the coast of Iceland, powered off the geothermal energy emitted by the Earth’s core. The city within this giant dome became known as New Reykjavik, where the human race would survive the harshness of deep space.

Or so the story goes. That is what the New Reykjavik Corps of Engineers (NRCE), the only entity resembling a government in this communist-like society, has been teaching people for centuries. It’s what Gordo has been told his entire life. Except in his dream, the Old Sun is exploding.

Gordo listens to his homemade police scanner, waiting to be alerted of crimes as soon as they are reported, specifically homicides. He races to the crime scene on his hand assembled motorcycle before the police can arrive. He takes photos of the scene and delivers them to his journalist friend Duke. In exchange, Duke provides Gordo with a liquid drug called Ghost Choker, to which Gordo has become wistfully addicted.

But Gordo has stumbled upon an odd murder scene, rife with symbolism of the Old Sun. For the first time, Gordo decides to dig a little deeper, his curiosity fueled by his recurring visions of the Old Sun. 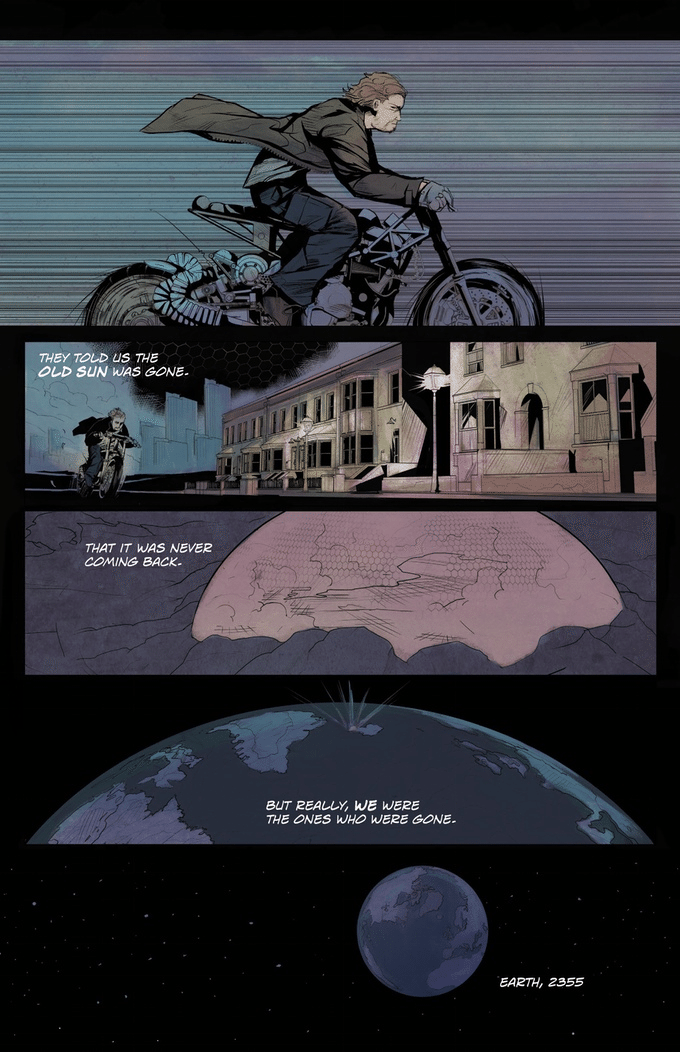 Having read a review copy of the first issue, I can tell you this is not a comic you want to miss. The story that Michael J. Ruiz-Unger, Tucker Tota, and Matthew Mongella have created is something else. In a story told without a sun, the use of color is haunting. Everything is dark unless it’s drug-influenced or from an artificial sun. Our main character, Gordo, isn’t a respectable character, but that doesn’t make him an unlikable character. His curious nature leads to a little too much questioning about the world around him and frankly, it makes me want to read more. The first issue is a solid lead-off to what seems like a really entertaining series with a hell of a lot of mysteries to be unfolded.

The sci-fi noir is visually told through the artwork of Sebastian Piriz and let me tell you, I’ve never seen the kind of action transitioning that’s in this book before. In a comic that deals predominantly in grey and black colors, he makes his characters and the world around them come alive. In such a bleak setting, I expected a very passive first issue, but Piriz’s art style is incredibly fast-paced. This does wonders for world building as well as allowing the high-octane science fiction tone to perfectly mesh with the noir elements. DARK BEACH #1 is just one hell of a beautiful issue.

So, loyal readers, are you enticed? Would you like to know what would happen in a world without a sun? Do yourself a favor and find out; back this comic today!

FORUM: Interested in more independent comics? Look for recommendations in our forum!