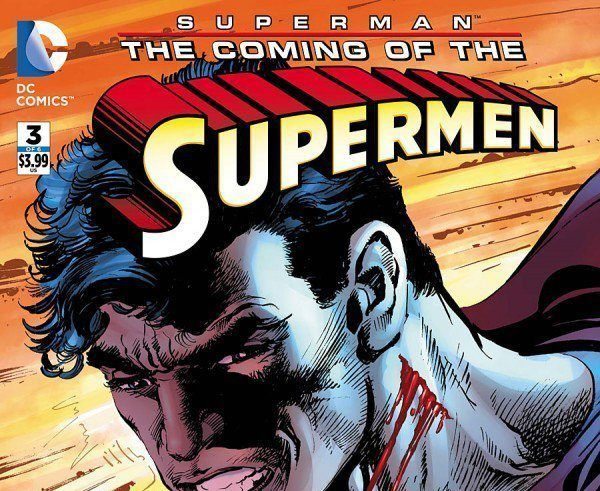 This issue of SUPERMAN: THE COMING OF THE SUPERMEN, writer and artist Neal Adams is officially halfway finished with his six-part miniseries. Adams continues the light-hearted tone that he has set up for this series. In this latest issue, readers learn more about the mysterious Supermen and their reasons for arriving on Earth. Although this issue provides some answers, it still leaves the audience wondering and craving more. Let’s see how Neal Adams provides a comic that brings back the feel of classic Superman stories.

READ: Want to learn more about the Man of Steel? Check out our Essential Reading List for Superman!

The story on the surface seems simple; Superman is trying to save Rafi, a Middle Eastern boy, from the son of Darkseid, Kalibak. The incorporation of the Supermen, the obscurity behind Darkseid’s plan and why he needs Rafi all add an extra layer of intrigue. As it stands, Adams does a fantastic job giving readers enough information to maintain their interest while still keeping some secrets hidden for later issues. Speaking of secrets, the Supermen finally reveal that they came from New Krypton to seek Superman’s help. Darkseid and his forces from Apokalips have invaded New Krypton and only Superman is strong enough to combat them, so they came to Earth to take Superman’s place while he deals with the threats on their home planet.

The plot feels almost like a story that could have been written in the Silver Age of comics, so it may feel a bit outdated to some of the more modern comic book readers. However, even modern comic book readers can appreciate how bold and confident Adams is in his writing. Now, since Kalibak kidnapped Rafi and took him to New Krypton, Superman needed to take Lex’s spaceship so that Rafi could travel with him when they returned, which provides an amusing exchange between Superman and Lex Luthor. 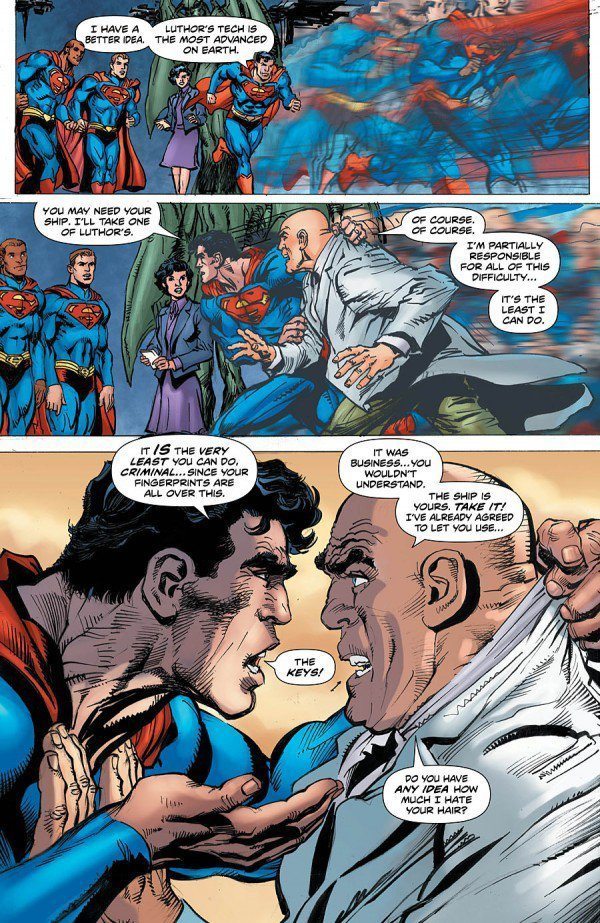 The way Adams portrays Superman and Lex really harkens back to the Silver Age. Considering that Adams wrote several noteworthy comics during that era, this mini-series is a return to form for him. Adams has Superman show a surprising display of emotion in this issue, from being reckless when he accused his Kryptonian brothers for having something to do with Rafi’s kidnapping to being a confident warrior when he battles the para-demons alongside the other fighters on New Krypton.

The characters are, for the most part, very light hearted, with the exception of Lex Luthor and Darkseid. These two villains are apparently working with each other, but when Lex attempts to turn on Darkseid, he makes quick work of Lex by increasing the gravity slightly. It’s fascinating watching these two massive egos interact in this comic. They both clearly don’t like each other, but for whatever reason they are helping one another achieve their respective goals. It’s still unclear what their endgame is.

Adams’ artwork as always been very easy on the eyes. The bright vibrant colors really make the scenes pop, especially during the fight sequences. I also have to give credit to Adams for being able to make a character such as El, the large green-winged creature who has been popping in and out the mini-series, appear frightening in one panel and lovable in the next. It’s amazing how nearly every character in this comic has a design that is heavily inspired by their costumes from the Silver Age, with a modern twist. A good example would be the inclusion of Orion, the second son of Darkseid. This character hasn’t been utilized much in the new 52, other than being a side character to Wonder Woman. His design pays tribute to the first incarnation of the character while not looking outdated. 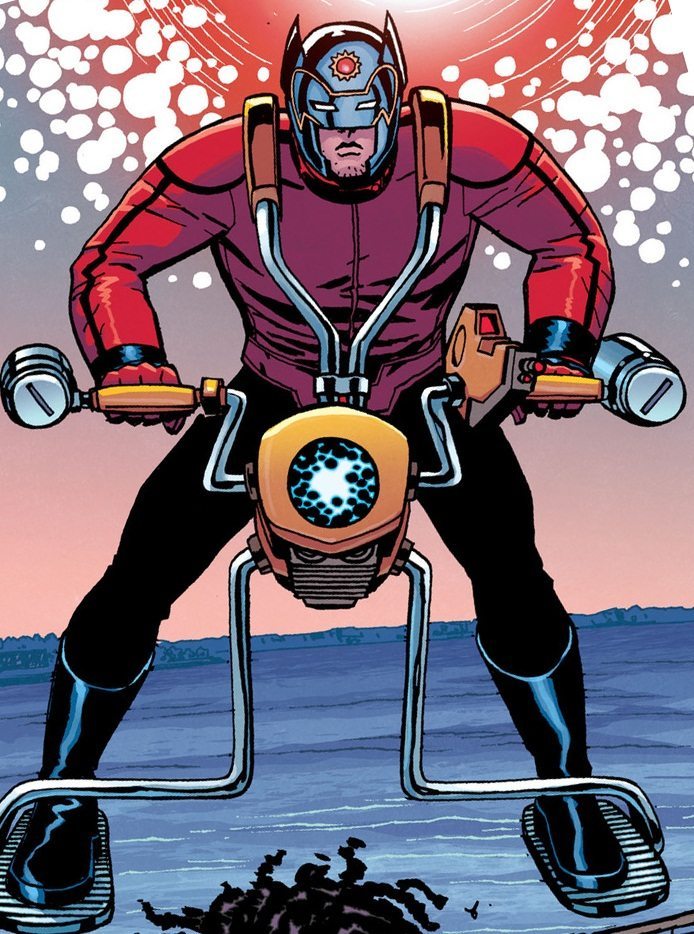 SUPERMAN: THE COMING OF THE SUPERMEN is a love letter to the comic book fans of yesteryear. It even makes someone like me, who was not around during the Silver Age of comics, long for the good old days when writers were able to have fun with a Superman story. It’s definitely a must-read for anyone who is a fan of Neal Adams or classic Superman comics!