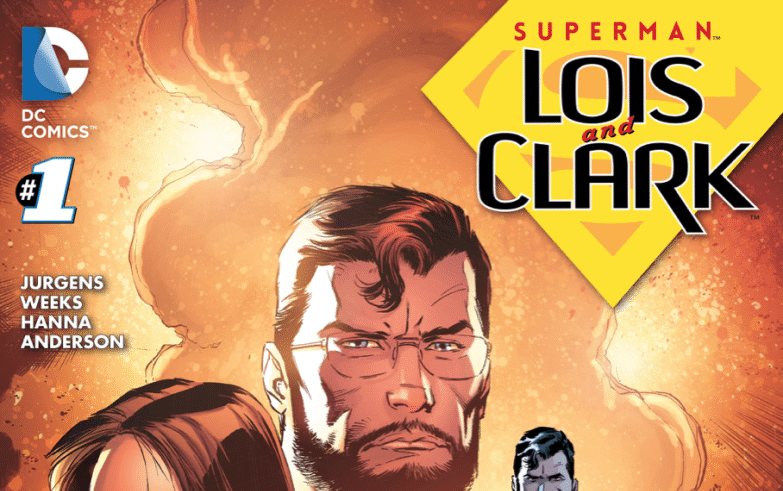 In this brand-new take on a classic “other Superman” story, SUPERMAN: LOIS & CLARK aims to shine more light on the pre-Flashpoint Kal-El, and his family’s adjustment to life in this new Universe.

The first pages are a flashback account of the New 52 League’s first battle with Darkseid. The monologue is provided by Lois. She recounts the battle in detail, but also mentions how it was not “her” Superman who arrived to save the day.

Here’s where the familiar groan came rolling out of my chest; “blah-blah-Multiverse-blah-blah-mystery Superman-blah-blah-blah…” but I was not ready for this: 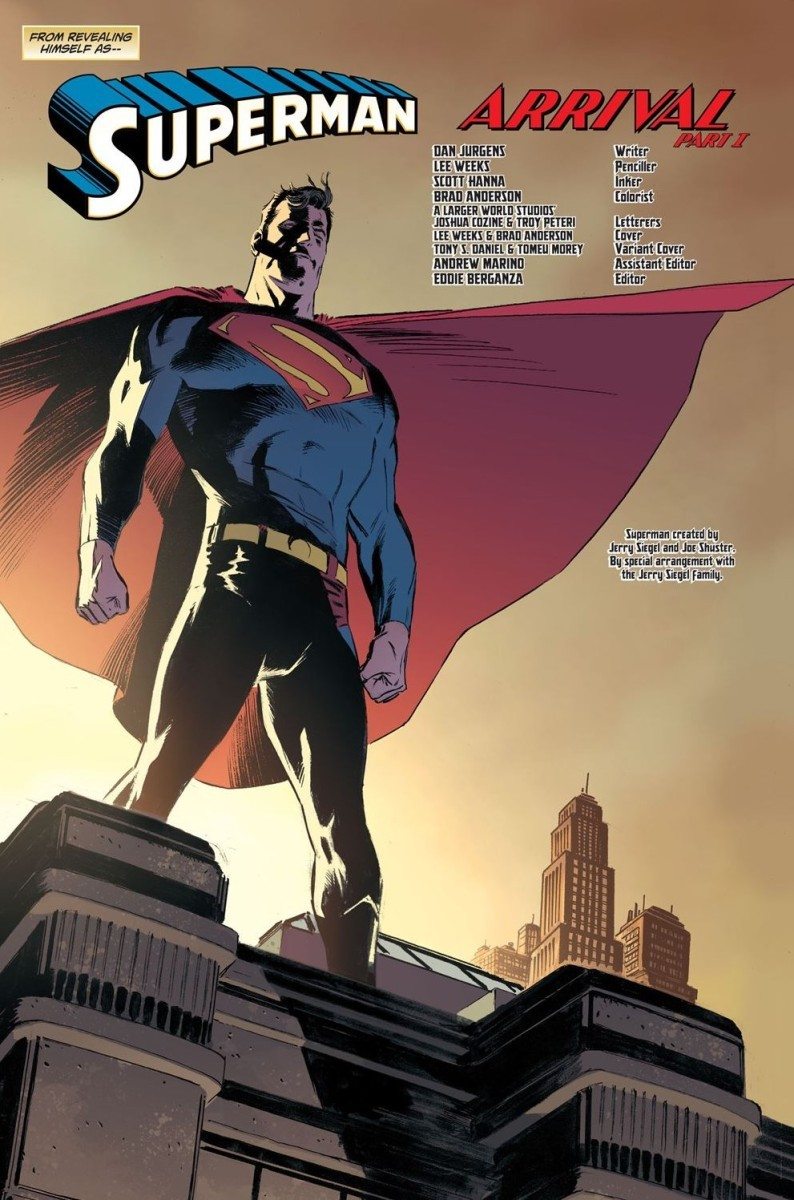 He was there during the Darkseid battle, standing ready to step in and show the JV team precisely what it takes to play with the big boys! That’s a nice addition – knowing that even though he’s been forced into hiding, he’s been acting as a guardian angel of sorts the entire time.

Few heroes in the DC universe have as much experience in the Multiverse as classic Clark Kent. He’s well-aware of the dangers his presence might invite. For that matter, he does have a good deal of inside knowledge of the possible future in store for these “new” heroes; villains who threaten to take his new home to the breaking point.

READ: Our review of JUSTICE LEAGUE OF AMERICA #4!

But what have the Kents – now calling themselves the “Whites” – been doing since they got stranded in our Universe? Turns out, quite a lot.

Lois, for one has been blowing up the establishment as an anonymous author using the pen name “Author X,”
and she’s very careful with her identity; Jurgens’ Lois is an apex-predator of the corrupt. In one page, we see a Lois Lane that is so awesome that it threatens to bring tears of joy to the eyes of fans everywhere. We learn she’s one of the “most celebrated authors alive,” and that she delivers her books in dark alleys on flash drives which she instructs her publisher to destroy after she’s done with it. She’s Lois Lane, yes, but she’s a Lois Lane with the social consciousness of Edward Snowden, and the all-knowing-insider mystique of the Smoking Man (don’t you watch X-Files?). 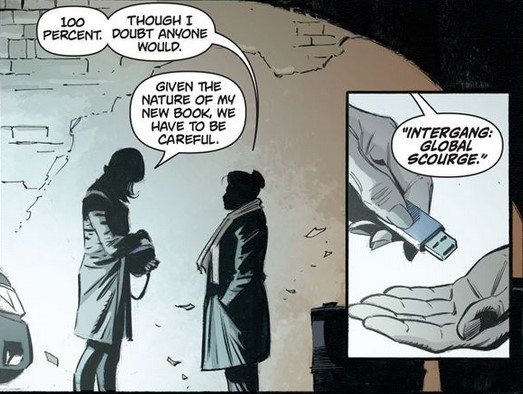 Clark Kent (White) still hasn’t been able to stop saving people, either. Again, he does know the future to a certain extent, if just a slightly different version.  We learn he’s adopted a very hands-on outlook when it comes to preventing some of these threats. In this opening issue, the incognito Superman, replete with black, cape-less suit and beard, flies up into Earth’s orbit intent on preventing the birth of one of his greatest enemies: Hank Henshaw – Cyborg Superman.

He attempts to put a halt to this super-villain origin story, but it appears that Hank Henshaw has once again fallen victim to cosmic radiation exposure as a result from a failed shuttle re-entry. 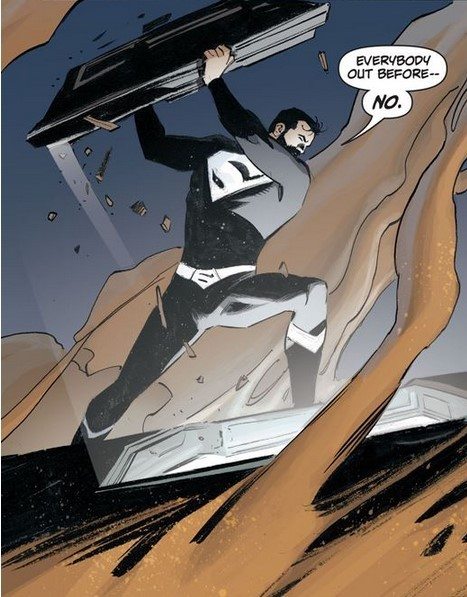 This issue seems to go by quickly, but it functions well as a first issue. Weeks’ pencils are expressive and clean, and professionally-executed composition creates a solid visual foundation for this book; Jurgens’ script gives him plenty to work with, providing distinct changes in environment and character interactions that really sparkle – they work hard (but not too hard) to show the individuality of Lois, Clark, and Jonathan, as well as their relationship and interactions as a family.

There’s only one thing that I seriously question: If it’s so important for Clark “White” to hide his identity as Superman, then why does he still have the huge “S” on his costume? It’s not like the world won’t recognize it just because it’s black and white.

That quibble aside, SUPERMAN: LOIS & CLARK is an engaging first issue that avoids fizzing out like other spin-off books.