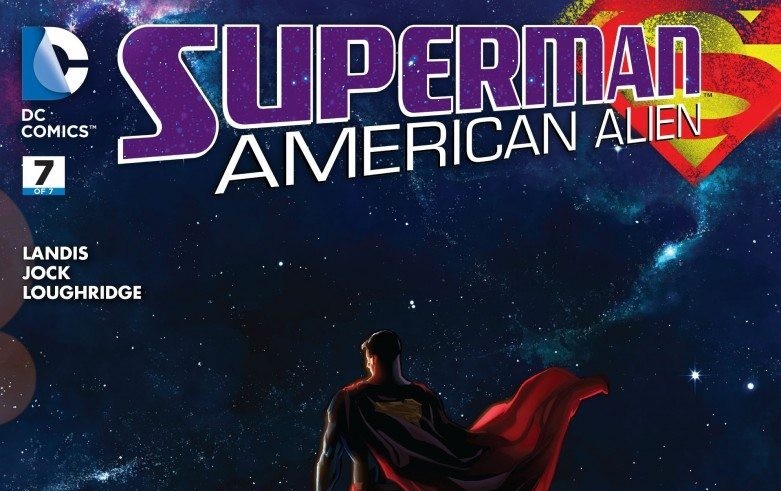 Screenwriter Max Landis has written a fantastic coming of age story for Clark Kent in his SUPERMAN AMERICAN ALIEN mini series. The miniseries as a whole is very reminiscent of the CW television show SMALLVILLE, but condensed into seven issues instead of ten full twenty-something episodic seasons. However, having less to work with is not a detriment for Landis. Each of his issues (with a different artist) tells of a single trial in the life of Superman as he ages, similar to the trials of Hercules, with the seven issues combining to show the evolution of the character. 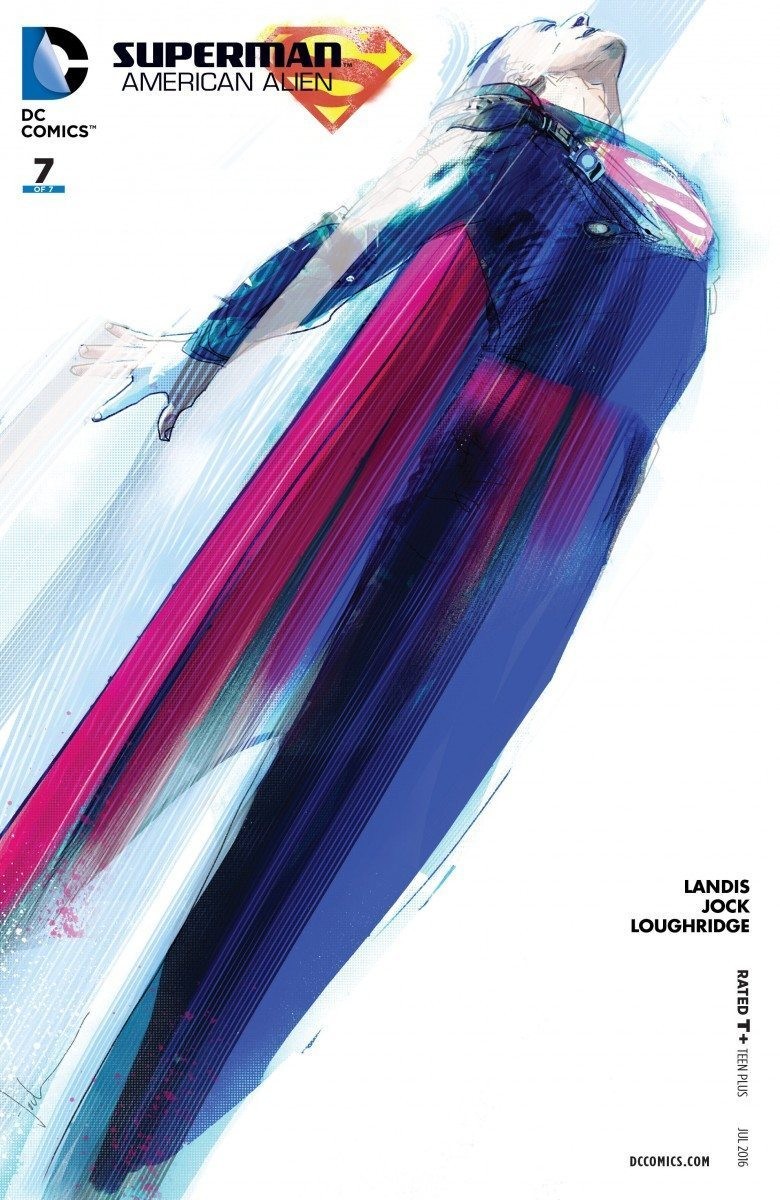 SUPERMAN AMERICAN ALIEN #7 brings an end to Landis’ creative miniseries. Landis has given us Clark’s growth from boy to man… Superman that is. He began with Clark as a child, then Clark in his first attempt of actively being a hero, and his immaturity immature. Landis moves to introduce Superman’s greatest enemy, Lex Luthor, and introduce Superman as he becomes a public figure and hero. The penultimate issue #6 focuses on Clark’s ego and reasoning for doing what he does. Finally, In SUPERMAN AMERICAN ALIEN #7, Clark is faced with his last trial before fully becoming “Superman.”

READ: Get more on the previous issue of SUPERMAN AMERICAN ALIEN #6!

Landis finally gives us what we have been waiting for with Superman donning the blue and red, including the red underwear. Superman comes up against his biggest challenge yet in the miniseries when he meets Lobo. This isn’t the version of Lobo that looks like an Abercrombie & Fitch model. This Landis Lobo is the older version, the biker brute with the foul mouth.

The conflict with Lobo presents more than just a threat for Clark and Metropolis, it also develops Superman’s character. When they meet, Lobo questions why Superman would protect the planet and Superman questions why Lobo would bring such destruction. Neither of them understand each other, which leads Clark to realize the forms evil exists in. Also, the whole world is watching on their TV screens as Superman comes head to head with another alien in Lobo. This is a true test to see if Superman can and will protect the earth against a villain who may be his equal. 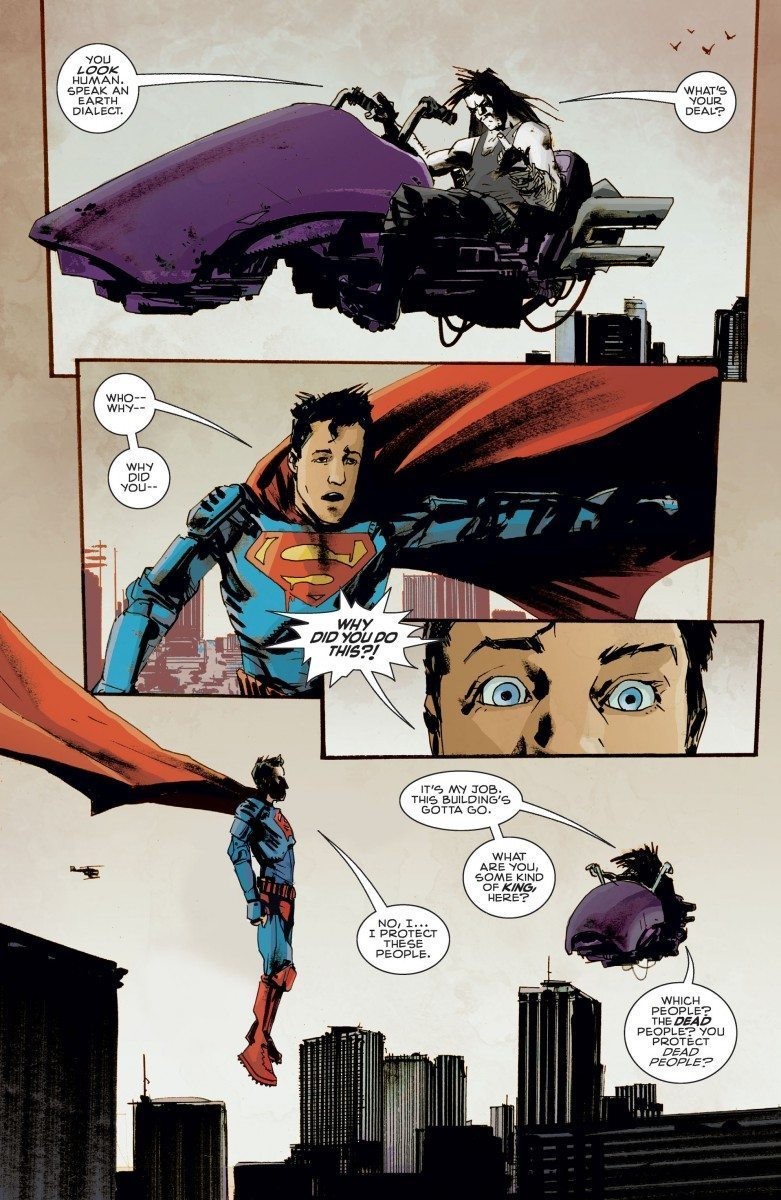 The art in the issue is awe inspiring with its gritty tones and feel. It is really fitting when so much of the issue features a dark character like Lobo. The very best art of SUPERMAN AMERICAN ALIEN #7 are the panels in which Superman and Lobo are involved in a massive brawl in the streets of Metropolis. These panels feature an incredible choice in the contrast in the color of blood, which is red for Superman and green for Lobo. The artist of the issue, Jock, captured an alien fight perfectly. 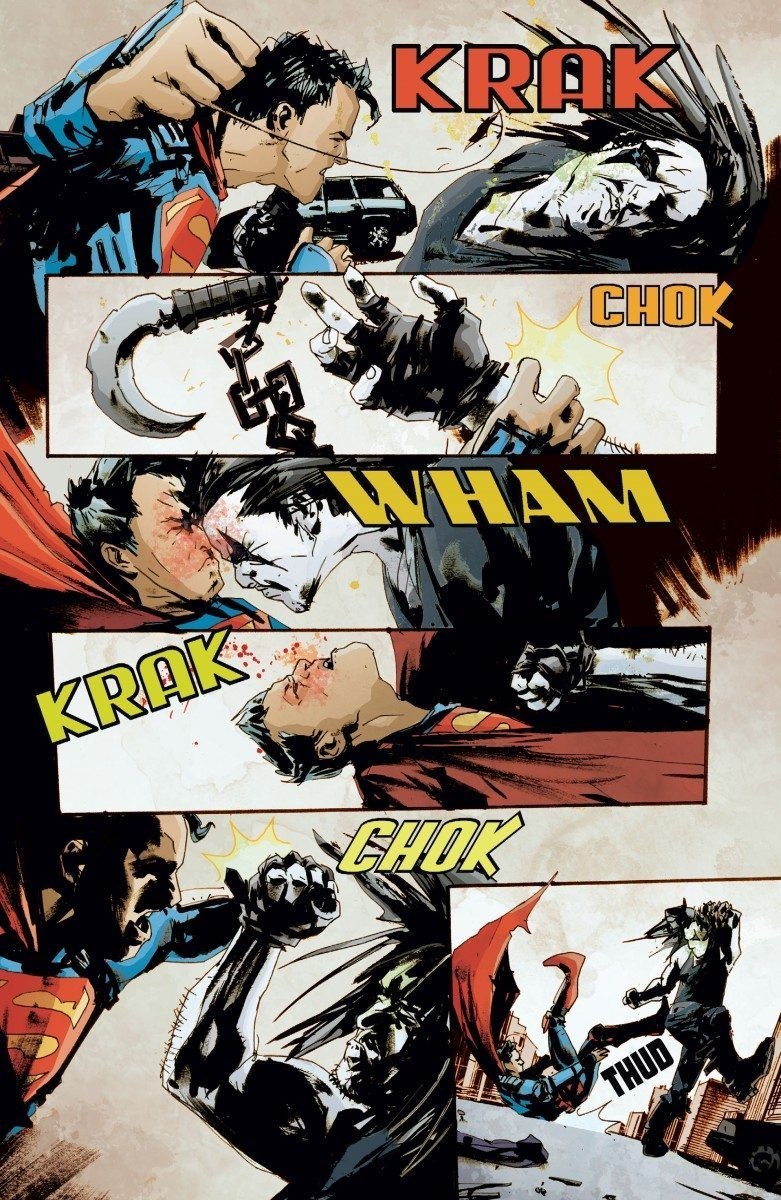 SUPERMAN AMERICAN ALIEN #7 is a great way to end the incredible miniseries. To fully become Superman, Clark needed to become the beacon of hope and Landis does this well by having Clark wear the costume while he defends earth for the whole world to see. It’s sad to see the miniseries conclude, but it’s refreshing to see a version of Superman’s coming of age story done this way. From now on, whenever I read Superman, I’ll think of this origin story.