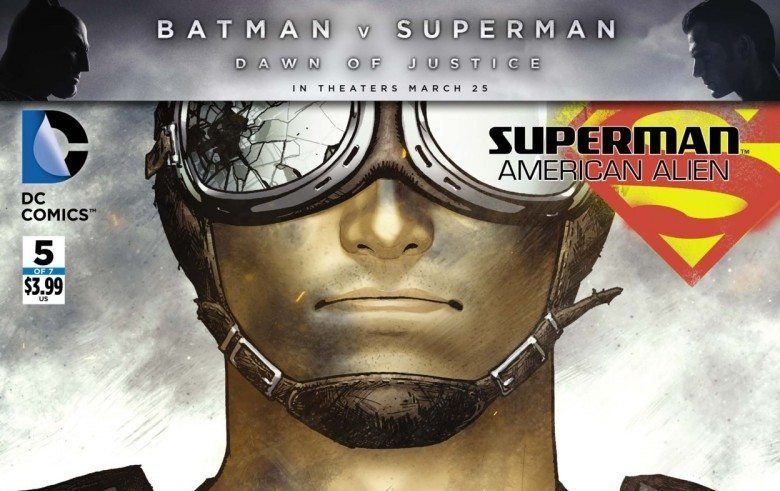 Screenwriter Max Landis continues his quest to “de-Mary Sue” Superman with AMERICAN ALIEN #5. If you’ve been following the series, you know that Landis is retelling Superman’s origins and adolescence in a really cool and different way. The AMERICAN ALIEN series is chronological yet also something of an anthology-style Superman series as well. Landis opted to have a different artist for each issue to make it clear that the themes and tones are different for each story. Issue #5 was drawn by Francis Manapaul, and his serious yet cartoony style lends itself perfectly to Landis’s comedy juxtaposed with the cool action sequences.

I’ve been a fan of this series since it debuted, and I can safely say this is the best issue so far. The stories have been getting better as Clark has gotten older, and in issue #5 we get to see Landis play around with the mythology of Superman a bit more. Issue #5 is the first time we see Landis’s version of Supes rock the S on his chest, we get more of the classic dynamic between Lois and Clark, and, most surprisingly, we finally get to see the Landisverse’s version of Lex Luthor.

READ: Go back to the beginning of Max Landis’s awesome run with Superman with American Alien #1

Landis is a known fan of the Man of Steel, and he has a lot to say about what the character means and represents (see this YouTube video Regarding Clark). AMERICAN ALIEN #5 is a clear depiction of that. We see a vigilante Clark Kent, not exactly “Superman” at this point, saving people and stopping crimes all over Metropolis. As you can see in some of the panel grabs I’ve included, his costume is a dark, homemade version of his classic super-suit, sort of resembling a Batman costume. He includes a bulletproof vest, gloves, goggles, and even knee pads. Though we have yet to truly see how powerful Landis’s Superman is, his makeshift vigilante gear is more for form than function. 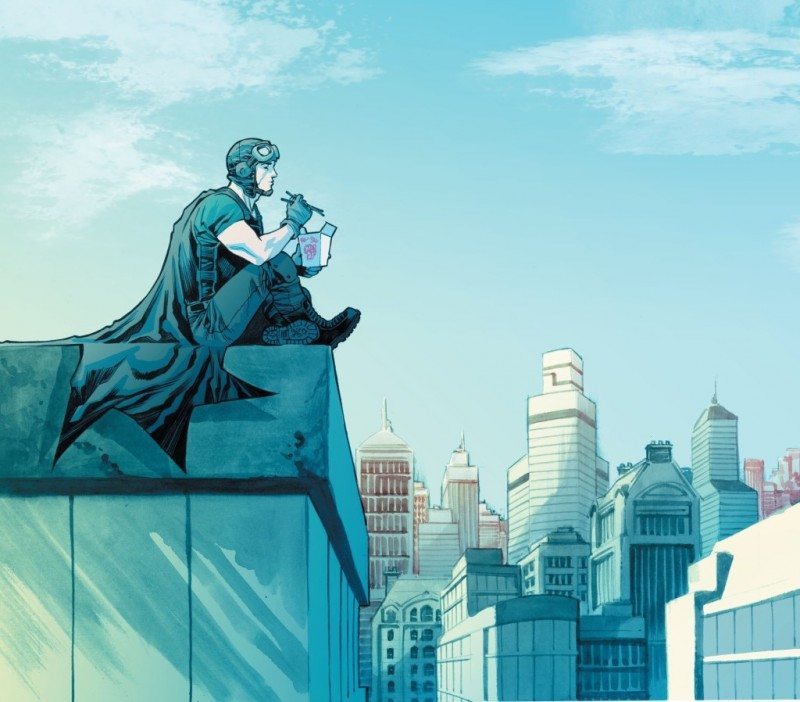 Things escalate pretty quickly as we see Clark face one of his first real challenges as a hero, a huge electrical monster terrorizing downtown Metropolis. He teams up with the police and military to help neutralize the threat, which has ties to Luthor. It’s great to finally see Clark, cape and all, fighting monsters, but what makes this issue special is the conversations between Daily Planet interns Lois Lane and Clark Kent.

READ: Fan of Man Of Steel? check out our revisiting Zack Snyder’s modernizing take on Superman

Lois is chasing down the story behind the Metropolis “skyman” and has a deep conversation with Clark over the hero’s motivations, identity, and future. Landis is great at creating cool sci-fi action scenes, but where he truly shines is in character-driven dialogue, and that is clearest in in the diner conversations between these two.

What Landis has done with AMERICAN ALIEN is something that artists and writers have been trying to do for years: modernizing the character. We saw it attempted in Zack Snyder’s blockbuster film MAN OF STEEL, and in the reboot of ACTION COMICS as a part of the New 52 movement. As a fan of Superman, I don’t think he has been brought into our contemporary information age as well as Landis has done with AMERICAN ALIEN. Landis has an unmatched ability to capture the millennial zeitgeist, as shown in his insightful use of YouTube and Twitter, so it should come as no surprise that he’s done a great job of bringing Superman into our contemporary culture.

If you’re not up to date on AMERICAN ALIEN, head to your local comic store and correct that immediately, and if you’re a fan of the series, let us know in the comments what you thought of this issue.