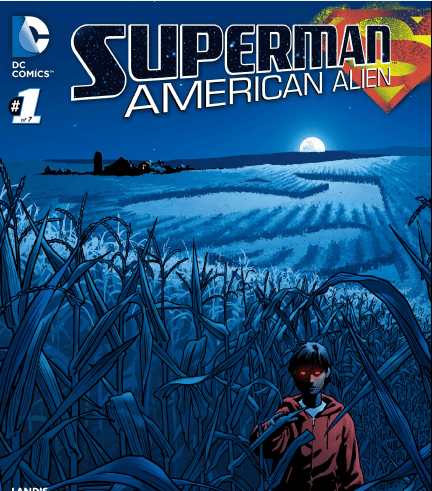 What would happen if you started to float up into the sky? How scary would it be? How would your parents react? Could you ever see yourself as normal? How will Clark Kent handle all of this? SUPERMAN: AMERICAN ALIEN #1 tries to tackle it all, so keep reading to find out!

It’s hard to tell a great Superman story, not to say it’s impossible. Case in point, SUPERMAN #39 by Geoff Johns and John Romita Jnr. That single issue said a lot about the Man of Steel. About who he is, and why he is one of the greatest super heroes of our age.

So when Max Landis announced he would be writing a limited 7 issue series about Clark’s early days, it was greeted with eager anticipation. But beneath that, there were worries. Can he capture the spirit of the Last Son Of Krypton?

And, Rao be praised, he does just that. From the first page to the last, SUPERMAN: AMERICAN ALIEN #1 is an emotional take on key moments from Clark’s childhood.

The issue opens with Clark floating high above the ground, Martha Kent holding on for dear life beneath him. Clark can’t stop going up while Martha is ready to fall. Watching all this in shock is Jonathan Kent, helpless to help his son and wife. It’s a scary situation. And while Martha escapes unscathed, Clark continues to endure these terrifying ordeals. At one stage, it happens to him while he is at a drive through cinema. Not only does he question if he is normal, but Jonathan starts to ask that question too. 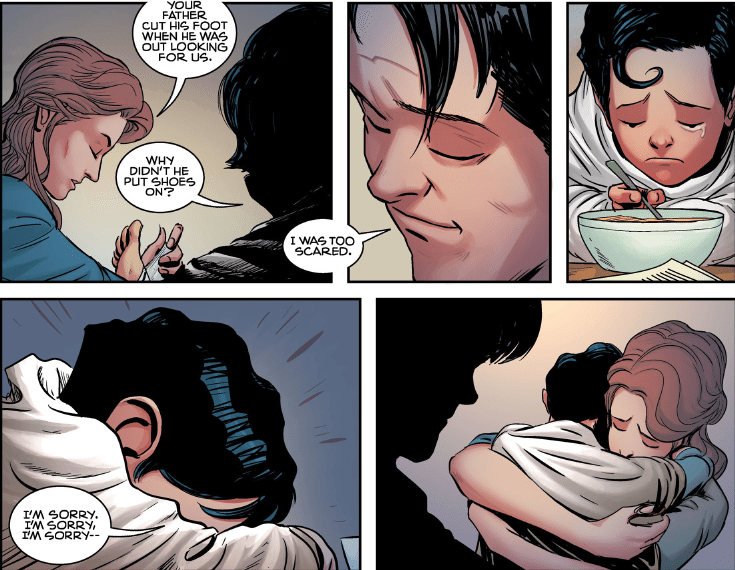 While Landis tackles Clarks issues with flight, Nick Dragotta is tasked with making us believe a boy can…hover. And he does this so well, his art style feeling like a mixture of Doc Shaner and Rafael Albuequerque. The art is alive with energy and drama. He manages to cram a lot of panels into each page without it feeling overcrowded. A lot of his art concentrates on the characters’ faces, how they react, and how they see themselves. For a story that feels like it’s all about “Up, Up and Away,” it is very intimate, and works all the better for it. When the art does expand out, its color, by Alex Guimarães is full of blues and reds, hints at a bigger world out there waiting for Clark.

READ: Is this the final tale of Superman? Read our SUPERMAN: WHATEVER HAPPENED TO THE MAN OF TOMORROW? Review here!

What also makes this such a good issue is the Kents’ interaction with each other. Clark continuously questions who he is, and while the Kents don’t have all the answers, they try their best to help their son. That doesn’t come without its complications, and it’s interesting to see Jonathan’s fears about who his son could become. There are moments when he has doubts, but what makes the Kents such strong role models for Clark is that they overcome those doubts and embrace their son, red glowing eyes and all. Meanwhile Clark begins to see himself as this otherworldy alien, and it’s heartbreaking to watch. 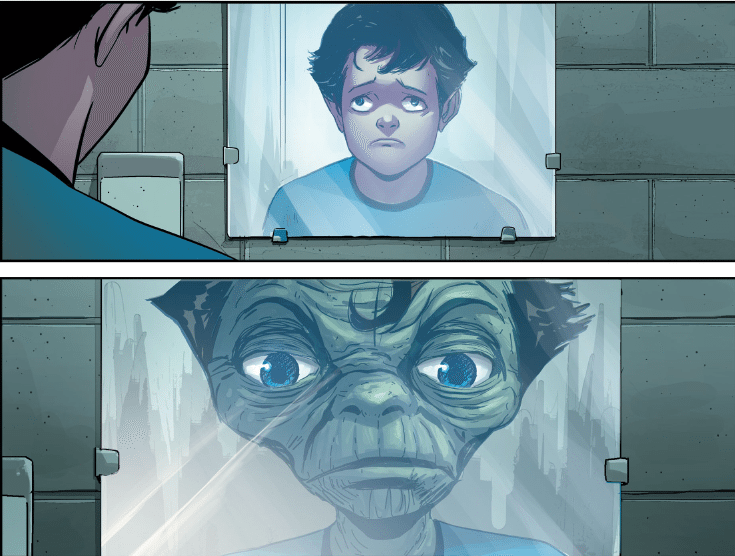 Despite all this, there is a lot of joy in this book, and one of the most endearing things is reading about how Jonathan tries to help Clark fly, and I have to admit that I had a big goofball grin on my face and a slight tear in my eye. But Landis does get to the heart of the Kents, and in turn, shows us this is where the seed of Superman began. With some fear, and some trepidation, but also with overwhelming hope and love. 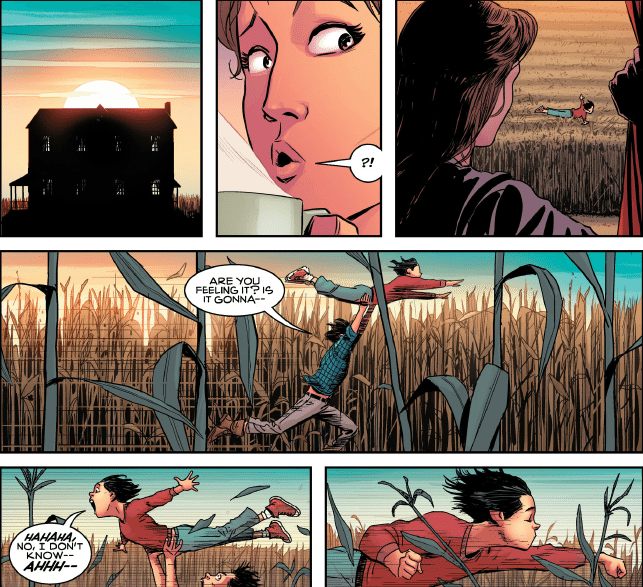 If you want to see what Superman can be, pick up this book. It’ll make you believe again.

READ: What’s so great about SUPERMAN anyway? Read our article on what makes him such a great character!