The New 52 Superman is dead and buried (supposedly). DC’s attempt at a younger, more brash Man of Steel never really caught on. For the most part it never really rang true, except perhaps in SUPERMAN#39. When DC Rebirth launched, he was replaced by the Pre-Crisis Superman, accompanied by his wife Lois and his son Jonathan. Through the first arc of this series, we have been introduced to this new family. While it has been issue after issue of action and danger, it’s also been a close examination of the family unit and the struggles of raising a child. SUPERMAN #6 feels personal, honest, and heartfelt. But is it a Superman story? A hundred percent yes.

READ: Find out more about the Pre-Crisis Superman in our review of SUPERMAN: LOIS AND CLARK #1!

SUPERMAN #6 wraps up the Son of Superman with grace, optimism, hope, and a hero who can inspire. The souls of Krypton trapped within the Eradicator have turned against their host, aiding Clark in his battle against his ancient foe. The Eradicator won’t give up so easily, demanding Clark acknowledge that Jonathan is a mistake, a dark smear on Krypton’s legacy. Superman believes that the legacy belongs to Jon and will fight with his last breath. 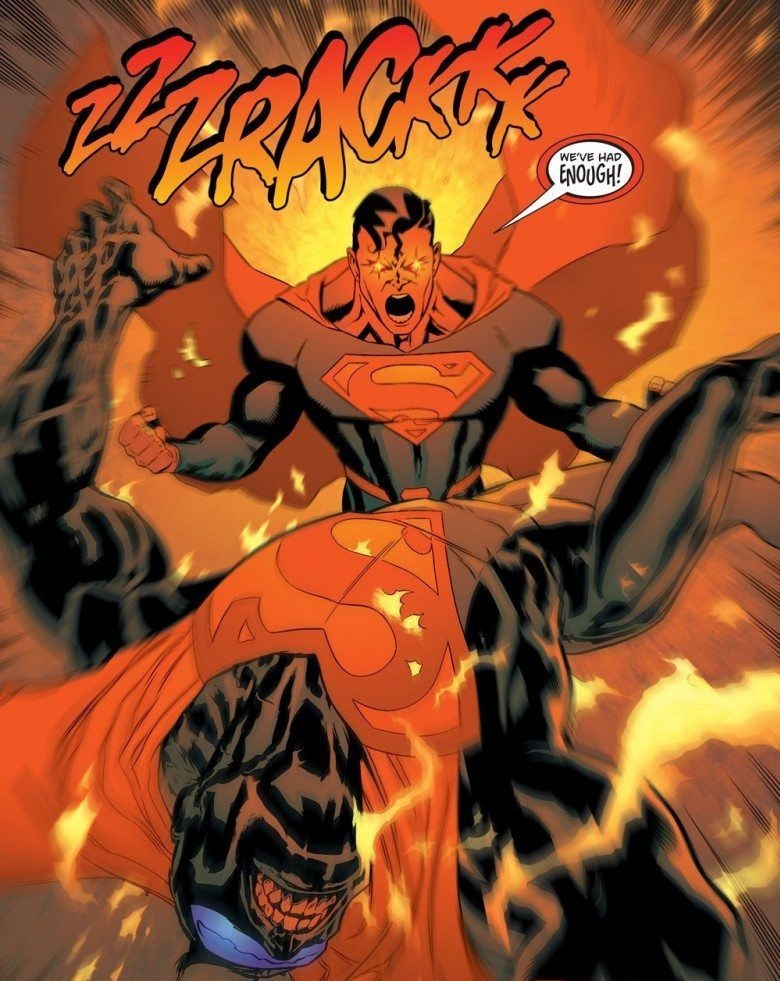 Peter J. Tomasi and Patrick Gleason orchestrate a fitting end to this first arc, balancing an epic confrontation with the Eradicator, while the world realizes that Superman is back. There are a lot of standout moments, in an issue that never feels overstuffed, that make you believe in the Man of Steel again: the clear and utter devotion to his family, his strength and hope in the face of adversity, and his sincerity in what he believes without it feeling twee. That’s not all; you also root for this family, wishing for them to succeed and survive. This is most apparent in the aftermath of the final battle between Superman and the Eradicator, when we see the family at peace for the moment. The joking and love between them would bring a smile to any reader’s face.

READ: Superman struggles to help the Justice League in our review of JUSTICE LEAGUE #4!

Gleason’s pencils and Mick Gray’s inks bring a lot of character to the book. While the overall action is bombastic and entertaining, it’s the smaller, quieter panels that somehow have the most effect. The cast of characters’ expressions are full of emotion and life, with a particular touching image of Superman witnessing the passing of the Kryptonian souls. John Kalisz’s colors are bright and dynamic, full of reds and yellows, that add another level of light and hope to the Man of Steel. 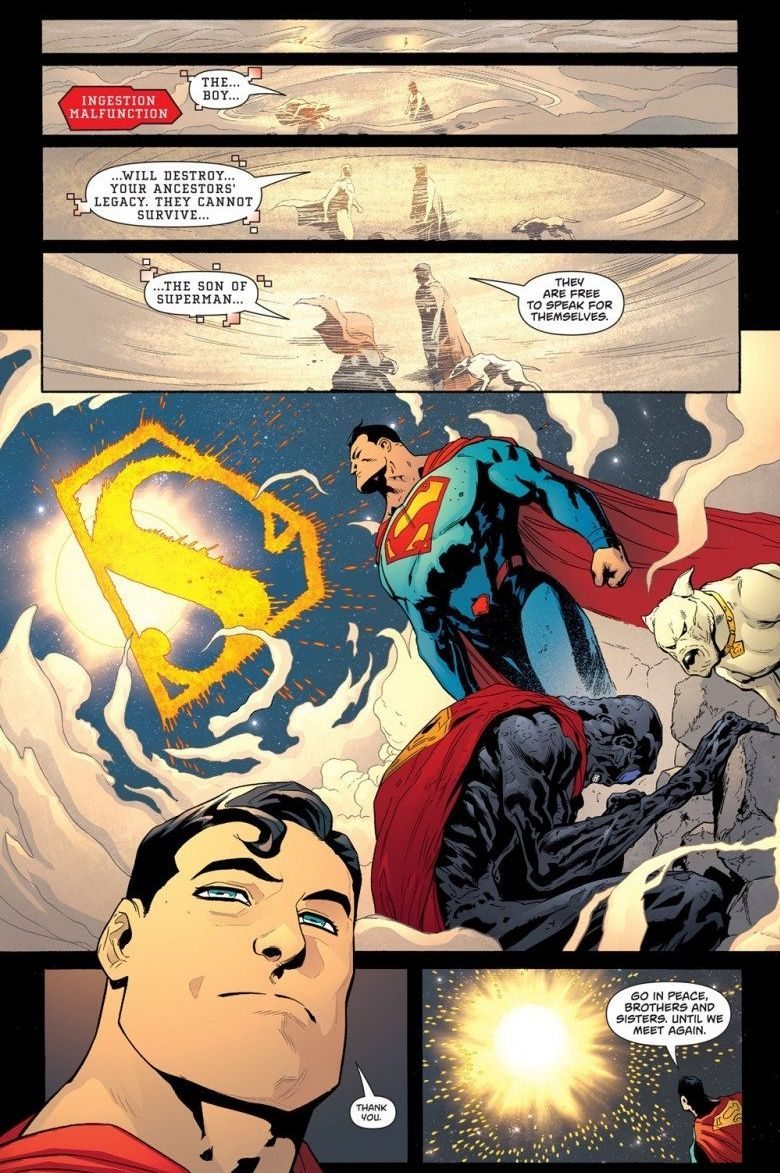 I had minor issues with this comic.  There is a lot of shadowing in the book, which sometimes leads the panels to feel too dark. There’s a beautiful splash page of Superman standing beside the American flag on the moon that’s wonderful to look at, but his main body is covered in dark shadows and ink which slightly diminishes the image. I’ve also read ACTION COMICS and JUSTICE LEAGUE, which seems to be at odds with this book in terms of continuity. Each one introduces Superman to the world in a different way, which can confuse the reader. He’s already active in protecting the world in JUSTICE LEAGUE. He first appears in Metropolis to fight Doomsday in ACTION COMICS. In SUPERMAN #6 humanity first laid eyes on him battling the Eradicator on the moon. It almost robs the reader of the impact of Superman making himself known to the public again. Almost. Fortunately, the storytelling is so strong these issues don’t distract you for long.

READ: Check out our list of essential Superman stories!

With an ending that will excite you and a Super-family that you can’t help but love, the creative team have successfully revitalized the much-loved character and made this series one of the must-buys of DC’s Rebirth line. Up, up, and away!