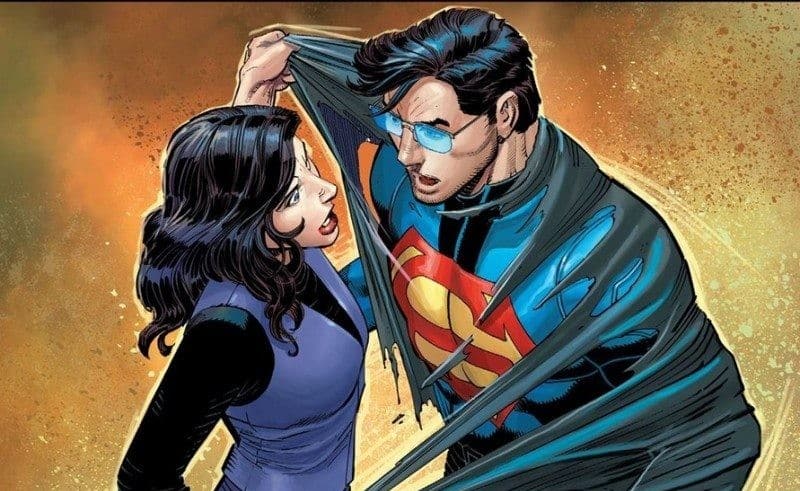 Clark & Co. find out who’s trying to out him as Superman: a large, elaborate, super-hi-tech extortion ring known as HORDR (get it? Because they’re hoarding secrets?). Before they confront this shadowy organization, however, Lois confirms her suspicions and literally tears the cover off Clark’s identity, learning (for the nth time) that he’s Superman. While trying to shut down HORDR headquarters, Superman is blindsided by an even shadowier figure, one who presumably saps him of his powers. 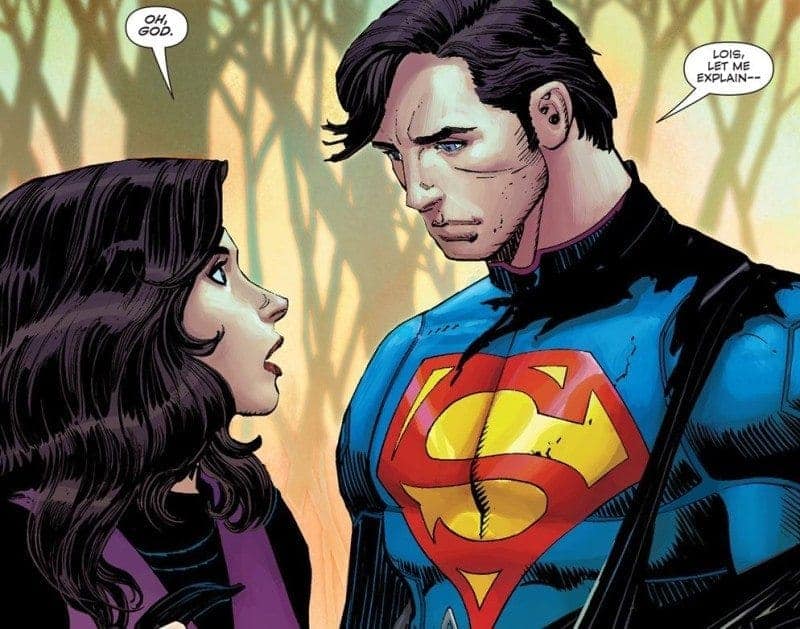 SUPERMAN (starting with #41) tells the story that leads up to the events currently unfolding in ACTION COMICS. The thing is, the story in ACTION COMICS works so well on its own that finding out how we got there feels superfluous. (Add to the fact that DC Comics seem desperate to get you to read SUPERMAN: each issue of ACTION COMICS is peppered with editor’s notes reading: “WANNA KNOW HOW? READ SUPERMAN #41/42” and so on). This alone is not a death knell for SUPERMAN. Knowing what happens can create interesting narrative opportunities rife with dramatic tension, and bolster an otherwise already-great story. What could be a story no one cares about can actually be interesting, compelling, and enjoyable–something that can stand on its own rather than feel supplemental.

SUPERMAN does not do that.

I enjoy John Romita Jr’s artwork, but it is not suited to this story. It’s clearly a unique and refined style, but here it feels incomplete. It’s dynamic and lends itself to fast-paced, exciting storytelling, but it also reads like a sketch, like it lacks grounding or substance. This sounds like a condemnation of his work as a whole, but it’s not. In fact, Romita Jr’s work on the recent Remender run of CAPTAIN AMERICA is great and and a lot like Cap: strong while light on its feet. Klaus Janson’s coloring in SUPERMAN #42 actually mitigates some of the airiness of the artwork, but when the story already feels forgettable, a lack of anchor in the artwork just doesn’t help.

The pacing on the story is off. The cover work (and the promotional material) touts this as an issue in which Lois finds out Clark’s secret, but it spends maybe a page and a half unfolding that. The rest of the time, we both learn who the story’s villain is, watch Clark, Jimmy, Lois, and their informant Condessa sneak into the seemingly secret base of this villain, and see Superman destroy said base. It’s fine if the villain was a plot device, but that’s not how they were set up last issue. One would think with HORDR threatening to out Clark, that would tie into how Lois finds out. Nope. She finds out completely separately. In fact, she just figures it out!

I will believe that Lois Lane, the Daily Planet’s greatest reporter, can’t see through Clark Kent’s glasses that he’s Superman. I will, because the comics need that to be true, and we can’t have more comics without it. But in a world where that disguise works, you can’t say Lois used her investigative skills to deduce that Clark was Superman without it falling flat. 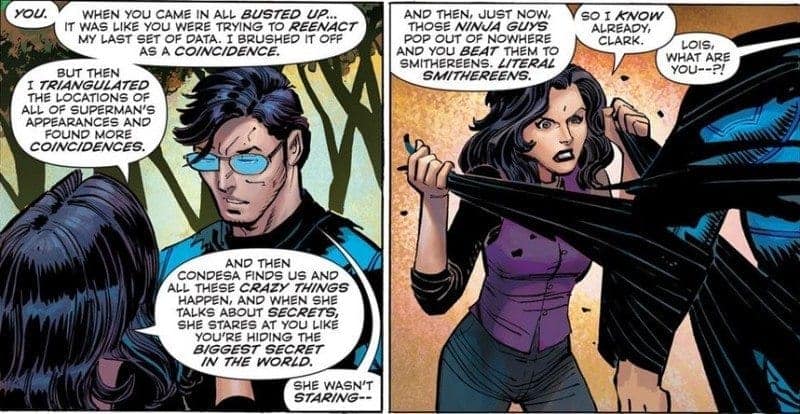 The issue’s also tonally confused. HORDR is set up as some threat, yet Jimmy and Condessa (the HORDR whistleblower who gets them all inside HORDR’s base) try flirting out of nowhere–especially when the base is blowing up and Condessa seemingly just betrayed him. SUPERMAN #42 tries to do so much, but it all feels so disjointed and rushed and parts of different issues pasted together.

I don’t like giving negative reviews like this, but this arc of SUPERMAN was highly promoted and touted as necessary reading in concert with ACTION COMICS. On top of that, it’s SUPERMAN. I guess it hurts even more because “Justice”, the ACTION COMICS arc, is just so good. Unless you’re an obsessive and need to know, the next time an editor in ACTION COMICS tells you in a tiny box to “READ SUPERMAN #40-WHATEVER”, don’t. You really don’t have to.