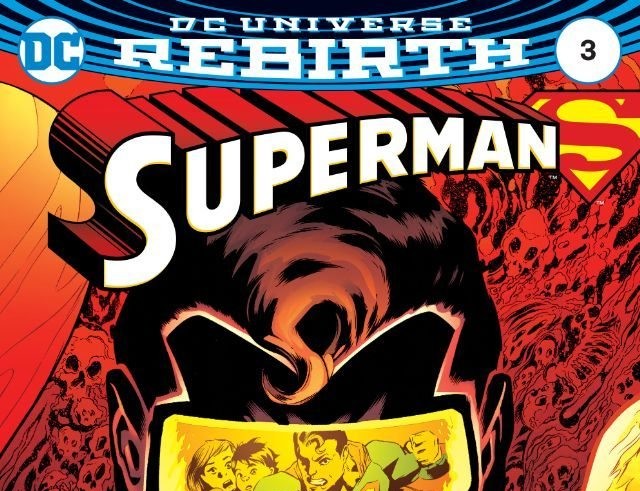 At the end of SUPERMAN #2, Jonathan Kent had been hurt falling from a tree. He appears to be invulnerable, but his powers are not in full effect yet, meaning he can still be harmed. In a desperate need for answers, Clark and Lois decide to take him to an abandoned Fortress of Solitude left behind by the New 52 Superman. Unfortunately, the Eradicator has just re-emerged and is waiting for them there.

READ: Start from the beginning with our review of SUPERMAN #1!

SUPERMAN #3 wastes no time getting these super-powered beings clashing. Entering the Fortress, Clark becomes enraged at seeing the Eradicator standing over Krypto and immediately attacks him. The rest of the issue is a slugfest, leading to an uneasy truce. Though misguided, the Eradicator wants Krypton to live again. The only way for that to come true is for the human part of Jonathan to be burned away, and what happens when the Eradicator attempts to do this is both shocking and tragic. What will Jonathan do in retaliation? 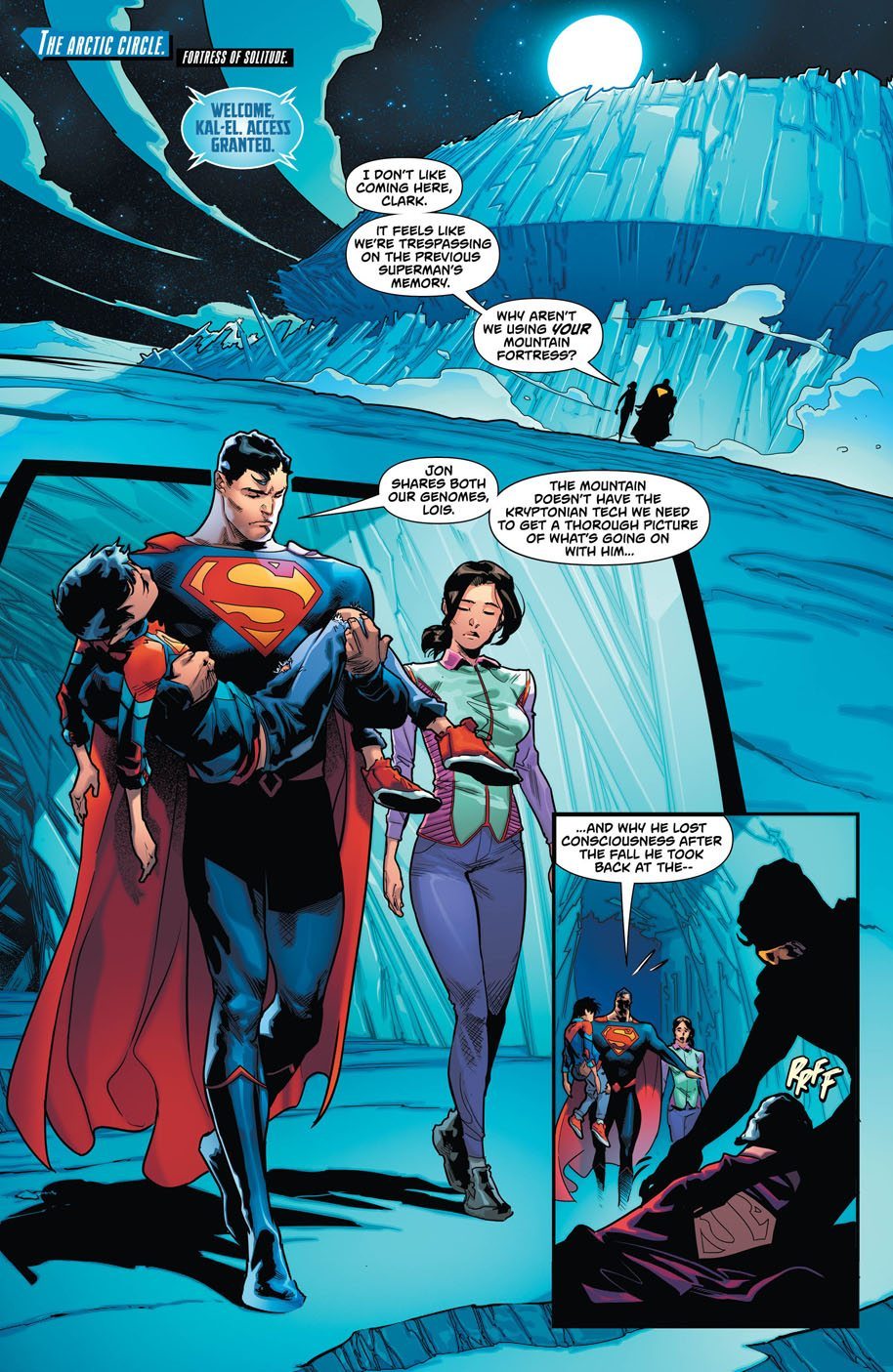 The SUPERMAN Rebirth series has been moving at an accomplished steady pace, offering a mixture of action and tender family drama. This issue is no different as Peter J. Tomasi and Patrick Gleason continue to focus on Jonathan Kent and the mystery behind his inconsistent powers. While the previous two issues are set in the wide open spaces of Smallville, SUPERMAN #3 has a slightly more claustrophobic feel, situated amongst the ice-blue coldness of the Fortress of Solitude. The Kents want to help their son, but the Eradicator stands in the way. This leads to some powerful, gorgeous action scenes that pack quite the super-punch.

This issue sees a change in artist and colorist with Jorge Jimenez and Alejandro Sanchez taking over each task respectively. They bring with them a tighter dynamic to the story. Jimenez’s inks are cleaner, with less reliance on a lot of inky shading that plagued previous issues. His line work is also very defined, making the story quite easy to follow (the artwork at the end of SUPERMAN #2 was a confusing mess). Jimenez focus is on the characters here with very little background detail on display. He leaves the sense of place to the colorist while he centers on the intimate family drama. His character designs are touching, etches of humanity on a super-powered scale; Superman is stern, a concerned father figure, Lois strong and decisive, Jonathan wide eyed and questioning while the Eradicator is a charcoal colored shade of the Man of Steel. 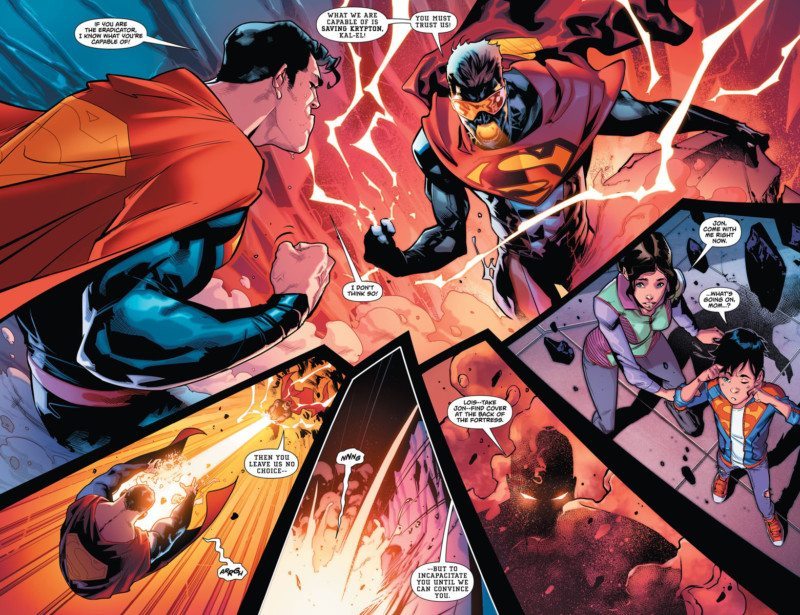 Sanchez’s work really sets the tone. John Kalisz’s colors on previous issues have been bright and poppy, set beneath an open sky. Sanchez uses light blues and slightly muted colors as the Kents delve deep into the Fortress, which lends the enclosed atmosphere a sense of being other, alien, far away from the Kansas sun. Everything is also lit artificially, and really creates a character for the Fortress.

LISTEN: We discuss the holy trinity of DC comics; Superman, Batman and Wonder Woman, in this ComicsVerse podcast!

This is a strong issue in a Superman series that feels confident in its storytelling. It’s enjoyable and fun while keeping the stakes high. At its heart stands a hero that feels like Superman again, ready to do the right thing with a smile on his face. This time around, he just wants to save his son. Hopefully this story arc stays consistent and strong, and I’ll keep coming back for more.