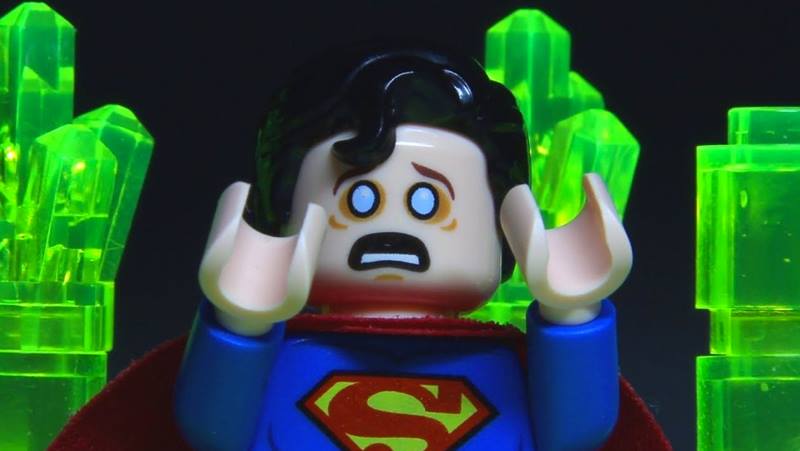 Superheroes have been showing up in music since they were first created, much like how references are made to celebrities in many popular songs. There are a few reasons for this, one being that by mentioning trending topics, artists can increase the popularity of their music. Market-driven music is not a new thing, but there is a more visceral reason that one might use superheroes in their songs.

Artists use the already established fiction of superheroes and insert themselves into the storylines. In this way, they can show that what they’re feeling is something “super” in its own way. Music’s function is to mirror the feelings of the artist and the audience, connecting them together. In this way, an artist validates their audiences’ beliefs and emotions. It also makes the song incredibly relatable because many people will understand a reference to the vastly popular SUPERMAN and be able to piece together what the artist is saying.

One of the most obvious examples is American rock band 3 Doors Down’s song “Kryptonite” from 2000. If we start off this analysis by taking the song literally, the speaker is Superman. We journey with him as he talks about how he’s tired of being treated badly by the people he works so hard for.

“You called me strong, you called me weak,
But still your secrets I will keep
You took for granted all the times
I never let you down
You stumbled in and bumped your head,
If not for me then you’d be dead
I picked you up and put you back on solid ground”

The people may love Superman when he is there to save the day, but that love seems to be conditional. If he’s not performing up to their standards, he’s useless to them. Or at least that’s how he feels in the song. He even sounds a little vindictive towards the end, when he points out that he could’ve just let them die.

Then we have to take into account who Superman is singing to. People usually cater to the type of audience that is in front of them in order to gain their approval or help. It is no different here.

Who is this “friend”? It could be his best friend Jimmy Olsen or his love interests Lois Lane and Diana Prince. “You” might even be used in the plural sense to refer to the entire Justice League who have witnessed his ups and downs. Either way, we know that this friend is important to Superman, and no matter what, he wants them in his life, whether it’s going well or not. He stresses this by talking about how he’ll use his powers to do so.

If we think broadly, Superman might also be talking to the world, in general. He sees them all as his people and friends, at least when they’re not blaming him for not always being there. He doesn’t want them to hate him and could be seeking validation.

“I’ll keep you by my side
With my superhuman might”

This may sound extreme, but he’s trying to make a point. His friendships and the people he loves will always hold special meaning to him because they are what make him human. He values his humanity so much that he’s willing to use inhuman qualities to keep it. Why does he cling to that side of his life, the Clark Kent side? When you think about it, Clark has it much easier than his alter-ego. He only has the pressure of pleasing his boss Perry White and being there for his small group of friends. No one looks to him for saving. Instead, he’s just the loveable klutz with a good heart. It’s a relief for him to just be Clark.

“If I go crazy then will you still
Call me Superman?”

His insecurities and fear lead to this very vulnerable question. He ponders if it’s his sanity that makes him a hero. After all, we do have Bizarro, the mirror-image of Superman who was created in 1958 by Alvin Schwartz. Bizarro is the botched clone version of the Man of Steel with all the same types of powers, just reversed. However, he’s incredibly unstable and often ends up being the villain or anti-hero. This is Superman without his sanity, but it’s also Superman without his morality.

READ: What makes SUPERMAN the bravest of them all?

What Superman fails to realize in this song is that it’s not his saneness that makes him a hero and it’s not even just his powers. Instead, it’s who he is as a person. However, Superman is not in a state of mind where he can understand this, as we see from the first verse of the song.

Superman is going through some sort of depression and crisis of faith. He’s faced with doubts about who he is, if what he’s doing is right, and if he’s really needed; and these thoughts paralyze him. It’s almost like he’s on hiatus from being a superhero, which is very unlike him. Superman is usually the boy scout of the Justice League and always trying to save the day, no matter what. The only thing that could sway his heroic sensibilities is his doubt in himself. He feels inadequate, so he takes a step back from the world and locks himself in his own head.

When you take all this into account, the literal of the meaning of the song seems pretty bleak. It’s almost like Superman’s suicide note to the world. It’s as if he’s going to quit his job and just be Clark Kent 24/7 and get to be with the people he cares for. The words are pained, sad, and tired. In a way they’re even hopeful because Superman hasn’t completely given up – he’s just questioning it all.

READ: Find out what our SUPERMAN movie dream team would be!

But what about if we take the song figuratively? Does it still have the same emotional impact on us? The song was written by drummer and vocalist Brad Arnold when he was 15 and sitting in math class. He used Superman as a metaphor through which to express his feelings:

“And that’s the question it’s asking. It’s like, “If I go crazy, will you still call me Superman?” It’s asking, “If I’m down, will you still be there for me?” But at the same time, “If I’m alive and well, will you be there holding my hand?” That’s kind of asking, “If I’m doing good, will you be there for me? Will you not be jealous of me?” That’s the basic question that song’s asking, and maybe throughout the years of singing that song, I might have come up with more meanings for it than it actually might have originally had.”(Wikipedia)

The song’s original meaning is less depressing than my analysis of it. It’s more ambivalent, leaning in both positive and negative directions. Still, Arnold makes a good point when he talks about how the meaning of songs are never concrete. Music is an art form, and like all art forms, styles shift over time.

This is further endorsed by the music video directed by Dean Karr. It presents us with a character similar to the protagonist in 2014’s BIRDMAN. Like the movie’s Riggan Thomas, the old man in the music video had played a popular superhero in films and on TV. However, he has since faded into obscurity and has really let himself go. When he sees an opportunity to save the day for real, he takes it, and while it may not be as picturesque as in movies, he does beat the villains. This combines the ideas of both the literal analysis and Arnold’s.

Some people may say that they believe the literal meaning of the song more than Arnold’s. Others may say the complete opposite or even agree with neither. Maybe they just take Karr’s video as the real answer. That’s up to them. Whatever meaning they choose to have for it doesn’t change the fact that the song is linked to Superman and superheroes in general.

So why do people connect to a song about Superman? The answer lies in how the two mediums are connected. The function of music and superheroes are not so different. Music mirrors human emotion and current events, but at a more intense level. Superheroes are meant to show us the qualities of good people, and how powers enhance their good qualities. Both mediums try to elevate the human experience. By intertwining them, artists have this new medium in which to connect to human emotion, and therefore reach a larger audience.

Music is a medium through which comic book characters can become examples for how we should and shouldn’t live our lives. In “Kryptonite,” Superman is like a lot of us, conflicted and lost, but still hanging on. It’s a noble pursuit to keep pushing on like that, and it inspires us to push on with our own lives, as mundane as they may be in comparison. Artists use fictional characters literally to enhance their own real emotions.

3 Doors Down uses fantasy to relate to the non-fiction lives we lead. Not only that, but they used a popular superhero to attract the attention of their audience. In this way, they were able to deliver Arnold’s message through an easily digestible and catchy song that is still played around the world 16 years later.