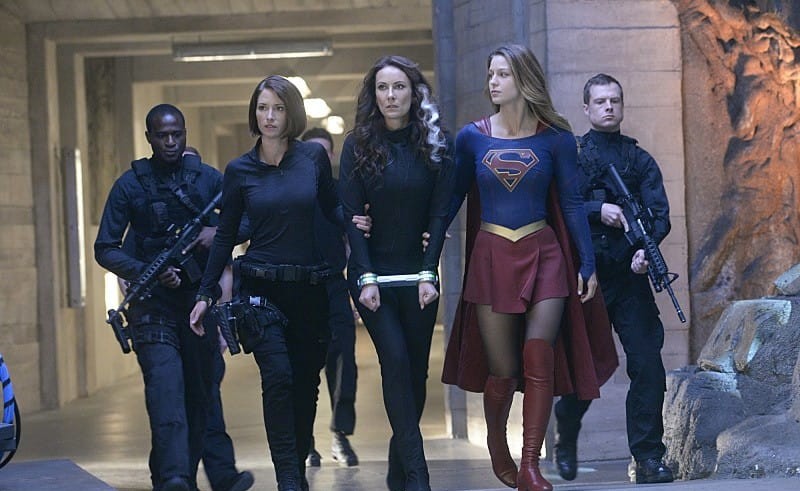 We begin where we left off, with Kara up against Astra’s Husband Non, which ends extremely quickly once Non kidnaps Hank Henshaw. Kara and Alex discuss a few different attack strategies before everyone’s favorite General, General Lane to be exact, shows up to take over the DEO. Meanwhile, now that I’m writing this down I realize, a lot of other plot lines are continuing on. Kat, who determined at the end of the last episode that Kara, or Kiera as she calls her, was Supergirl, will not hear otherwise, which puts Kara’s job in jeopardy, while Winn and James Olsen are investigating what exactly Maxwell Lord is up to. Oh and Kara is also trying to determine what exactly happened between Astra and her mother. Oh and Hank is an alien, but Kara doesn’t know while Alex does, so that’s also an on-going plot point here. (Dear Lord!)

READ: Want to catch up on SUPERGIRL? Read our review of the action-packed and impeccable first episode! 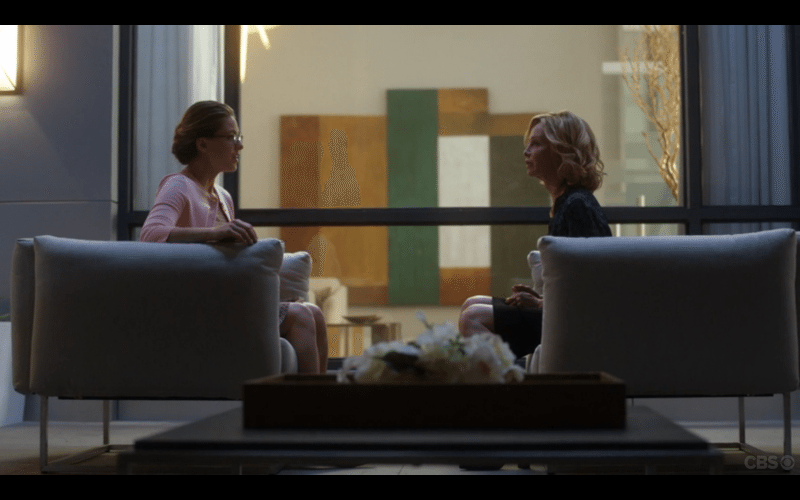 As you can tell from that short summary, there are a lot of plot lines here. And while all of these plots have something nice to add to the story, because of how many of them there are, the quality lacks in a few of them. The James-Winn-Lord plot is very lacking. The break-in scene, while nice from a characterization perspective, adds nothing to this two-parter. The Maxwell Lord reveal mostly exists to add just another problem to Kara’s plate so that she will have a breakdown and begin to act like Astra (Well, all of the other characters seem to believe that while I have to say that I disagree). I also understand that this show airs at 8 pm Eastern, but the amount of damage that James withstood from Maxwell Lord was not enough at all. I don’t know if they wanted me to think that his face was blotchy or what, but one minuscule cut on his lip was just not enough for how hard he got punched. It was very menacing when Lord approached him and hit him so hard that I expected the reveal of Olsen’s face to be awful, and then all he had was a slight lip cut. Come on. That’s just not realistic at all. (I understand that it’s a superhero show but still! He’s a human! Who got punched in the face!)

I think the strongest plot line is the one that exists between Kara and Cat. With each episode, Calista Flockhart has just added more and more to this character, and when she saluted Kara as Supergirl in the previous episode, I didn’t think she could get any better. Well, she got better. Her steadfast belief that Kara is Supergirl is simultaneously funny and interesting (So interesting that it made me sad that they got out of it at the end of the episode). And of course, the theme of this episode is “Blood Bonds”. I think it is dealt with very nicely, but there were points where it felt very shoehorned in, like at the end of the episode when Clark used it. It just felt a little bit too on the nose for him to just bring it up out of the blue. Sweet and emotional, but a little clunky. (Much like the idea that Kara was turning into Astra when she didn’t commit or commit to any terrorist actions.)

READ: Looking for a new show with a strong female lead this year? Check out four reasons why JESSICA JONES should be at the top of your list! 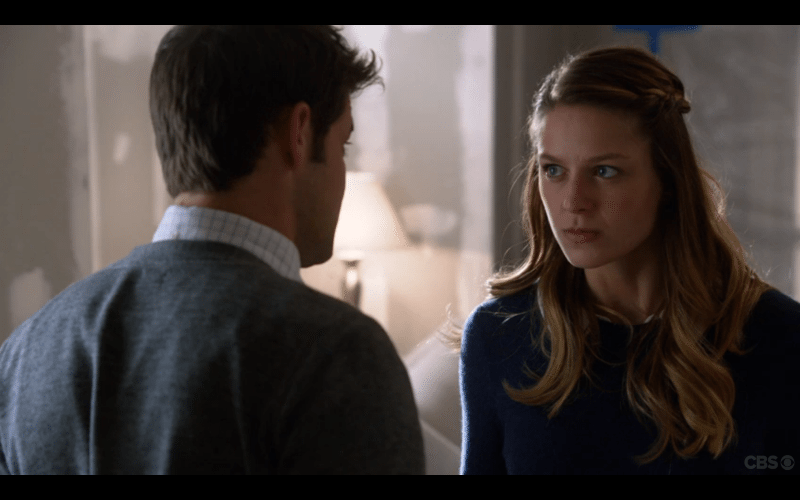 The thing is, on the whole, this is a good end to a two-parter, but for some reason, this episode came after the hiatus. That is a huge mistake for a lot of reasons, but the main reason is that this is clearly a two-parter with “Hostile Takeover”. It is also a two-parter that does not have a real breaking point. It ended the last episode in the middle of a fight and picked up here at the same place. There was no natural end to the last episode and no natural beginning to this one. That is honestly the main criticism I can give of this episode because outside of the problems I mentioned before, this is the huge problem that just cannot be avoided with “Blood Bonds”. So while I still love SUPERGIRL, I have to say that I am glad this two-parter has come to an end and that it looks like Maxwell Lord is finally going to start flaunting the obvious super-villain muscles he has because it’s time for the second half of SUPERGIRL, and I will be here to review it for all of you good people every Monday night.

WATCH: Did you miss New York Comic Con 2015? No worries! Check out our interviews, but start with our discussion with David and Meredith Finch of WONDER WOMAN!

-Side note: I know that I missed reviewing the last few episodes of SUPERGIRL, but I promise that this will not happen again so trust me!

“I don’t have an attitude problem. You have a perception problem.” Cat, sometimes I think that they modeled you after me.

“One time at a party, Paul McCartney swore to me that he and Yoko were the closest of friends. He was more convincing.” I don’t know who has their hand most in conceiving these lines for Cat, but they are the best, and I will not apologize for all of the quotes that I pull out coming from her character because that’s a fact. Sorry. Oh, wait. I’m not sorry.

Kara: “You didn’t learn that in Kansas.”

Me: *respectfully holds back tears*

Winn and James both holding Kara’s hand was weird. Let’s all pray that this uncomfortable love triangle situation ends soon because at this point I’m going past annoyed to just bored with it. Well, actually, I’m just annoyed that the show wants me to care about it because it’s so boring.