Since last week’s super-shocking episode (Sorry, I’m still not over it.) got moved up due to the Paris bombings, this week we take a step back from all the Thanksgiving revelations to solve a bombing and babysitting crisis. Honestly, the real question is: Kara, how does she do it? Let’s find out, shall we?

SUPERGIRL S1E5 “How Does She Do It?” Written by Yahlin Chang and Ted Sullivan and Directed by Thor Freudenthal

We begin with Kara saying the equivalent of “What could possibly go wrong?” when she finds that she’s being tailed by some odd machine. However, this is just the beginning because there is also a series of bombs that start going off all over the city, Lucy Lane and James Olsen start fighting, Cat needs a babysitter cause she won Lois Lane’s award in Metropolis, Maxwell Lord has a crush on Alex, and Winn is still just plain adorable. (I can’t help it. He’s so funny and cute!) 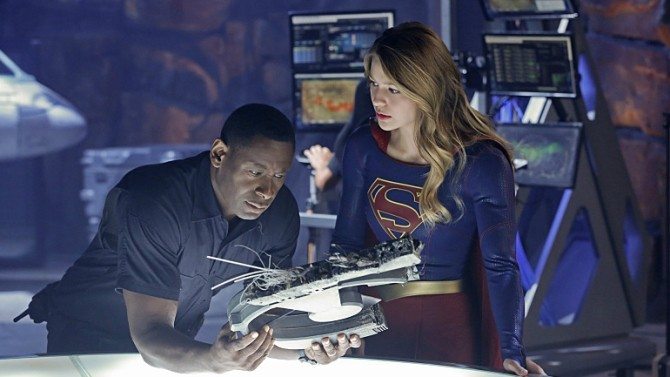 READ: Behind on SUPERGIRL? Check out last week’s review of SUPERGIRL S1E4 “Livewire”!

There is a lot to like about this week’s episode. Like last week’s, the character beats have to be my favorite moments. Everything that Cat says is just a revelation of comedy, and watching Winn pine over Cat gets more and more painful each week. In addition, it was really nice to watch Cat smile and to watch her teach Kara even though it was in Cat’s own little tough love way. Melissa Benoist continues to dazzle in the role of Supergirl, and Chlyer Leigh as Alex Danvers continues to steal the show,  especially in the charged scenes that she shares with Peter Facinelli as Maxwell Lord. The more I watch the more I am convinced that no one recognizing Kara as Supergirl is not strange. Logistically, it seems ridiculous that no one would notice her, but I have to say that when Melissa Benoist puts on the cape, Kara becomes a different character. She truly becomes Supergirl, which is not an easy feat of acting.

However, while I completely understand the switching of this episode with last week’s, I have to say that a lot is lost with the switch narratively. One example is that at the beginning of the episode Alex tells Kara to trust Hank Henshaw. Considering that at the end of last week Alex and Kara presented a totally awesome and badass front against him, this was a little weird. Outside of small issues like that, it would have just been better to have had all of this character development before “Livewire”. I was not shocked by Cat’s sudden character development in that episode, but if I had this episode first it would have been less surprising. The most obvious issue is with James and Lucy’s relationship since last week they went to Colorado for Thanksgiving, and this week they are acting as though they had never gotten back together. 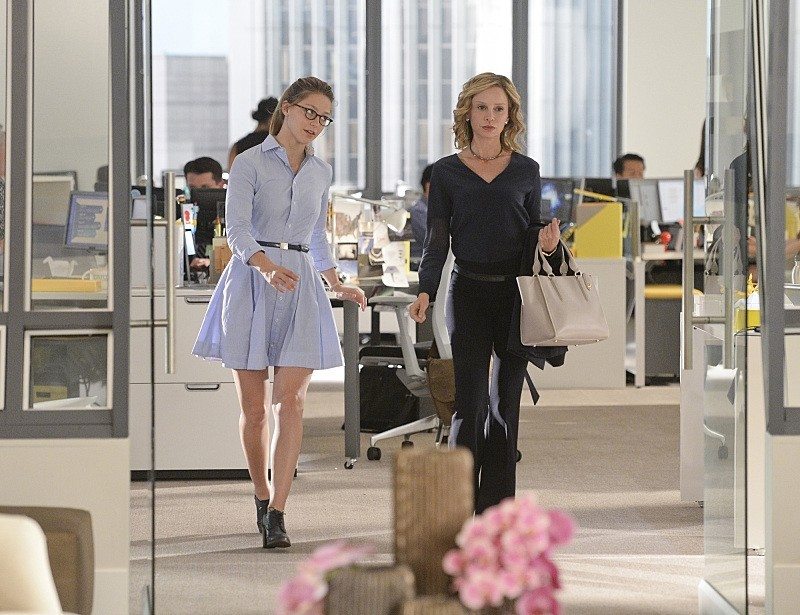 READ: Enjoying female-driven shows? Check out our preview of another popular show character who is finally getting her own comic book, Mockingbird!

The special effects were few and far between, but while on the whole they were pretty much on the same level as all other superhero shows, the animation for Kara’s X-Ray Vision and her melting through the train’s floor were both top notch. It is odd that this episode felt as though it wasn’t special effects heavy because there is a good number of scenes that feature them. This probably comes from what makes this such an enjoyable show to watch, the scenes between characters. For example, Alex has about three scenes with Maxwell Lord, but every single one of those scenes was interesting. It said something about Alex’s character or Maxwell Lord’s character, and the chemistry between them was amazing to watch. These characters are just getting more and more interesting, and that makes up for any clunky special effect that may appear.

On the whole, this episode would have benefitted from being played in its proper order, but that doesn’t mean that it is unwatchable. The amazing cast of characters makes it more than worth it, and, if anything, this episode just makes me more excited to see what happens next week when the season-long story starts to move forward again.

Cat: “Get me a salad. I don’t care what kind as long as there is a burger on top.” That’s the way to order a burger, Cat. Kiera, get me one too!

Of course, Maxwell Lord doesn’t like to rely on help from the government, he’s clearly a supervillain waiting to happen. And if he isn’t a supervillain, he is definitely trying to avoid getting caught for embezzlement.

Winn covering for saying he knows Supergirl: “I mean I feel like I know her.” Good cover, Winn. Good. Cover.

Kara to Winn: “You eat cereal for dinner, and your desk is covered with toys.” Me: No comment.

Alex: “Even the girl of steel may break.” Gosh, where do you all of these deep puns? I need some more of them in my life!

Cat’s son: “You’re getting killed.” Winn while looking lovingly at Kara: “Every day kid. Every day.” Me: AHHHHH ME TOO!

Maxwell Lord’s speech and inversion of the phrase “How does she do it?” is a piece of writing genius. Thank you to the writers Yahlin Chang and Ted Sullivan.