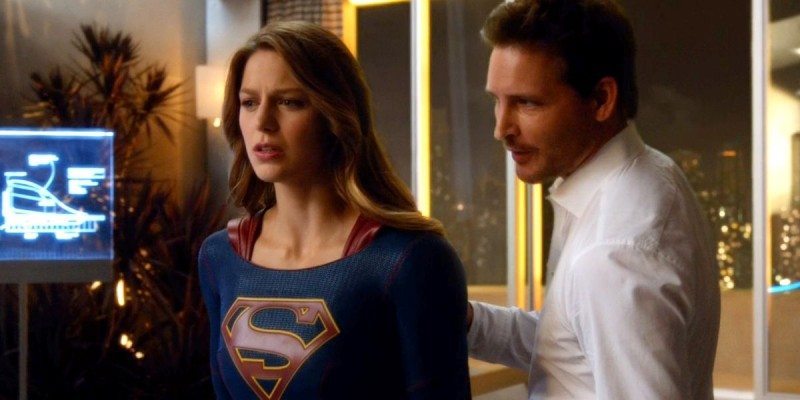 In SUPERGIRL’s penultimate episode, Non has unleashed Myriad. It turns out that Myriad is a form of mind control, and now everyone in National City, including Superman, are under Non’s control. In Supergirl’s desperation, she is forced to work with Maxwell Lord, a man who spent the majority of the season trying to take down Supergirl. In this episode, we get more insight into Lord’s mentality and why he feels the way he does about Supergirl. For this spotlight I will be looking at three aspects of the character in comparison to his comic book counterpart: (1) Origin, (2) Personality, and (3) Powers.

READ: Want more? Read all about the SUPERGIRL AND FLASH Crossover!

On the show, Maxwell Lord is the founder of Lord Technologies, and he is a brilliant scientist whose parents passed away when they were investigating a hazardous site. In this episode, it is revealed that Lord warned his parents about going to the site; he tried to tell them that the suits would not hold, but they refused to listen to him. Their preventable deaths made Lord hate and distrust government agencies and motivated him to always act immediately whenever he sees a bad situation. 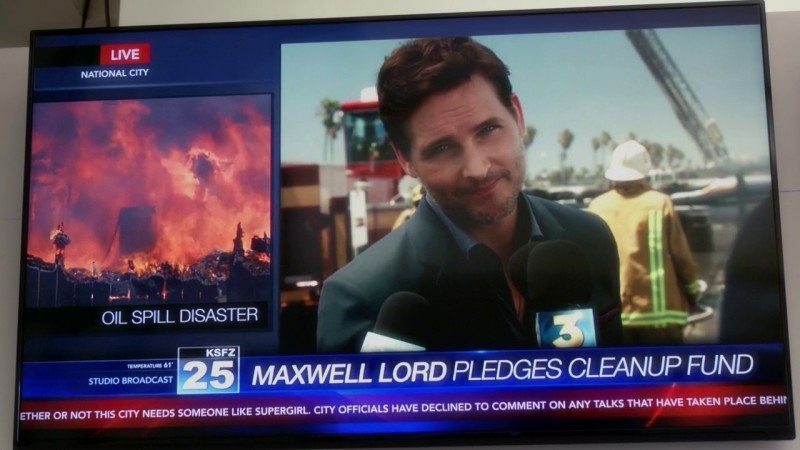 In the comics, Lord shares his distrust for the government like his show’s incarnation for different reasons. Lord’s father was a businessman, the head of Chimtech consortium, who unfortunately mass-produced a highly carcinogenic drug. Lord’s father was unable to live with the guilt of all the lives he ruined with his drug, so he committed suicide. Thanks to the influence of Lord’s mother, Maxwell was led to believe that the death of his father was a huge conspiracy made up by the company higher-ups. Lord would live out the rest of his life skeptical of all government officials.

As mentioned earlier, Lord is skeptical and hates all government officials and aliens, including Supergirl. On the show, he puts on the front to the public eye that he is sincere and benevolent in his actions. However, nearly every action he takes is towards either trying to kill Supergirl or make her look bad in front of National City. When I watched this show, I couldn’t help but feel that his version of Maxwell Lord felt very similar to Lex Luthor in the way that he would play both sides and try anything to hurt Supergirl’s image. He even created a Bizarro Supergirl to destroy the original Supergirl, which is exactly what Luthor attempted to do when he wanted to take down Superman in the comics.

READ: Find out how Lex has caused trouble for Superman and the Justice League in our Essential Readings!

The Maxwell Lord in the comics initially has nothing against metahumans or superheroes; in fact, he even tries to form his own superhero group in an attempt to counter Lex Luthor’s employment of hostile metahumans. However, after the INVASION (1988) storyline, Lord becomes a metahuman with the ability to control the minds of other people. Despite his newfound powers, Lord still felt like he represented the ordinary man. After the events of the invasion, Lord’s mother convinced him to shift his anger from government officials to metahumans. Lord’s hatred of superheroes formed after his mother passed away during Mongol’s invasion. This was the final nail in the coffin for Lord; he was now determined to expose all heroes for the criminals he believed them to be.

In the comics, after getting his mind control powers, Lord wasn’t initially able to do much with them. He could only control one individual at a time, and even then it required a lot of energy from Lord. It wasn’t until Lord suffered a brain tumor, died and was reborn as a cyborg that Lord gained control. In his new body, Lord’s mind controlling ability was amplified. Lord’s new and improved mind controlling abilities allowed him to control the mind of Superman from a great distance in INFINITE CRISIS (2005). What’s interesting about Lord’s mind controlling ability is how the individual is completely unaware that they are being manipulated. Some form of mind control leaves the individuals as mindless zombies, but with Lord, his victims are capable of thinking on their own, they just don’t realize they are obeying the will of someone else. It’s very similar to the Purple Man from Jessica Jones, only Lord has much more conviction and uses his powers for far greater evils amongst several heroes in the DCU.

In the show, Lord is not a metahuman. However, I should point out that Non’s Myriad is controlling the minds of the citizens in National City in the same way that Lord’s mind control works in the comics. It is possible that Lord may somehow acquire Non’s Myriad technology for himself. However, I suppose fans will just have to wait and see the finale to find out what will become of Supergirl and her friends. Be sure to come back after the finale to learn more about Supergirl’s Kryptonian enemy, Non.