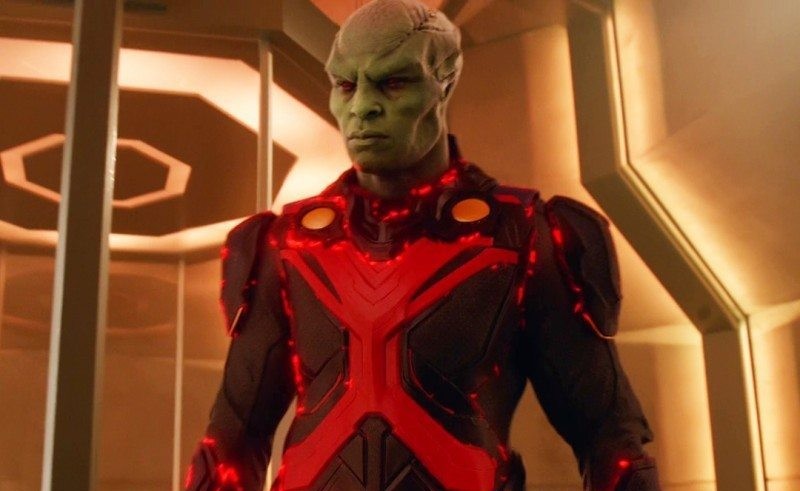 After Supergirl was exposed to Red Kryptonite in “Falling,” she forced J’onn J’onzz to reveal his true form in front of the entire city! Now the DEO is under investigation to remove anyone involved with the alien “threat.” Fans of the show learned back in episode 7, “Human For a Day,” that Hank Henshaw is really Martian Manhunter, and after several episodes, we’ve learned more about the character and his backstory. With “Manhunter,” we learned much more about how Martian Manhunter met Supergirl’s father and took the form of Hank Henshaw, making this the perfect opportunity to see how the character on the show compares to the one from the comics. I’ll be looking at the general overview of Martian Manhunter, as the character has been around since 1955 and has had several different interpretations over the years. For this article I will be focusing on four major aspects of the character: his origin, identity, powers, and personality.

READ: To see how Red Kryptonite on SUPERGIRL compares to the material in the comics

Compared to the Martian Manhunter in the comics, the show seems to follow a very similar origin story for the character. Both are alien refugees from the planet Mars. While living on Mars, he had a family who was brutally killed in a Holocaust-like massacre by the White Martians. Both versions of Martian Manhunter found their way to Earth, but the comics version arrived through the use of a transportation beam constructed by a scientist named Dr. Saul Erdel, who died from shock after seeing a green alien appear before him. The show has yet disclose how this Martian Manhunter found his way to Earth, but it has been confirmed that he arrived around the same time as his comic book counterpart.

LISTEN: To our podcast on Martian Manhunter for an in-depth analysis of the character

The show has not gone into much detail regarding Martian Manhunter’s personal life on Mars, aside from his family. In the comics, though, J’onn was a manhunter, a seeker of justice against anyone who would intentionally do wrong to someone else. On the show, J’onn seems to take up a similar role as the director of the DEO, which brings up another difference between these two incarnations of the character: their human identities.

The Martian Manhunter on the show took the identity of Hank Henshaw, the director of the DEO who was out to kill him. The original Hank and a team, including Supergirl’s adoptive father Jeremiah Danvers, set out to end the alien threat once and for all. However, Jeremiah met Martian Manhunter and the two bonded over the love they had for their families. When Hank attempted to kill Martian Manhunter, Jeremiah stepped in and saved him. With the original Hank Henshaw dead, J’onn assumed his identity and became the director of the DEO. 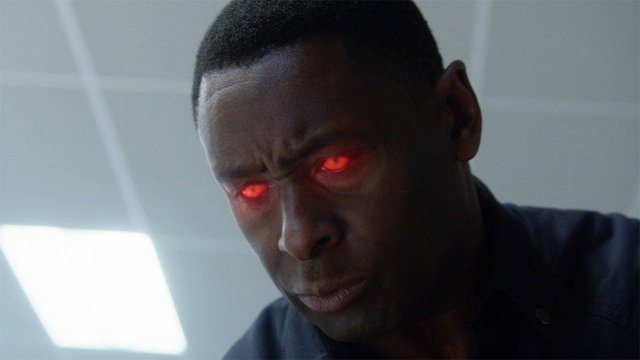 Martian Manhunter has a wide array of powers in the comics, and most of them have been used on the show. The most popular power of a martian is shapeshifting, which the show’s version of the character used to shapeshift into Hank Henshaw (and even Supergirl). Another power he has is intangibility, which allows him to alter his molecules so he can phase through walls. While battling Non and his Kryptonians, Martian Manhunter also demonstrates that his strength is either on par or greater than most Kryptonians on Earth. He also has the ability to fly better than Supergirl and has helped her train to improve her flying abilities. 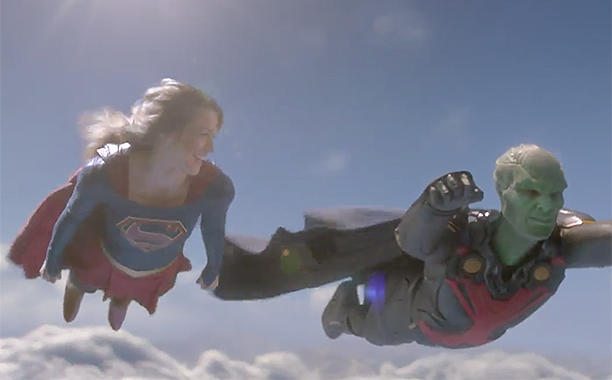 Martians are also known to have a longer life expectancy than humans, both in the comics and on the show. J’onn’s age on the show was stated to be 317 years old. His age in the comics changes constantly, but he’s almost always the oldest member of any team he happens to be on, be it the Justice League or Justice League International. The final power of martians seen on SUPERGIRL is telepathy, which allows them to enter the minds of other people. J’onn’s only used his memory manipulation twice in the series so far, due to the fact that he feels it is an invasion of privacy and he doesn’t have much control over it. As for his weakness to fire, the show seems to use the New 52 version of his weakness being a mental fear. Both in the comics and the show, J’onn’s family was destroyed by fire, thus creating his fear of fire.

There have been many different versions of Martian Manhunter with varying personalities in the comics. In some cases, Martian Manhunter is the voice of reason. In others, he is a foreigner trying to understand Earth and its customs. On SUPERGIRL, J’onn has lived on the planet for over 50 years and is comfortable enough with Earth’s customs. Before assuming Hank Henshaw’s identity, he promised Jeremiah Danvers that he would protect his daughters. Ever since that day, Martian Manhunter has done everything within his power to protect Alex and Kara, so he fills the role of a protector, which is one of the many roles he’s had in the comics. Not to mention both incarnations of the character share a love for Oreo cookies (or Cocos as they are referred to in the comics). 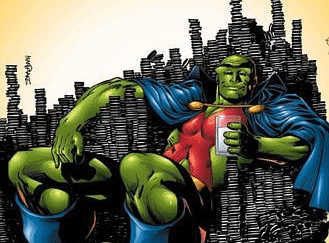 After the previous episode, it seems that Martian Manhunter’s role on the show will be put on hold for the time being. After mind-wiping General Jim Harper, he saw Jerimiah Danvers alive in Cadmus. So now he and Alex plan to infiltrate Cadmus to save him. This obviously will not be the last we will hear of Martian Manhunter, and when he returns, I hope to learn more about his life on Earth and his time as a hero before going on the run. The following SUPERGIRL episode will be a crossover with THE FLASH! Be sure to come back to see how their relationship compares to the one they have in the comics.