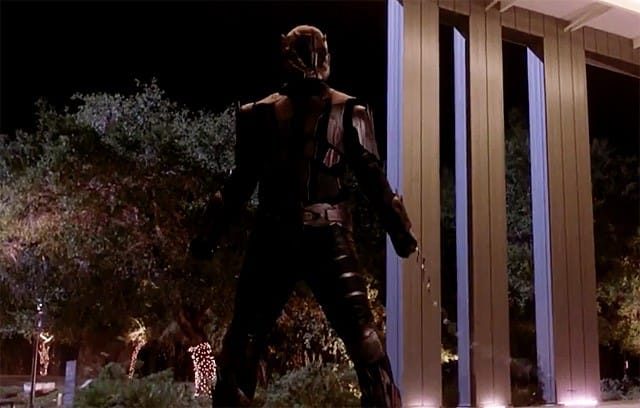 While the most recent episode of SUPERGIRL falls short when it comes to dialogue and character consistency, it does feature great action and the best villain the show has ever seen: Master Jailer. The version we see on the show was definitely inspired by the one in the comics, but several changes help make this version fit into the SUPERGIRL story.

For this character spotlight, I will compare the comics’ version with the show’s, focusing on four aspects: (1) origin, (2) appearance, (3) powers and abilities, and (4) personality. Let’s find out the similarities and differences between the Master Jailer in the comics and the one seen on the show!

The Master Jailer on the show (expertly played by Jeff Branson) is an alien who worked as a prison guard at Fort Rozz before it was destroyed. During his time on Earth, he created a civilian identity, Carl Draper, and worked as a National City cop. Following the destruction of Fort Rozz, he spent months tracking down escaped convicts and executing them. This origin makes Master Jailer sound like a badass anti-hero, almost like the Punisher but for space criminals.

READ: Speaking of the Punisher, learn more about his origin in our latest installment of “This Week in Comics History”!

His pre-Crisis comic-book origin story is far more mundane and pathetic. Bad-ass alien, Carl Draper was not. Instead, he was an overweight nerd that was picked on in high school. Draper was extremely skilled at making traps, so he decided to reinvent himself after high school and improve his abilities. He went through surgery to lose his fat and become attractive. Draper went on to build “Draper Island,” a location where the worst of Superman’s foes would be held. The people of Metropolis, though, decided to rename it “Superman Island” in honor of their city’s hero. Draper’s jealousy got the better of him, so he became the Master Jailer and set out to build a trap that would hold the Man of Steel. 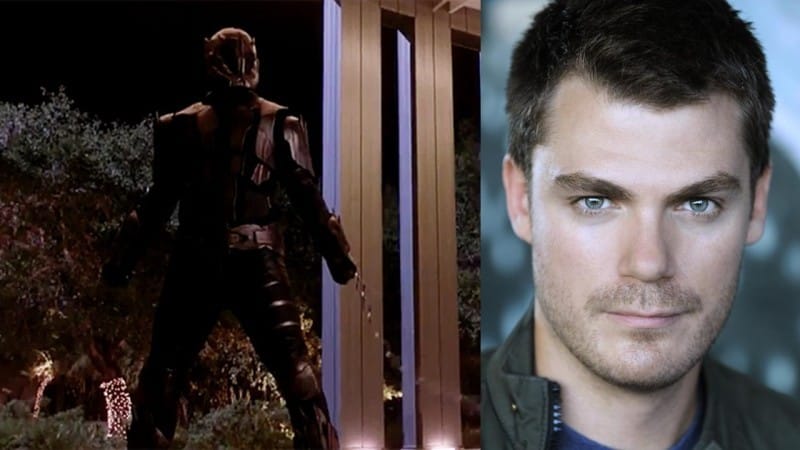 The SUPERGIRL show, in short, takes another Superman villain motivated by jealousy and turns him into a former prison guard seeking justice by killing escaped alien prisoners. Nice work, writers!

The Master Jailer’s look on the show is also a marked improvement compared to his comic-book counterpart. His initial costume had him wearing what appears to be a one-piece swimsuit with the black and white stripes commonly associated with prisoners. Master Jailer also had metal bands around his forearms and calves. In his post-Crisis appearance, he has a black skintight jumpsuit with a tunic that was inspired by the previous costume design. 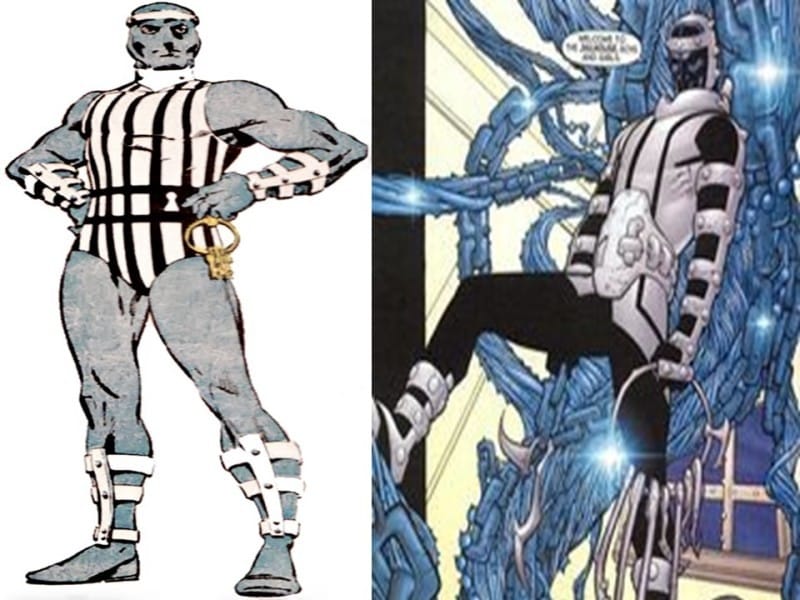 It’s safe to say neither outfit would intimidate anyone. The costume designers on SUPERGIRL took the design of the latter Master Jailer and improved it. His outfit is far more tactical and warrior-like, almost resembling a metal version of Deathstroke’s outfit in the second season of Arrow. 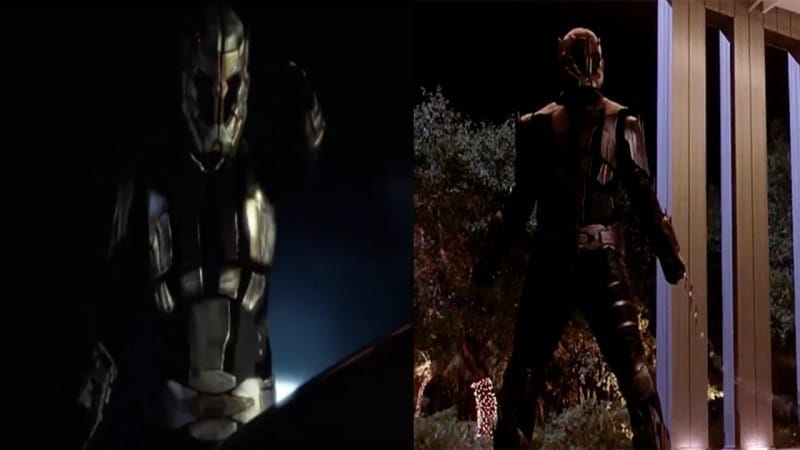 Since the Master Jailer in the comics is only human, he has to rely on his wide array of gadgets, including ropes, chains, and some projectile weapons. The Master Jailer on the show puts these weapons into action when fighting Supergirl, but he also possesses enhanced strength and flight. The fact that the show’s Master Jailer could fight Supergirl head on puts him far above his comic-book counterpart, who has to hide behind traps whenever he and Superman fight. 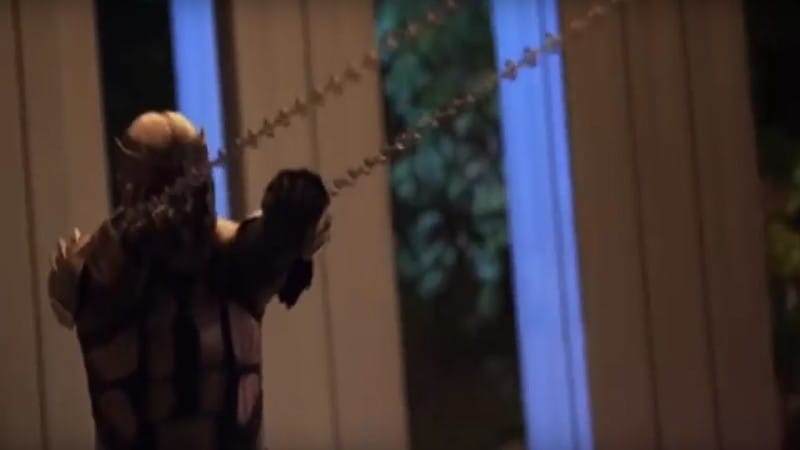 I already touched upon Master Jailer’s jealous personality in the comics, but I’ll elaborate. Carl Draper was an extremely vengeful individual when it came to Superman. While he did make a jail with the intention of putting away dangerous criminals, he still let his jealousy take over when the pubic preferred Superman over him. In the post-Crisis, Master Jailer viewed Superman as a conquest. Here was a man who had all this power, almost god-like, and Master Jailer wanted to be the one to create a trap that could contain this superpowered being. 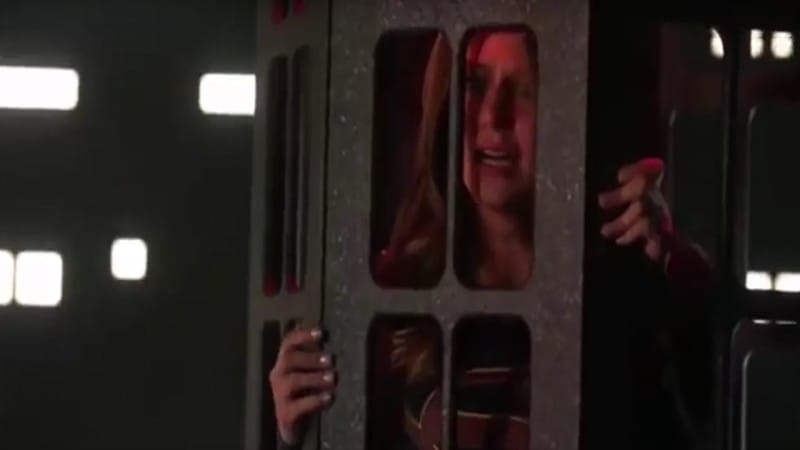 As for the show, Master Jailer has no bad blood with Superman or Supergirl; in fact, he even offers to team up with Supergirl and take down the rest of the Fort Rozz prisoners together. Supergirl obviously declines, as his methods are far too severe for her. Master Jailer views the world in black and white: A criminal is a criminal, and they all deserve to die.

LISTEN: Check out the latest episode of our podcast, featuring DEADLY CLASS!

The creators for SUPERGIRL really outdid themselves when they made Master Jailer for the show, improving on certain aspects of the character while completely altering or replacing other ones. While the rest of the episode may have been less than stellar, the villain almost makes up for it. Let’s hope next week’s episode not only has a great villain but a compelling story to go with it.