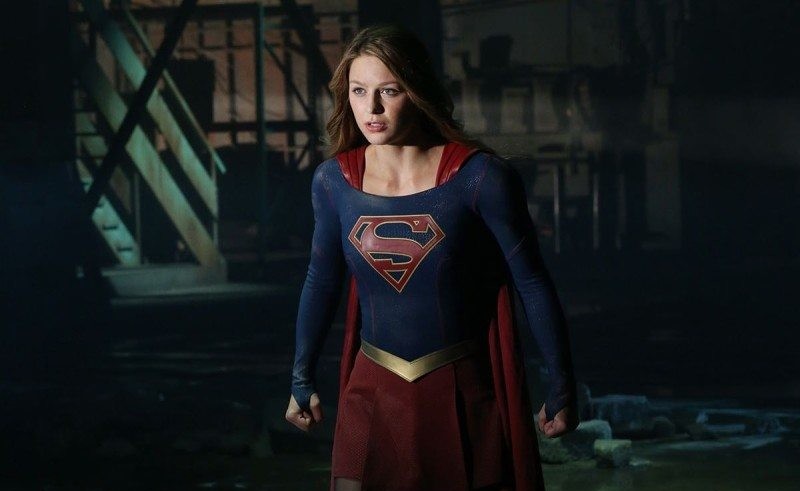 SUPERGIRL’s second episode is finally here and it’s time to get the story going. Will our superhero fly or falter? (Spoiler alert: pretty much a lot of both)

We begin with Kara going through some field tests for the DEO because while Kara’s sister, Alex, is thrilled to have her, Hank is rather unconvinced. In the middle of this test, however, Winn informs Kara that there is a fire happening at the pier. Kara saves the day except in the process she accidentally spills oil into the ocean. This sets off Cat’s campaign against Supergirl, and she ultimately convinces Kara that she needs to begin small, maybe even saving kittens in a tree small, in order to truly master this whole superhero thing. In addition, a big blast from Kara’s past comes back and trust me it ain’t that pretty.

READ: Need to catch up with our favorite superhero? Check out our review from last week of SUPERGIRL Ep. 1!

Overall, this is a good follow-up episode to the campy and bold pilot. It maintains a similar tone, while also doing a great job of orienting the show within a certain type of feminism and consciousness. In addition, this episode does an excellent job, at least assuming that from here on out it moves away from this, of saying that Supergirl is not Superman. While as Cat says “The ‘S’ is not some ‘who wore it’ best fashion faux pas. It is a team logo”, it is also true that Supergirl is a different character from her cousin. As Kara tells James, she was raised on Krypton and she remembers things about it that Clark does not. And if they end a large of amount of the comparisons that Supergirl gets to Superman in the show with this statement by Kara, “You say people will see me the way they see Superman one day, but I don’t want to be a hero like him” then I will be a very happy cat. Almost as happy as Fluffy. (That’s an inside joke amongst me and everyone else who watched this episode. Don’t be jealous. Watch the episode.) 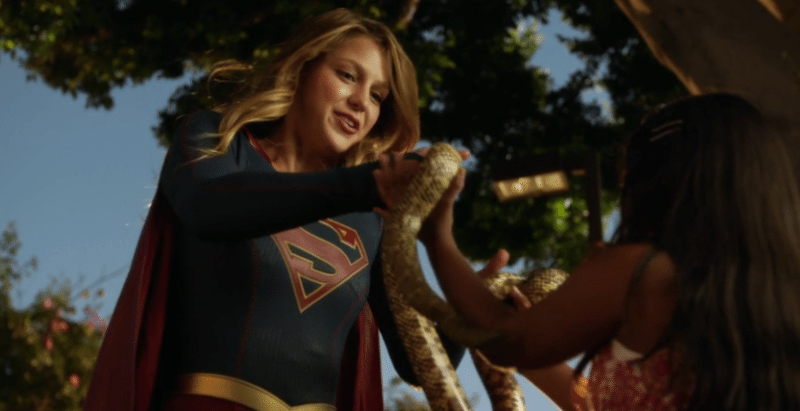 I have to say that I also really loved the theme of this episode, that people are stronger when they work together. In a world of superhero shows where characters are constantly lying to each other, outwardly deceiving them for protection, and then spending their time at the end of the day alone and brooding (I’m looking at you ARROW), it is very refreshing to see a female protagonist doing something that is so counter to this. And not only is her being counter to this great, but it also truly makes her stronger and smarter. By the end of the episode, she has even bonded more with Hank by working with him to save her sister, who is really kick ass and didn’t need all that much saving anyway.

This concept of stronger together even applies to Kara’s two aids, James and Winn. They obviously both care a lot for Kara and are being set up as love-interests in a triangle with her, however, the show doesn’t have them embarrassingly fight each other. They work together to help Kara master her identity as a superhero, and while they do play very funnily off of each other, they are never embarrassing themselves or Kara. Overall, this show is just so refreshing. There is a great sister relationship here to and while at first I thought I would loath Cat’s character, and I have to admit she is a little stereotypical, it is nice that the episode does portray her as someone who has worked hard. If you hard worked that hard, then I think you would expect a little more respect from everyone else too. 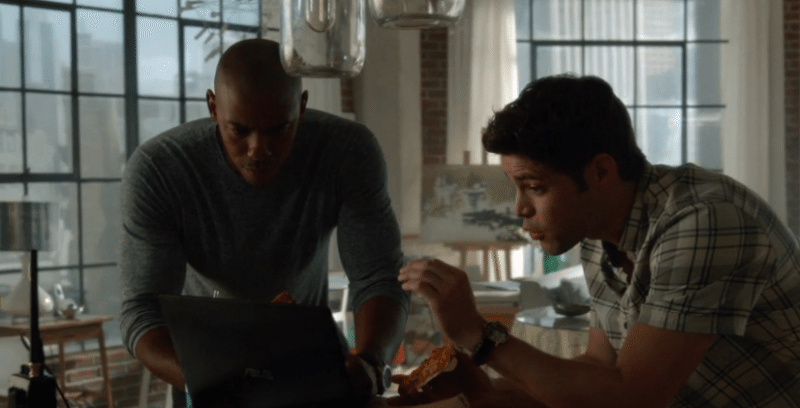 READ: DC fan? Check out our most recent review of GRAYSON #13!

I have to talk about the speical effects because there were a lot of them in this episode. Thankfully, for a TV show I have to say that they were really good. There were some really effective battle squences that focused on flying and I have to say that they really nailed it almost 100% of the time. The only character that didn’t quite work was the Hellgrammite, but in an episode that is so action packed, it makes sense that one of the effects didn’t really work. (And if the final battle was the scene that didn’t work it would have been a much bigger loss.)

Basically, this show is not completely perfect, but it is doing all of the right things to set up a good season all about Supergirl and her friends. The theme is also a great way to start off, and in my opinion there is no where to go, but up. (Get it? Cause she can… Fly… Everyone’s a critic)

Cat: “Now, I don’t like the fishes, but it does reassure me to know that they’re still under there swimming about.” Same Cat. Same.

Cat: “He, he, he. Him, him, him. I’m sick of hearing about the Man of Steel.” Cat you’re really preaching truth this week.

Winn: “I came out here to smoke, which I do in private.” I’m so happy that we have reached a place in our culture where this can be a joke. Well done.

Winn: “I got some mad sewing skills.” I also love that you are so proud of your skills, Winn. You go Winn Coco.

Question of the day: Does zapping coffee with your laser eye beams leave a weird after taste?