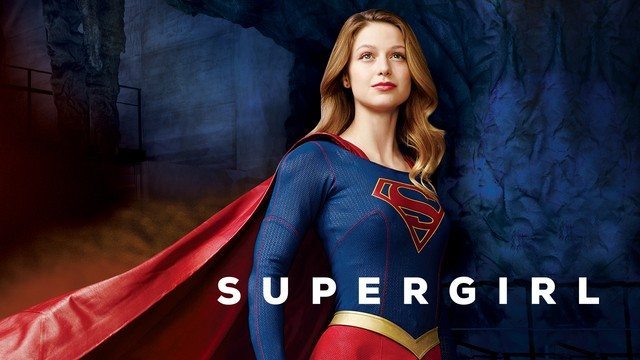 I’m going to say something that is really, really freaky. This the first show/movie in either the worlds of Marvel or DC that is created around a female superhero (AGENT CARTER is an amazing show that I am also going to review, but Peggy Carter does not have super powers outside of being completely superior to all). So here we go. Our first look at a female-driven superhero show. Let’s do it.

SUPERGIRL begins back on Krypton to give us a little back story on our protagonist Kara Zor-El. She was sent to Krypton along with her baby cousin when she was six to protect him. However, the whole process went a little wrong, because the planet was destroyed, so Kara showed up too late to protect her brother. Now that he is all grown up he is Superman, and Kara gets the chance to create her own destiny. Currently, her destiny is being a personal assistant to the most powerful woman in National City, Cat Grant played by Calista Flockhart, founder of CatCo. Basically, Kara is feeling pretty down on life, but once her stepsister is caught in a fatal plane crash, she saves the day and her whole life changes. Kara begins playing the hero and also begins to feel like she is actually being herself. Her first challenge is fighting a man who comes from a planet where women bow before him. (Spoiler Alert) This does not end well for him. 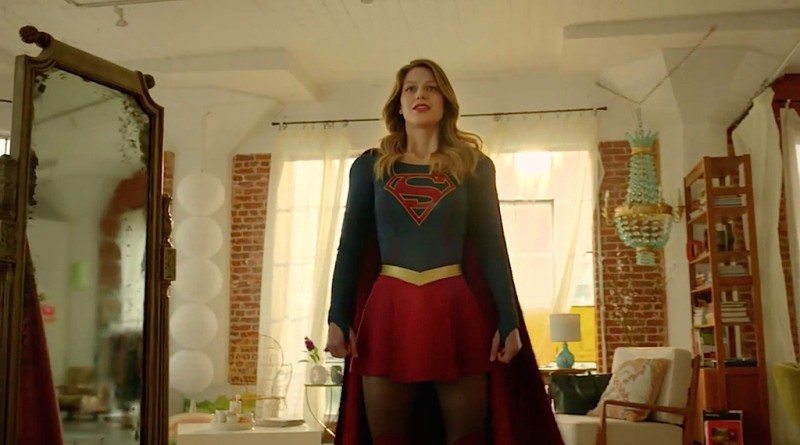 READ our review of another DC show, ARROW. More Arrow, more problems. Am I right?

Overall, I thought this was a great first episode. It’s not everyday that the first scene, a scene that is completely CGI except for the characters in it, can make me cry because of exactly how poignant and well-acted it is. It’s not every show that multiple times it makes me feel like I’m on the verge of tears, but I have to say that I think there is something special in this cheesy show. Oh, it is definitely cheesy. If you don’t like a lot of cheese with your show or any preaching at all than this will not work for you. But if you think that feminism is a great idea and you don’t mind a show that actively seeks out that concept than I think you will definitely get something out of it. In addition, I enjoyed this first episode because the relationships felt like strong connection, even though they were obviously very new to me as the viewer, and because Melissa Benoist, who was in Glee and Whiplash among other things, gives such a genuine emotion to lines that could be completely crazy if put into the wrong hands. You can feel how hopeful, strong, and earnest she is and those are qualities that Supergirl always embodies when she is handled correctly. 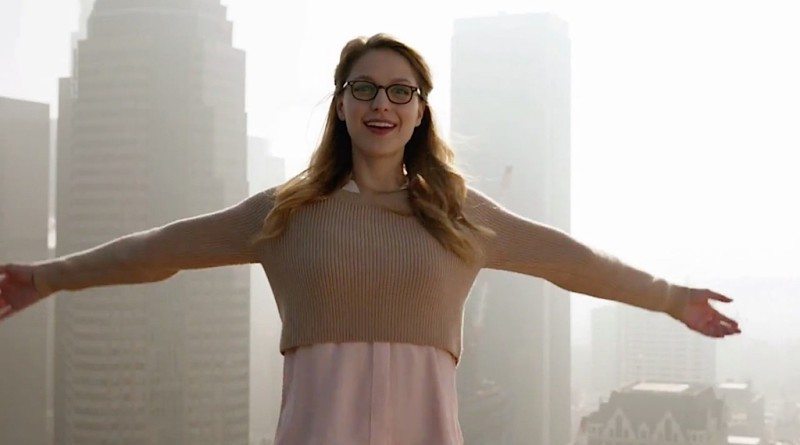 LISTEN to our newest podcast on RED HOOD. But who’s in the Red Hood? Idk listen to the podcast!

Back to the preachy stuff I talked about, I have to admit that occasionally it could become a little ridiculous. And by ridiculous I mean that I could feel the show desperately begging for me to think that it is feminist. All I have to say about Kara and Cat’s conversation about the name “Supergirl” being feminist is that yes it is correct, but that this conversation did not need to happen for me to call the show feminist because it is. It has at least three major female characters who are all capable and feel acceptably real within the first 45 minutes of this series. It makes it perfectly clear that men looking down on women because they are just girls is an awful and unacceptable thing to do in all of the actions of the episode, and the show also clearly cares about what it means to have a female superhero. As one of the side characters said, “A female superhero, someone that my daughter can look up to.” That idea is taken very seriously by this show, and I just want to say that I very much appreciate that even when it does become a little too obvious in the text. (As Giles said in BUFFY THE VAMPIRE SLAYER, “The subtext here is rapidly becoming, uh, text.”)

Overall, I have very few criticisms. The story moves extremely quickly and even though I wasn’t always laughing at jokes, while many of the things that Jeremy Jordan said made me snicker, I was constantly having fun and enjoying the show. Basically, if you’re looking for a fun and exuberant show that does women justice than SUPERGIRL should be number one on your list to check out this season.