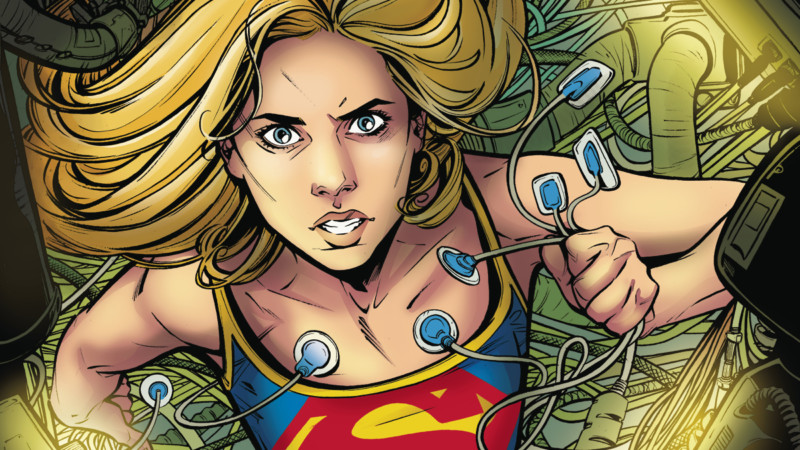 After the sudden realization of the last volume of SUPERGIRL: BEING SUPER, Kara Danvers returns to school. She tries to act with an air of normalcy despite the gossiping of her classmates. They whisper about how she tried to save her friend, Jen, who tragically died at the end of the first volume despite Kara’s best efforts. That, as well as her learning through memory recall she’s an alien, creates the formula for the perfect teenage drama in SUPERGIRL: BEING SUPER #3. 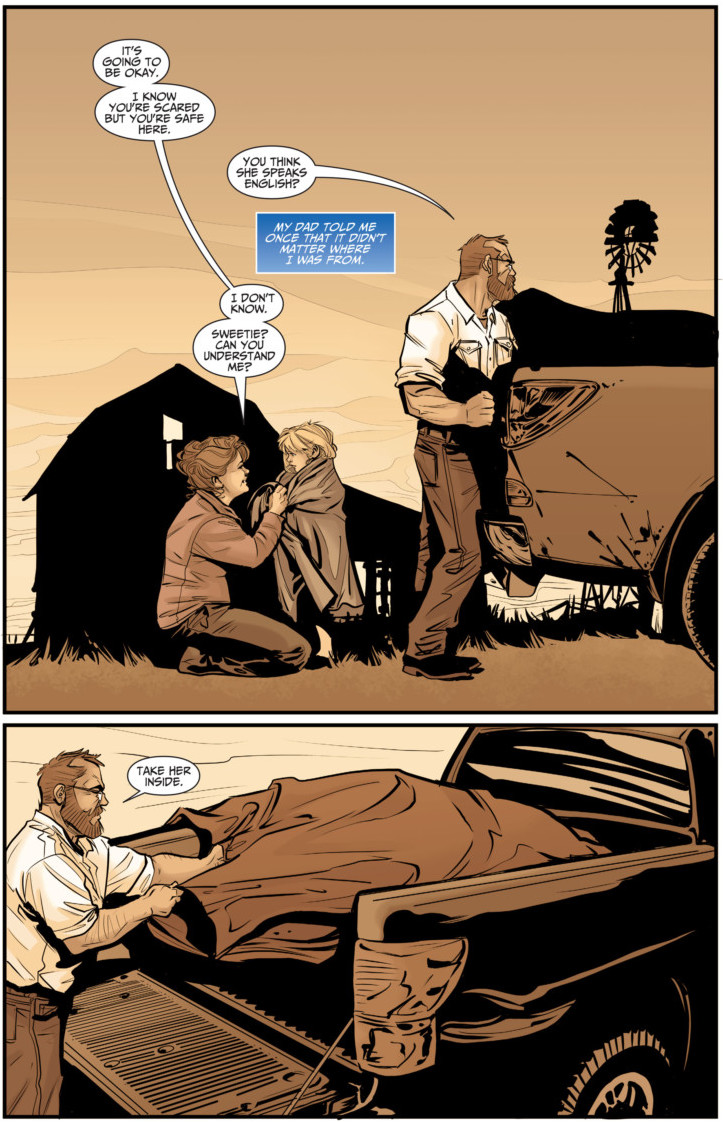 The sepia panels associated with her flashbacks show how her human parents accepted her without question, further proving their sainthood. They raise her despite her mysterious circumstances. Some may question why she didn’t recall her past until now, but it actually shows the book’s complexity. Traumatic events (like your Earth exploding) would easily cause a child of 4 or 5 to forget why she came to Earth. While the art style doesn’t change to replicate that, the dialog boxes show how her mind is still shattered from what happened to her friend. She clearly still blames herself, despite the students in her class seeming not to. They admit she attempted to save her but don’t do much beyond that. An unusual habit, seeing as how teens in these dramas tend to be less than kind. Maybe this story will break that age-old trope and show kindness can exist in the walls of high school, though it doesn’t seem likely given how tempting those tropes are for writers to fall into.

If she didn’t have enough problems, there’s an implied conspiracy where something (or someone) has been causing her powers to go on the fritz. Personally, all the evidence seems to be pointing to the running coach, but obviously, there’s little solid proof to that. My main basis for this theory is the last panel of the teaser. Kara has electrodes attached to her that she desperately tries to rip off. The wires entangle her in a shape resembling the pod she was found in, implying whoever put her in that situation had some knowledge of where she came from. Best to just read and see what happens. The full preview is below.