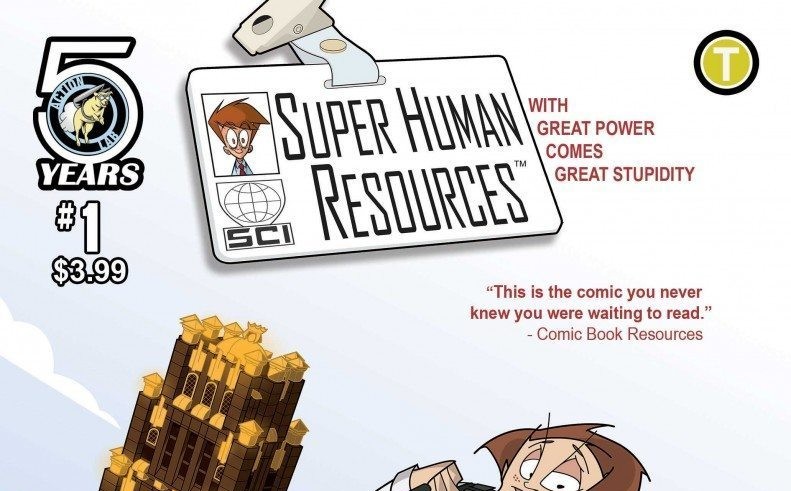 Ever wonder what it would be like if the Avengers or the Justice League had a HR department? Well wonder no more, as Action Lab Entertainment is proud to present SUPER HUMAN RESOURCES II, the sequel to the smash indie hit SUPER HUMAN RESOURCES. Described as THE OFFICE meets JUSTICE LEAGUE it centers around the lives of ordinary people working alongside super heroes in a company environment. These super powered individuals save the planet numerous times, but who looks after payroll, accounting, sick leave, holidays and answering the phones? The HR Department of course! 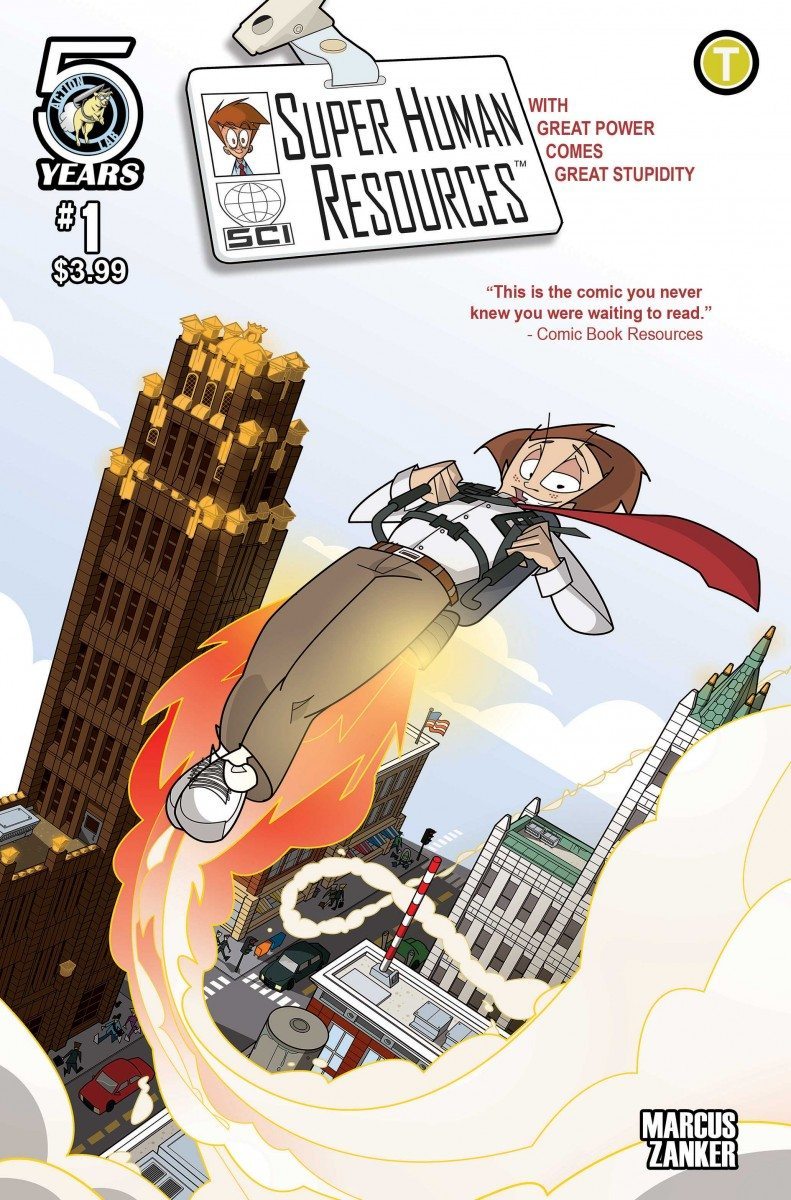 In the sequel, Tim from Finance discovers that Super Crises International has been infiltrated by sinister forces! Villains have been pretending to be heroes to get inside SCI’s base of operations. Now it’s up to Tim to stop them. He’s about to learn that with great power comes great stupidity!

READ: Check out more indie titles with a look at Red Port comics!

Written by Ken Marcus with art by Armando Zanker, SUPER HUMAN RESOURCES II is a smart comedy which pokes fun at, yet also pays homage to, the world of superheroes. The preview pages alone are full of great laughs and vibrant cartoony art. 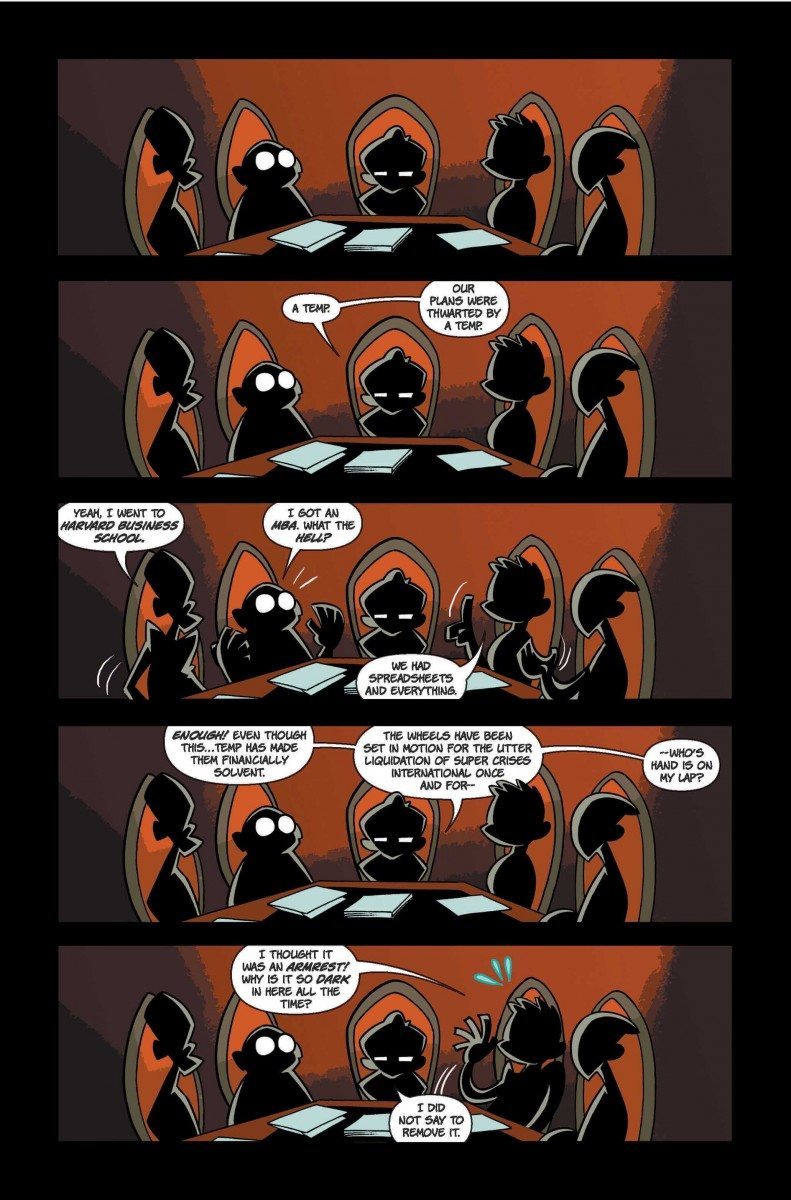 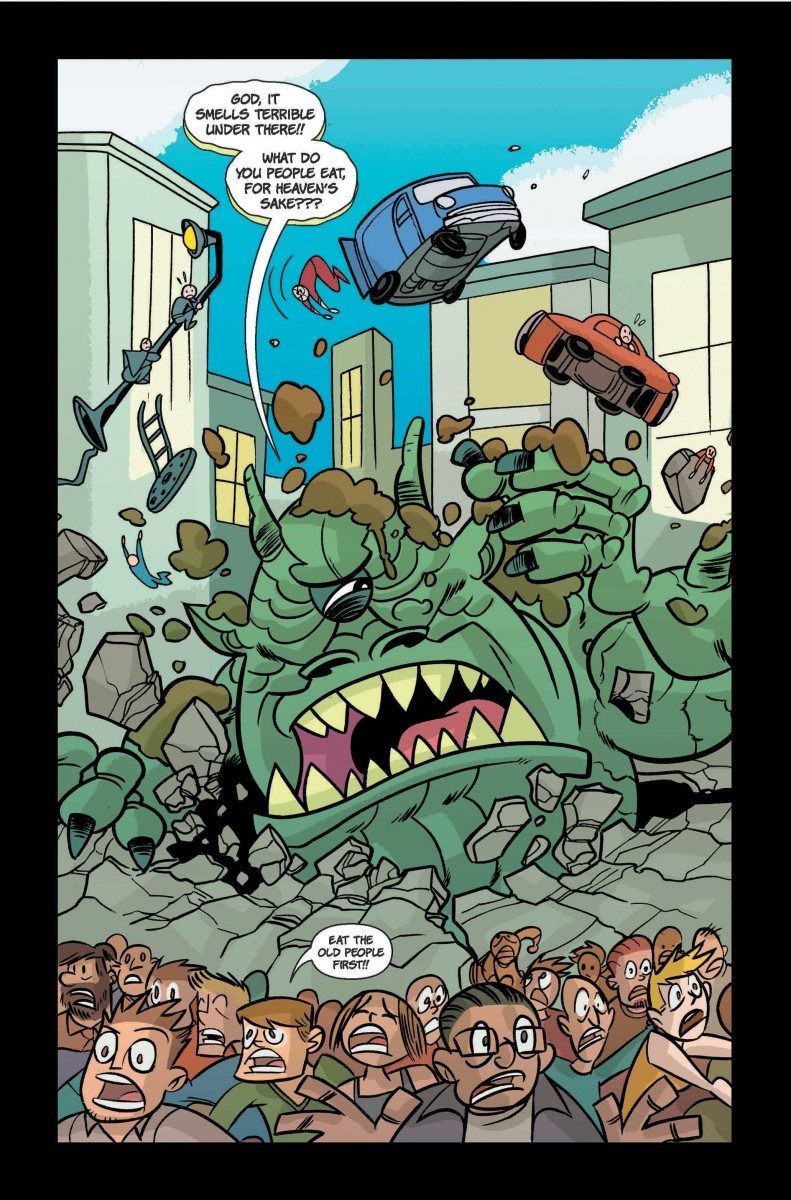 It will be a four issue series, available for pre-order now with an issue 1 release date of June 22. The first issue will have 2 covers to chose from, the main cover by Justin Bleep (Series Co-Creator) while the variant is by Gabriel Hardman (Hulk, Agents of Atlas, Invisible Republic). The Order Codes for these are as follows: (Justin Bleep Cover) : APR16 1132, (Gabriel Hardman Cover): APR16 1133.

READ: Check out Double Take’s take (heh) on Night of the Living Dead with our review of Z-MEN #3!

Action Lab Entertainment will also be reprinting Volume I of the series. It is available now in Previews and is due in stores May 5th. If you want your Local Comic Shop to save you a copy, use this Order Code: MAR16 0995 to make sure you don’t miss out. 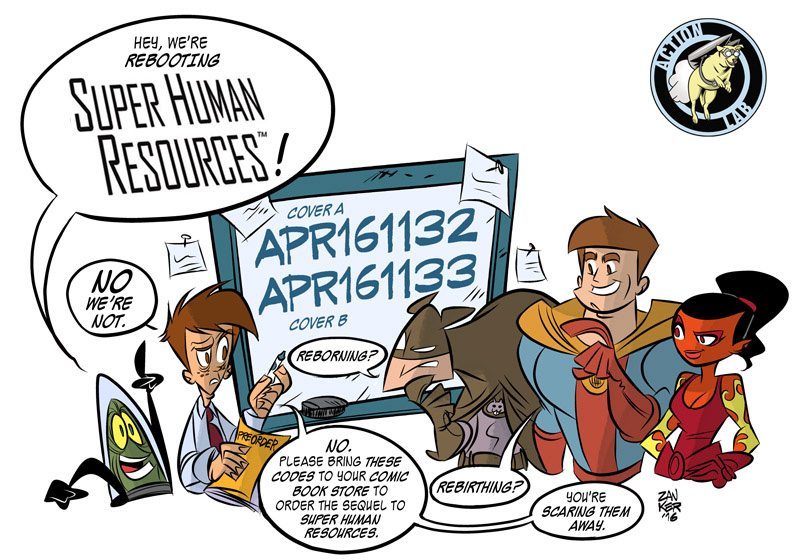