Who Knew Bondage Could Be Beautiful? 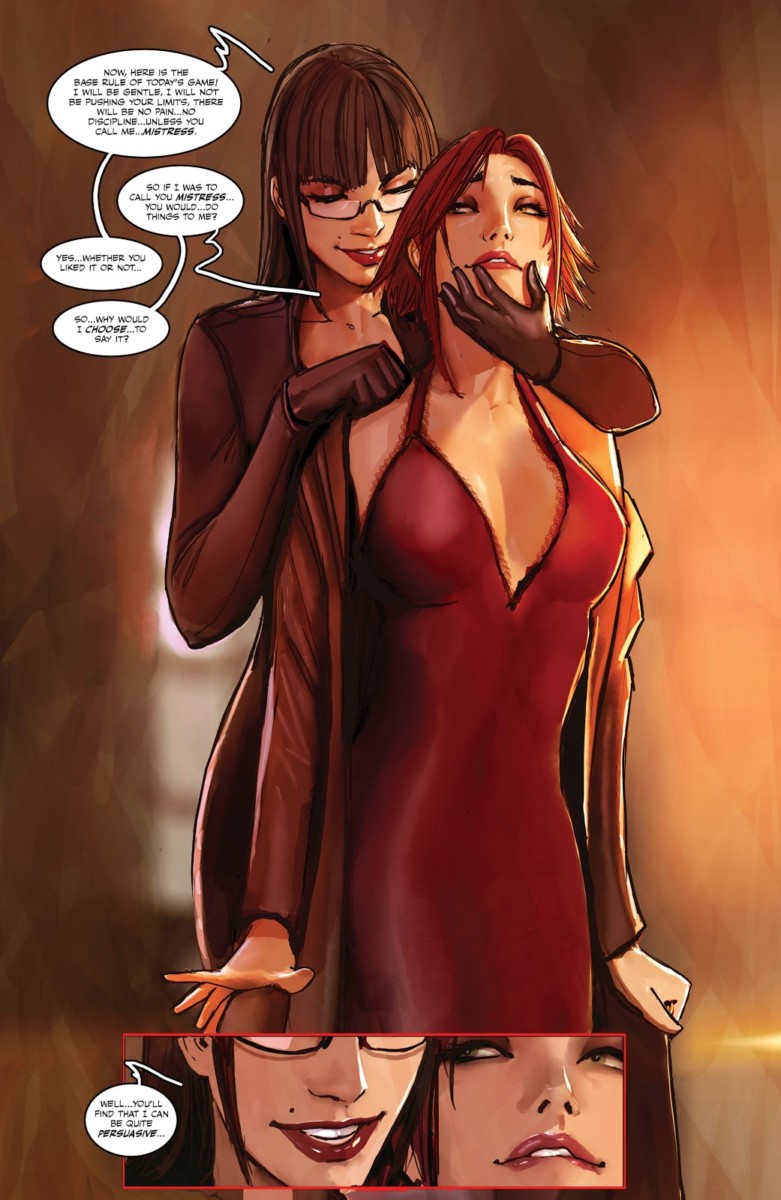 The art in SUNSTONE is spectacular, both in the original and final version. (Sejic smoothed over and refined much of the art after Image Comics picked up the series). Beautiful women grace the full-color pages, often wearing elaborate gear and outfits suitable for their fetishes. In line with the fiery tones of an actual sunstone, much of this comic is bathed in shades of red. From red hair to red lips to red corsets, this color runs through SUNSTONE as a motif. Because the scenes are full of these warm red colors, there is no coldness. 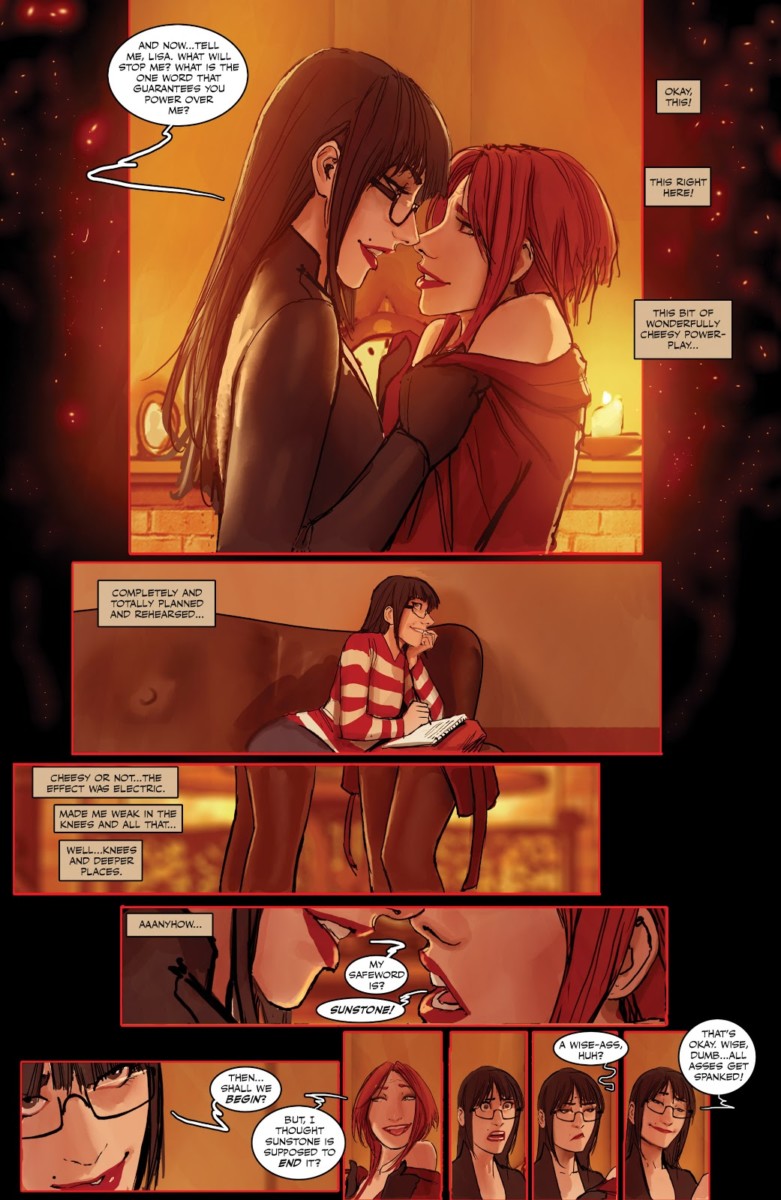 So, SUNSTONE is not just a comic where the focus is sex. SUNSTONE is a love story, first and foremost, albeit through an erotic lens. For some, certain fetishes and actions are more easily swallowed if they involve love. (If FIFTY SHADES OF GREY’s main characters did not have a reciprocal attraction, it would be a stalker crime novel.) That’s why SUNSTONE is such an excellent introduction to other types of sexual experiences. Humans see love as universal. Slogans for queer rights often use phrases like “love is love” to connect different types of relationships through a common thread. Because our two protagonists are in love, SUNSTONE is perhaps a great starting point for you or others to explore something new. 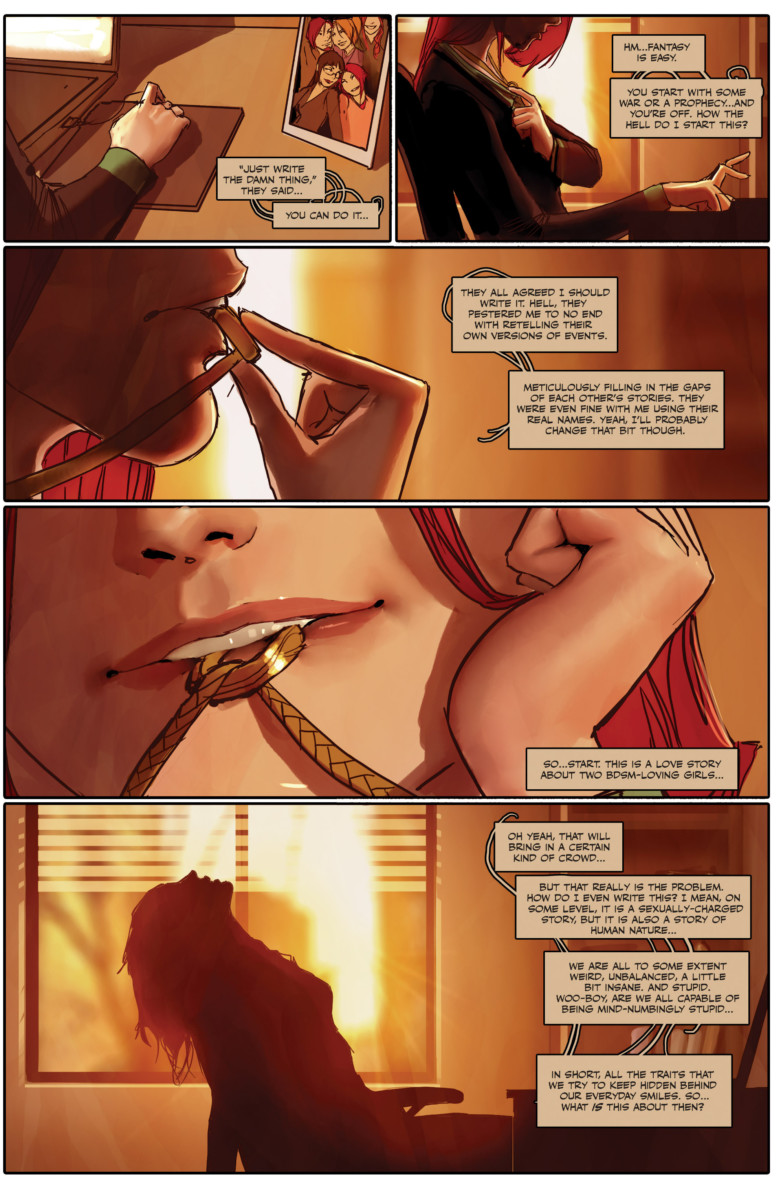 SUNSTONE is Created By a Dude?! 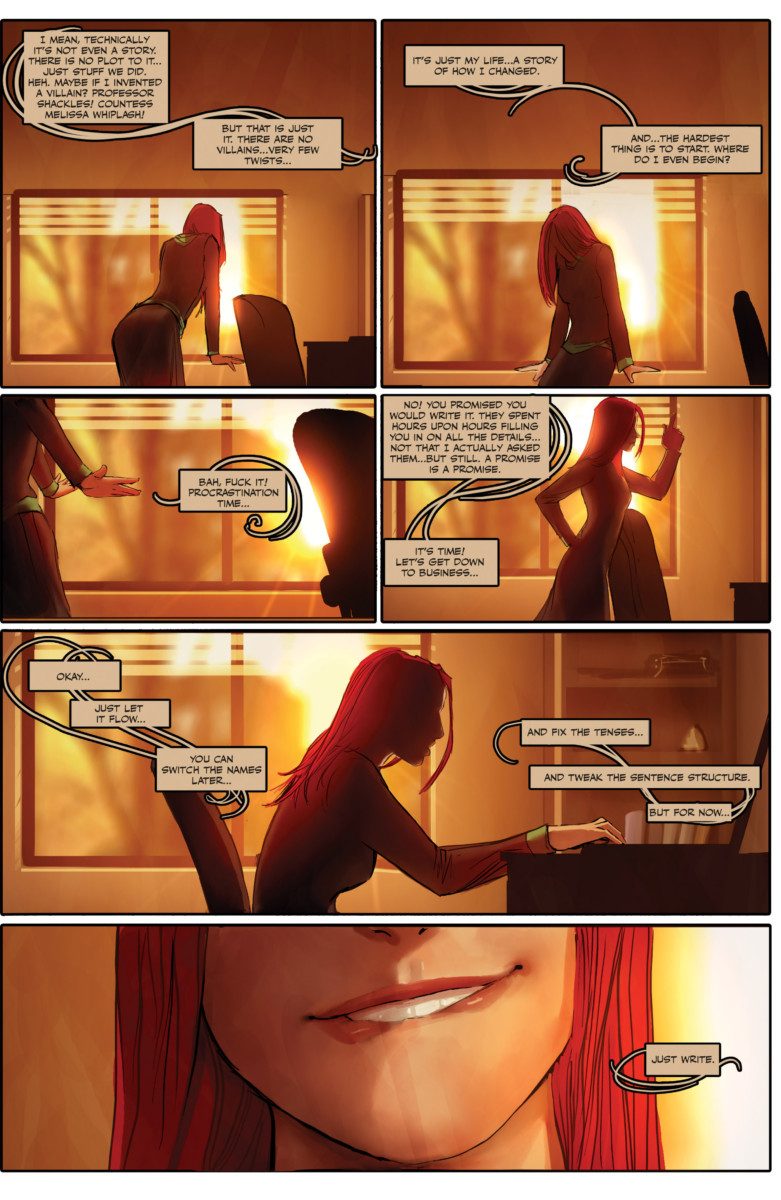 It was after I finished reading the comic that I realized a man had written it. In the bonus material available with the physical edition of SUNSTONE, Sejic says that he often consulted his wife for insight into the female experience. Despite some misses here and there (there is absolutely no way to wear a thong and a pad. No. Way.), the depiction of women, queer women no less, was on the mark.

Nowadays, there is a call for diversity in writing. We need more diverse characters in the media we consume. There are also many well-meaning authors who attempt to write in another’s perspective in order to garner inclusion. Sometimes, they end up with stereotypes, inaccuracies, and bad representation due to lack of research. That is definitely not the case in SUNSTONE. Besides creating believable female characters, Sejic also treats Lisa and Ally with respect.

READ: Want to know more about queer webcomics? Check out our analysis of DYKES TO WATCH OUT FOR!

Though many people might flock to a comic like this for the sex, the creator doesn’t show much of the actual sex. Though a little disappointed, I was proud that for Sejic this truly was about the story and the love between two women. The plot was not an excuse for sex — in fact, it was more the other way around. 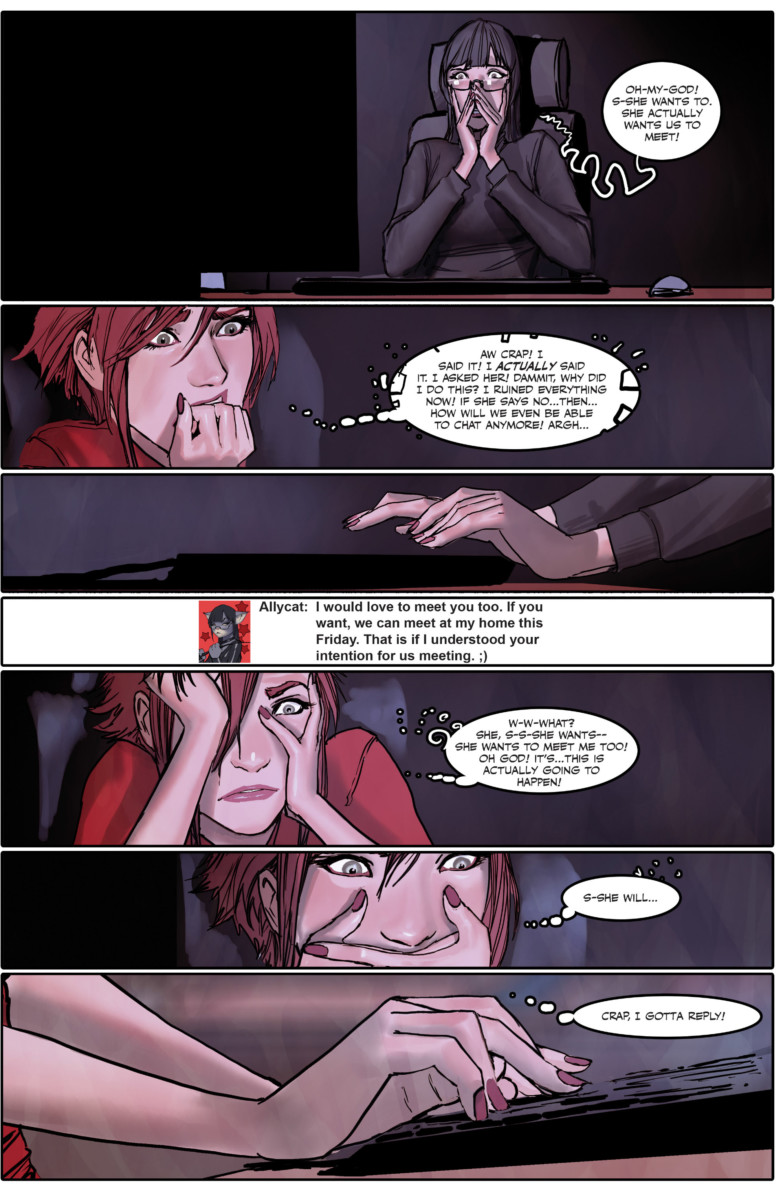 You can start reading SUNSTONE here.