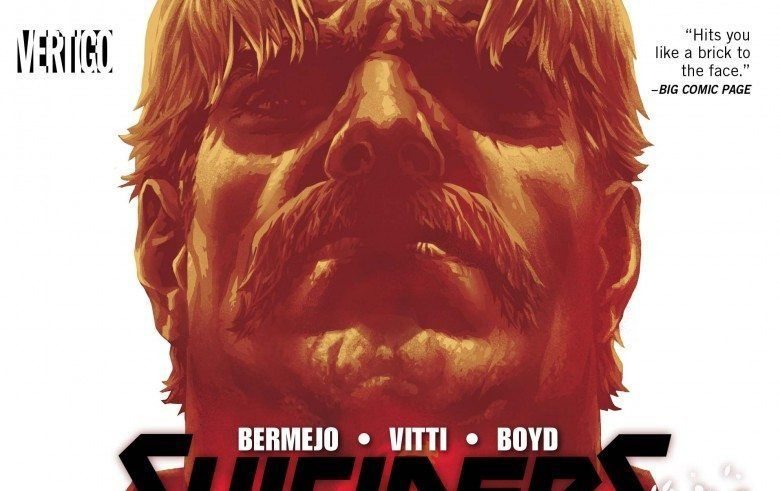 Last month VERTIGO writer Lee Bermejo released the first issue of his sequel series to SUICIDERS – SUICIDERS KINGS OF HELL.A. The last issue had Johnny and his gang dealing with a rival gang and the comic ended on a cliffhanger, leaving the audience pining to know how our main characters got out of that situation. This issue picks up a few weeks after the gang war, and it appears that Johnny and company made it out of the fight, somehow. I’ll go into more detail later, however, as to why I’m willing to forgive Bermejo for robbing his readers of seeing the result of the gang war. The issue features some fantastic artwork courtesy of artist Alessandro Vitti, who manages to display graphic violence and heartfelt emotion in the facial expressions of these characters. Basically, there’s plenty to talk about, so let’s dive right in!

The story in this issue seemed to be more focused on setting up future storylines than telling a single coherent story. This isn’t necessarily a negative; I’m aware that issues like these need to exist to keep the various storylines moving forward. It featured a lot of scenes going back and forth between Johnny and his father. However, the issue did not answer what role Johnny’s father will play in the overall story. Bermejo is definitely planting the seeds for more drama in the future, but readers will have to wait until anything comes from them.

LISTEN: I am enticed to listen to our latest podcast on Investigating INCOGNEGRO, and you should be too! Check it out!

As I mentioned, the issue neglects to give readers the satisfaction of seeing the result of the gang war from the previous issue. However, Bermejo has chosen to jump ahead in time to allow Johnny and Trix the opportunity to develop their character for the audience. While it would have been amazing to see an epic showdown between two rival gangs, I respect Bermejo for choosing substance over style. In this issue, readers learn more about the backstory of Johnny and why he is such an angry individual. By giving readers a reason for Johnny’s anger, it adds weight and emotion to the graphic displays of violence he performs in this issue. 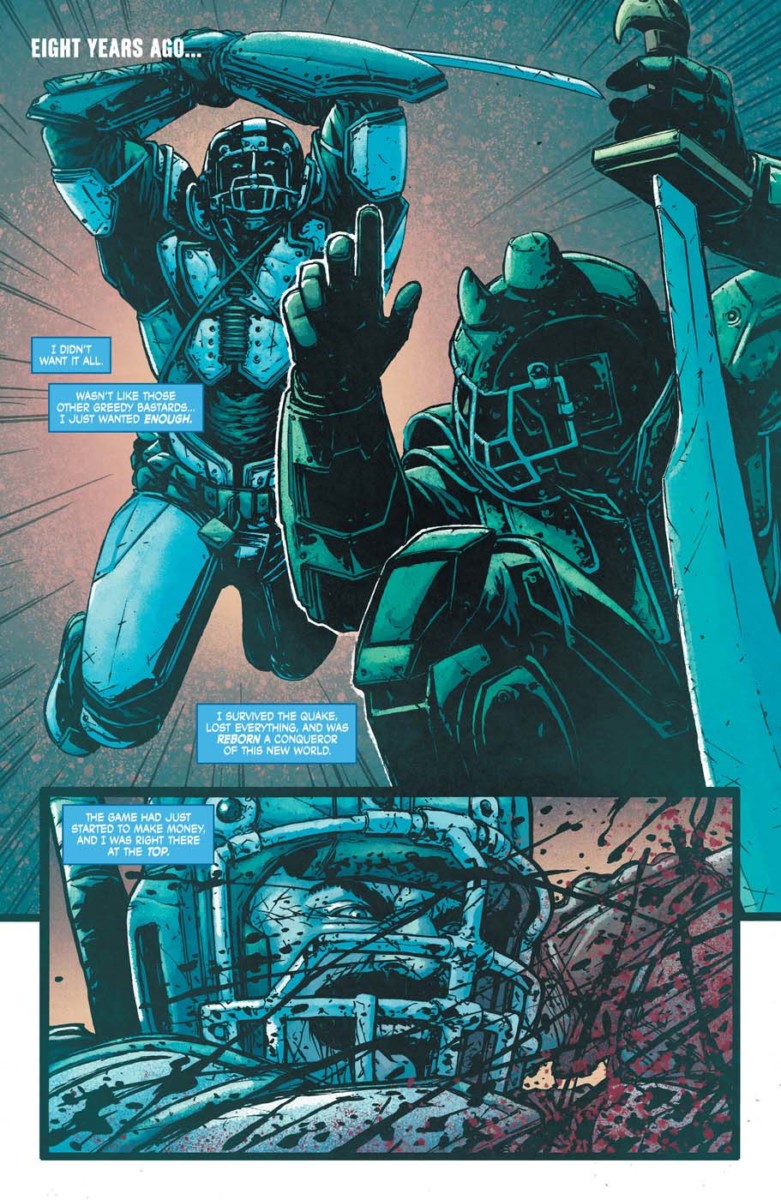 As for Johnny’s sister Trix, she starts sleeping with someone in Johnny’s gang, and they both know that Johnny would kill him without a second thought if he ever found out. In these scenes, Trix shows her naivety to these adult situations. Trix discusses the possibility of starting a family with her sex partner, and she seems almost blissfully unaware of the world she lives in. They live in a run-down post-apocalyptic Los Angeles, so attempting to raise a baby in those conditions would be out of the question. All of these scenes showcasing the mindsets and personalities of our two protagonists really helped the reader relate and connect with them.

READ: Get connected with the creative minds behind the NAILBITER series in our exclusive interview!

As for the artwork, it’s just breathtaking. Alessandro Vitti does a phenomenal job at conveying the distress and heartbreak in Johnny’s facial expression while he is reflecting on his broken family growing up. I must also commend Vitti on being able to show the right amount of gore that will not only entertain readers but also still shock them when it happens. Of course, the amount of blood and violence could have been a decision by Bermejo. However, Vitti still deserves recognition for making great comic panels filled with blood and violence. Another striking element of Vitti’s artwork is in the way the panels seamlessly transition into a flashback scene. It was magnificent how there was no discernible difference in color between the two scenes, yet readers knew that they were reading a flashback because of the smooth transition. 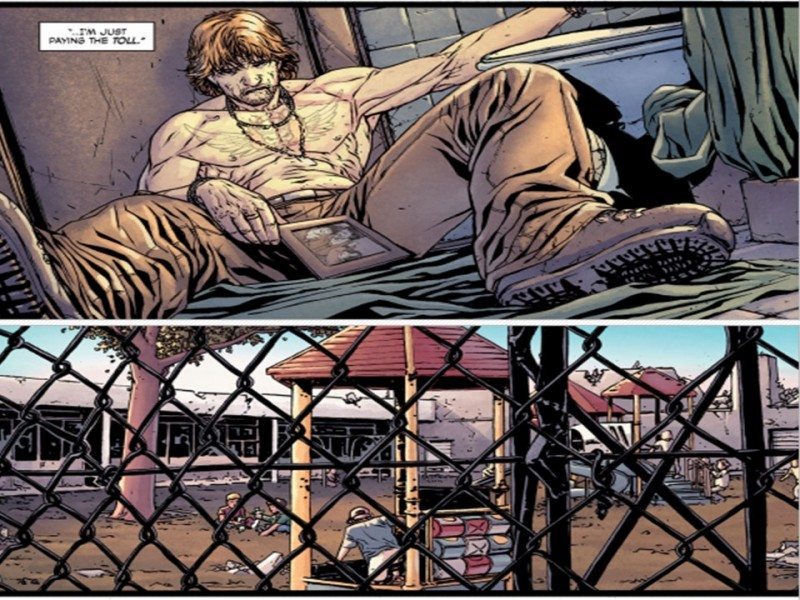 The only complaint I have with this issue would have to be ending. Now, I’m not familiar with the lore of the original SUICIDERS series, so perhaps the creature that appeared at the end of this comic is normal for this world. However, the appearance of this vampire-like creature at the end of the issue confused more than enticed me to read the next issue. So while the issue may disappoint some who were expecting a continuation of the previous issue, I believe that fans will find that learning more about our protagonists is much better from a storytelling perspective. So far I’m enjoying Bermejo’s sequel series, despite the fact that I haven’t read the original series, and I believe that speaks volumes about the quality of Bermejo’s amazing writing. People who haven’t read his original series can jump right in with SUICIDERS KINGS OF HELL.A. This comic is worth checking out if you are a fan of well-developed characters matched with incredible artwork of their violent actions.