SUICIDE SQUAD SPECIAL: WAR CRIMES sees a return of Jon Ostrander, who had been away from writing SUICIDE SQUAD for over a decade. John Ostrander teams up with artist Gus Vazquez and cover artist Juan Ferreyra. This issue of SUICIDE SQUAD sees our titular band of freaks and malcontents heading off to the Netherlands to rescue George Foster Carmody, the Secretary of Defense in the former administration of the United States government. Captured by Strikeforce Europa, Carmody has been taken to answer for war crimes committed during his run.

Carmody holds deadly secrets that, if released, could cause quite a ruckus for America. Now, it is up to the Suicide Squad to make sure he makes it back to the states in one peace, and America’s darkest secrets are kept safe. 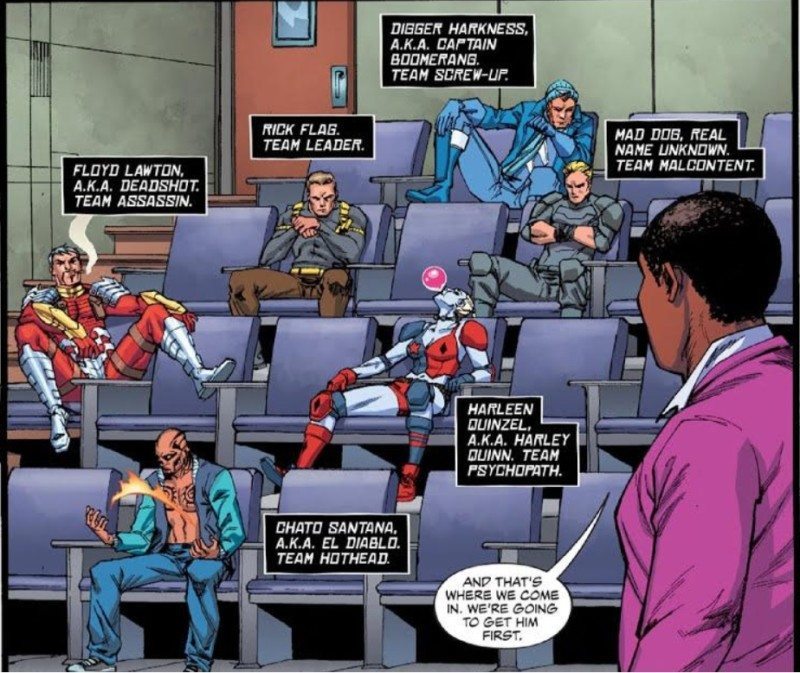 With the fate of America in the hands of the Suicide Squad, this issue sets out to be a thrill ride and a half.

SUICIDE SQUAD SPECIAL: WAR CRIMES proved to be an excellent issue for John Ostrander to return to. His writing shines through on every page and in every character, from the delightfully insane Harley Quinn to the foul-mouthed Captain Boomerang aka “Boomiebutt”, per Harley. Ostrander knows how to let every character stand out on their own, and it was easy to see each unique personality coming through. Everyone is hilarious, violent and perfectly in character. Writing for such distinct personalities can prove, and has proven, to be a challenge for many writers in the past, but Ostrander knows his Suicide Squad intimately.

While having so many personalities on screen at once can be a point of contention for some writers, I felt Ostrander kept them all in line. He gave just enough of each character so that we could identify them but not so much that anyone in particular stole the screen. All in all, it was well-balanced and seeing all these clashing characters proved to be interesting.

READ: The DCEU Post-SUICIDE SQUAD: Where Do They Go Next?

If there is anything off about SUICIDE SQUAD SPECIAL: WAR CRIMES, it is the pacing. While quick pacing is expected in action sequences, it moves so quickly in WAR CRIMES that scenes fly by before they can have a huge impact. Moments that should have gotten a bit more times — moments that were meant to hit harder on the emotional spectrum — fly by before they can do their job. It might be a personal thing, but WAR CRIMES seems like it could have honestly benefited from slowing down every now and again to let some moments hit as they should, especially the more violent parts. The bits with Mad Dog especially could have used a bit of a slow down, as he is set up fairly quickly and not given quite enough time to shine. The resolution with Carbody also could have used a little longer in the oven. The impact felt sort of lost with how fast everything happens. Call it a personal gripe, as most prefer their action fast and flashy. 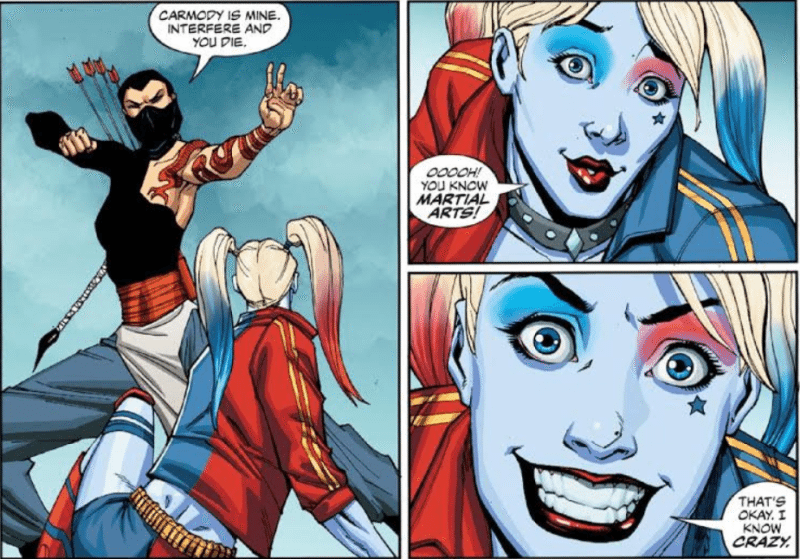 The art in WAR CRIMES brings together the old school feel of the original SUICIDE SQUAD with more modern twists. All the bright colors are still there, especially with Harley and her wild get-up. Each costume sticks out and helps identify the character place each character in every scene with full distinction. None of them ever get lost in the backdrop, and the color palette makes all the action pop off the page.

Overall, SUICIDE SQUAD SPECIAL: WAR CRIMES was a great issue that harkens back veteran writer John Ostrander. With hilarious writing, thrilling action and an all-around well-written team of psychopaths, WAR CRIMES makes for a wonderful read. While it may not be perfect, with rushed pacing and a couple of knee-jerk moments that speed by, WAR CRIMES has a lot to offer fans of SUICIDE SQUAD. I personally cannot wait to see what is in store for our beloved freaks in their next adventure.