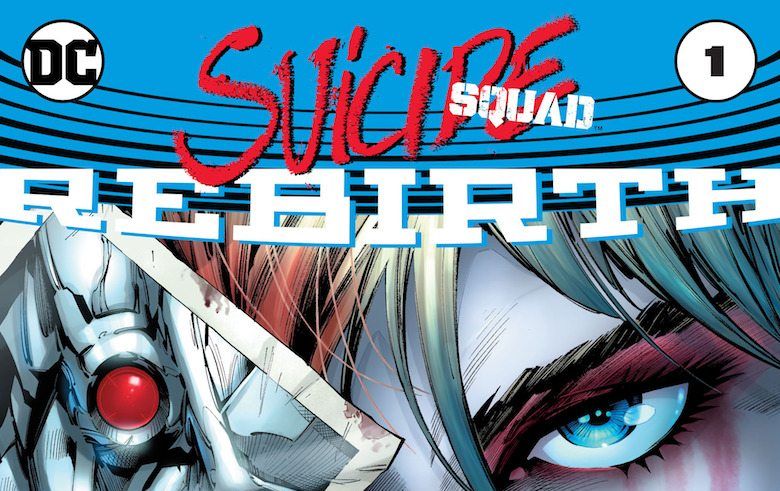 The Rebirth issue for the Suicide Squad is finally here! It’s one of the later released Rebirth issues but that seems to be due to the Suicide Squad movie hitting theaters this weekend. I guess DC Comics wants to hype the comic alongside the anticipated premiere of the film. Much of the elements in SUICIDE SQUAD REBIRTH #1 feel as though they are done purely to fit the movie.

READ: Check out a New 52 issue with our SUICIDE SQUAD #21 Review right here!

The issue begins with the Suicide Squad director Amanda Waller in a meeting with Barack Obama, President of the United States, which is pretty awesome. The President is berating Waller for her role in the covert team known as Task Force X and the fact that Obama was unaware the group’s existence. He lets her continue the program with the condition that the team is led by someone with a more reputable character than a supervillain.

The rest of SUICIDE SQUAD REBIRTH #1 focuses on Amanda Waller trying to recruit Colonel Rick Flag to lead Task Force X while the squad is on a mission in Mongolia. I don’t really like the comic trying to incorporate elements of the film. It feels as though the characters are forced into the comic because they are in the movie. The film has Flag leading the Suicide Squad, so it looks like that’s the reason for doing the same in SUICIDE SQUAD REBIRTH #1 and going forward. However, I do enjoy how the members of Task Force X are limited to only Deadshot, Harley Quinn, and Boomerang for right now. Writer Rob Williams could have packed the issue with every squad member in the movie, but instead the smaller group allows for better development of each character.

The personalities of said characters seems a bit different from the New 52 versions, and again that may be because of the movie release. Boomerang has lost his hunger for revenge against Deadshot and is more of a comedic character, as the film looks to portray him. Deadshot’s signature gun is prominently featured and his whole body is completely covered with his armor in the issue, but I wouldn’t be surprised if he is revealed to resemble Will Smith. Most noticeably, Harley Quinn more resembles the version that will be seen on the big screen. She is now a bit more colorful with the pink and blue, instead of just her usual black and red.

The art by Jonathan Glapion and Philip Tan is very impressive. The characters are greatly detailed, which is best highlighted by the weapons and attire that Deadshot, Harley, and Boomerang each sport. The facial features of each character (especially Rick Flag) also have a gritty and worn-down look to them that fits the criminal underworld feel of the comic series. Also, Amanda Waller is drawn incredibly differently from the New 52 version. She is older and a bit larger than the younger and thinner version. She looks more like previous incarnations of the character and I enjoy this more experienced looking Waller much better.

Overall, SUICIDE SQUAD REBIRTH #1 is a fun issue that reintroduces the Suicide Squad. It works well as a pseudo-reboot of the series with Rick Flag as the new leader instead of Deadshot. I’m not sure if the influences from the movie will help or hinder the comic book series, but I’m excited to see what comes out of SUICIDE SQUAD from here on out.