OH. MY. ZOD. SUICIDE SQUAD #3 is a purely action packed issue that doesn’t hold back. If you like bullets and blood, this is an issue you won’t want to miss.

Previously in SUICIDE SQUAD #2, Amanda Waller’s team infiltrated a secret underwater prison in Russia. They were tasked with the mission of finding a weapon held by the Russians, but first they needed to break out a super powered human named Hack to find it. All goes well and they teleport to the The Black Vault, which holds the device, only to find the device is connected to the Phantom Zone. As they investigate it, General Zod breaks out and annihilates Captain Boomerang.

WATCH: Have you seen the Suicide Squad movie yet? Watch this and maybe you’ll get excited for it!

SUICIDE SQUAD #3 brings the team right into the fight with General Zod. No time has passed between issues. Even Captain Boomerang’s boots are still steaming from Zod’s heat vision. From a story standpoint, this is a completely losing battle for the Suicide Squad and all the group can do is try to hold off Zod while figuring out an escape plan. As enjoyable as it is to see a group of less respected character fight an incredibly powerful Kryptonian, I feel as though Zod would just quickly destroy the whole team. This is a guy who puts Superman to the test, the Squad shouldn’t be a problem. 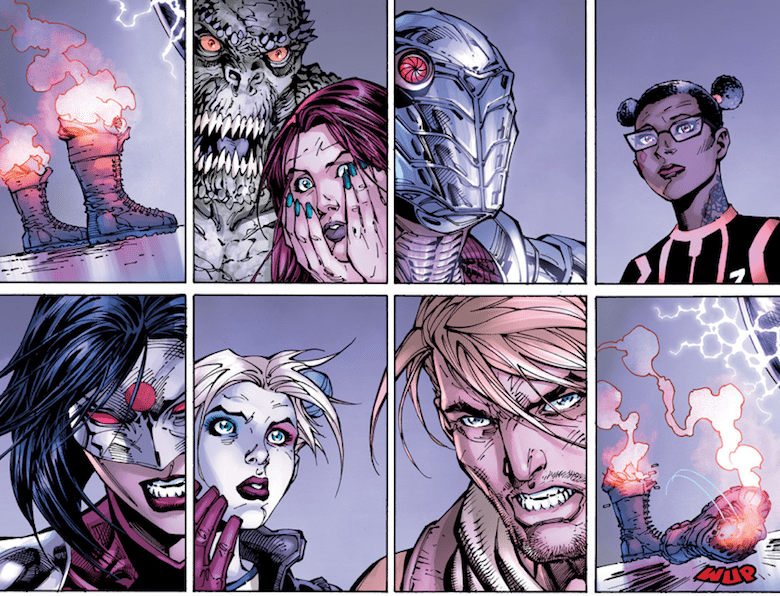 Rob Williams does an excellent job at sticking with the character traits of each Suicide Squad member in this issue. It’s even more impressive when the majority of the issue is just fighting. Williams is able to show off Rick Flag and Deadshot’s weapons skills while emphasizing the magic from Katana and Enchantress throughout the battle with Zod. However, the best of Williams’ work in the issue comes from Harley Quinn due to her insane humor during the serious and dangerous event.

READ: Love the Suicide Squad? Go back and check out our SUICIDE SQUAD #1 Review here!

The art by Scott Williams and Jim Lee captures the chaos of the battle very well. Bullets are flying and Zod’s heat vision is hitting all over the place. The atmosphere of the fight is clear through the art, and readers can really feel the action. The highlight here is definitely the look of General Zod. He is a major focus throughout the issue and he looks and feels as dominant as he should in the panels. Willams and Lee make Zod seem bigger and faster than the Suicide Squad. 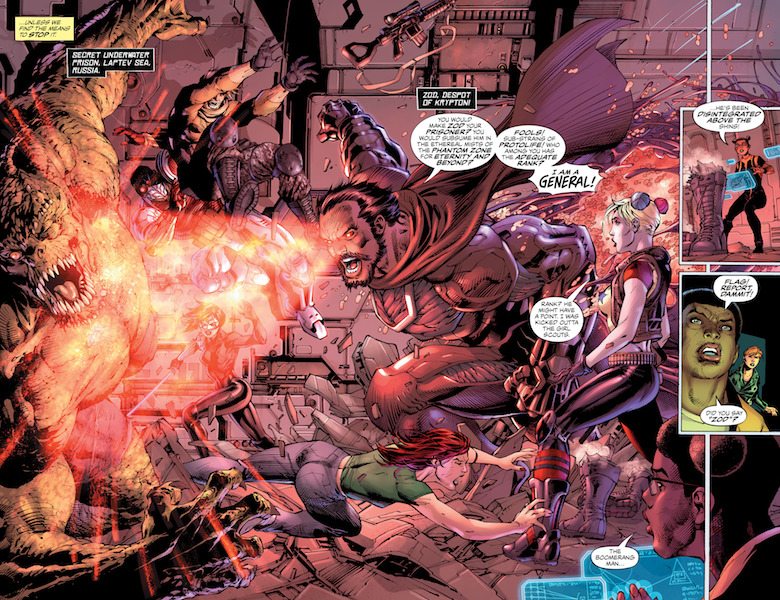 SUICIDE SQUAD #3 is a great addition to the series that has thus far lacked action. This one is fun and compelling with art that draws readers in. I’m not sure how much longer the Suicide Squad can handle General Zod. It’s a complete mismatch. He is way too powerful for the group and I don’t think they have Kryptonite with them. However, it’ll be interesting to see what Rob Williams comes up with to get the Suicide Squad out of this situation!