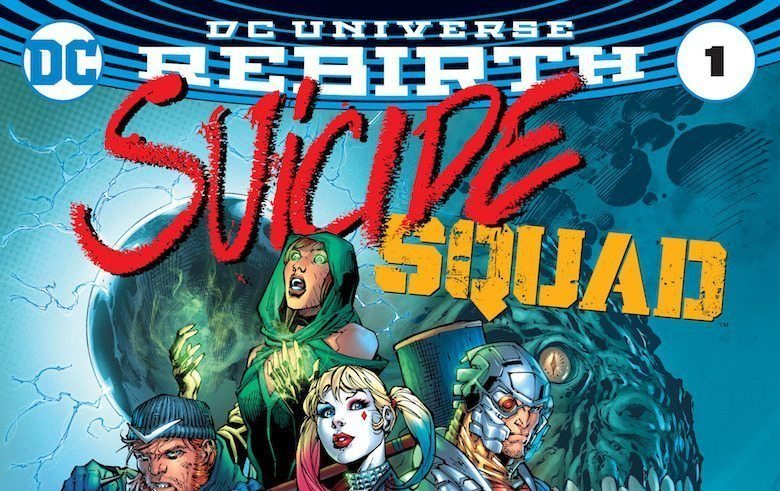 A new story begins for Task Force X in SUICIDE SQUAD #1! Coming off the heels of the Rebirth issue, this #1 reloads the team with a few more members for a dangerous mission. SUICIDE SQUAD #1 could have done more to excite the reader, but it does offer two different storylines to enjoy.

In SUICIDE SQUAD REBIRTH, we saw Amanda Waller re-establish Task Force X by discussing the operation with President Barack Obama himself. She successfully convinced Colonel Rick Flag to join and lead the Suicide Squad. The rest of the issue displayed the type of mission the Squad goes on as they fight a villainous organization in Mongolia.

READ: How was SUICIDE SQUAD REBIRTH #1? Check out the review here!

SUICIDE SQUAD #1 starts off with Amanda Waller making a visit to Belle Reve Penitentiary, the prison/home of the super villains who serve on Task Force X. Waller assembles a team to retrieve or destroy an item in Russia by dropping in from a spacecraft. This is all there really is to the story. It is an incredibly short 13-pages for the core storyline in the issue and it’s very disappointing. The issue establishes the team again (like SUICIDE SQUAD REBIRTH) and sends the team off without much insight into the objective. Also, I expressed my joy in limiting the team members on the Suicide Squad to three characters (Harley, Deadshot, and Captain Boomerang) in the Rebirth issue, but SUICIDE SQUAD #1 adds several more characters to the mix. Writer Rob Williams includes several others to the cast—Killer Croc, Enchantress, and Katana—who all appeared in the SUICIDE SQUAD movie. Again, as I stated in the Rebirth review, I despise basing comics series on their films and it seems like this is the direction going forward. 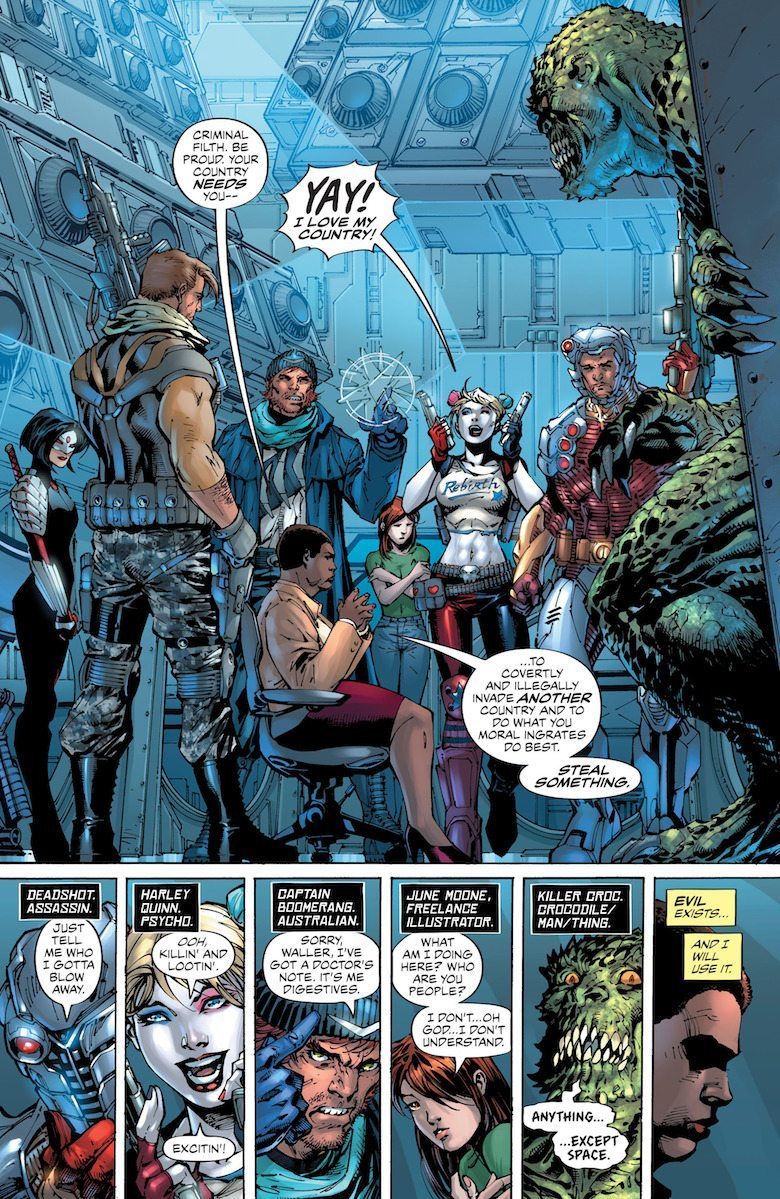 SUICIDE SQUAD #1 isn’t a complete disappointment. After the 13-page main story, Rob Williams writes an intriguing 7-page backstory to how Deadshot arrived in Belle Reve Penitentiary, titled “Personnel File: Deadshot”. The story follows Deadshot as he is hired by the group Kobra. Instead of payment, Kobra holds Lawton’s daughter hostage and they leverage her life for Deadshot’s services. As a result, Deadshot gets some help from Batman to get his daughter back. This is similar to the way Lawton ends up in prison in the movie (with the involvement of his daughter and Batman) but is written better in this comic. 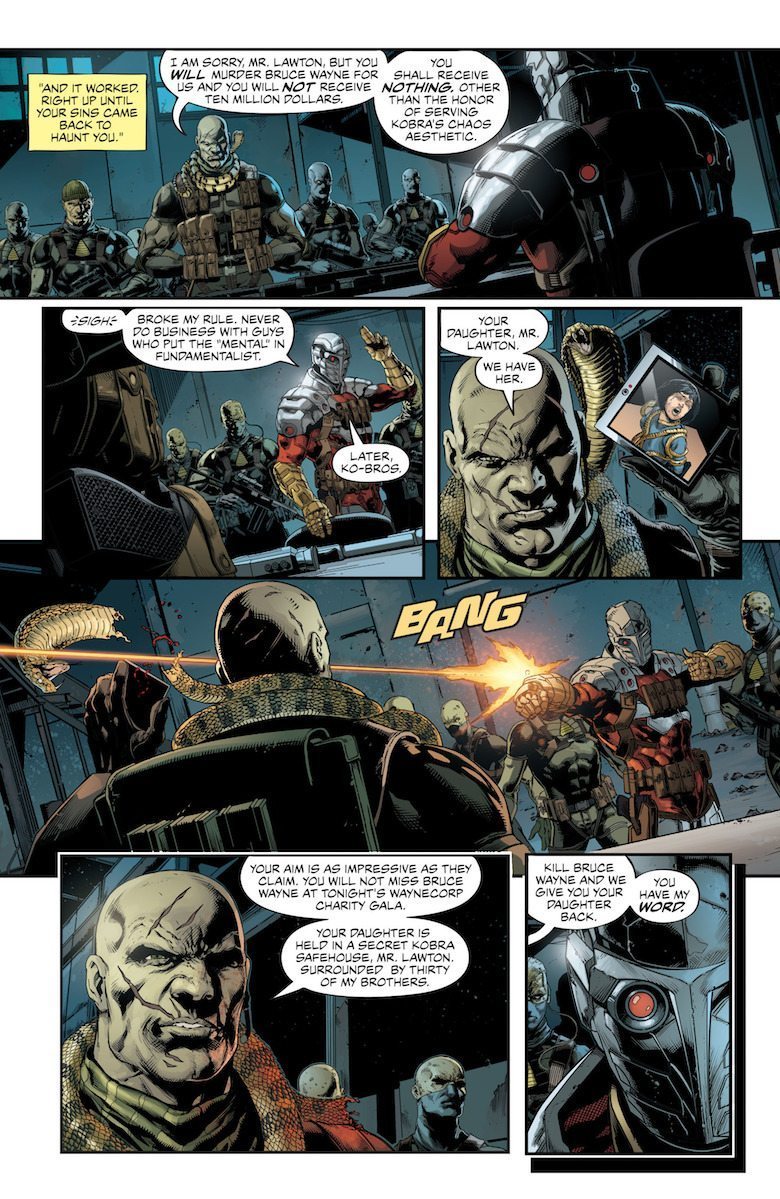 All of the characters in the issue maintain their usual personalities. Katana is stoic and Captain Boomerang runs his mouth, while Harley is insane (and plays Pokemon Go during the mission). Rick Flag may be the most surprising character in the issue unless you consider Killer Croc vomiting more surprising. Flag is less cold towards the villains and actually cares for their well-being. He considers the Squad members as his team and is not open to losing any of them. This opens up an interesting dynamic between Flag and the villains, as well as Flag and Amanda Waller, who can blow up each villain’s head with the press of a button.

WATCH: Haven’t seen the SUICIDE SQUAD movie? Want a reason to check it out? Click here!

The art by Jim Lee and Scott Williams perfectly sets the tone of the issue. The prison feels cold and secure as is should and so does the spacecraft that Task Force X travels on. The tone of danger is additionally present when problems arise on the ship with the orange and red coloring in the panels. The transition from panel to panel feels flawless. When the villains are chosen for the team, the flow of the action feels seamless and natural. 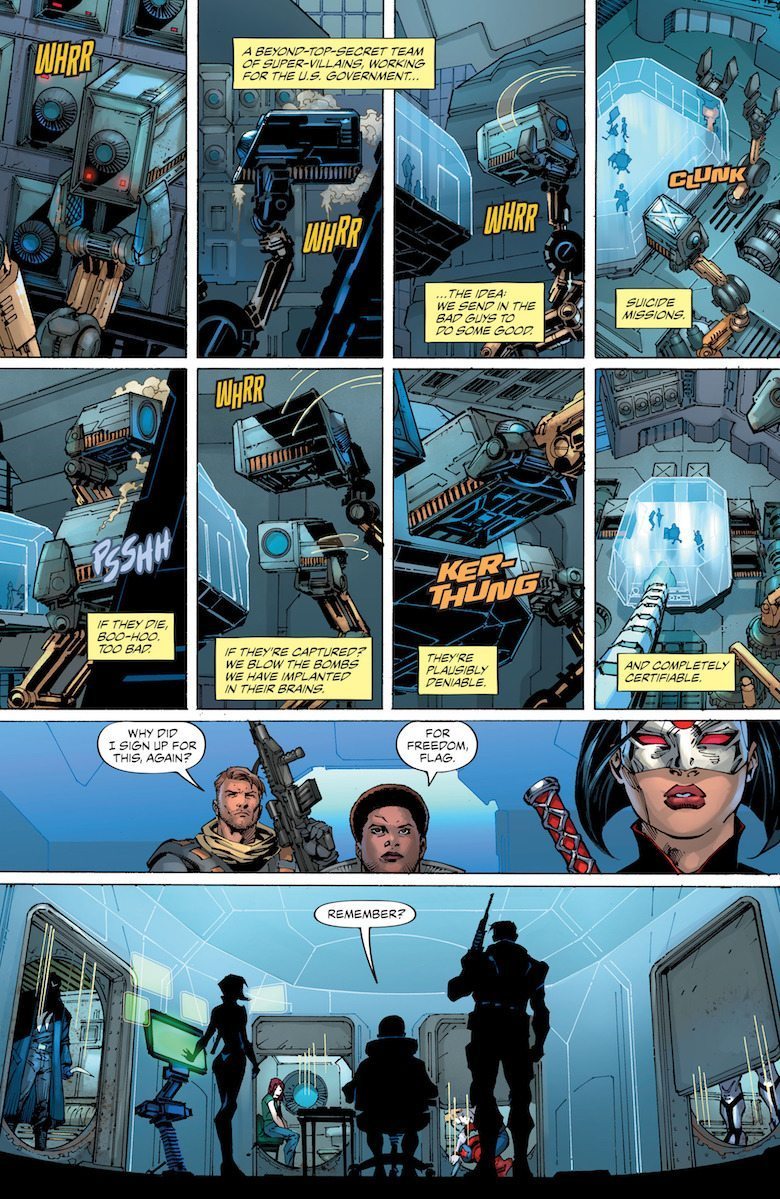 SUICIDE SQUAD #1 is a boring issue and needs a lot more to keep readers engaged in the series. The main plot is not interesting enough, as it just establishes that the Suicide Squad is now comprised of the characters from the movie. The background pages at the end work to give some insight into Deadshot, but it unnecessarily comes at the expense of the core storyline by restricting the number of pages dedicated to it. I assume the background “Personnel File” section will keep going with the other villains, which could continue to hinder the series’ plot. I hope the series moves towards a more exciting storyline in Russia, but we’ll see.