If Superman doesn’t have his bright red cape, is he really Superman? So far in the Successful Symbols series, we’ve analyzed heroes who are defined by their icons and symbols. We have looked at how they transform the hero. However, Superman’s case is different. Most would suppose that Superman’s symbol would be his cape or even the crest on his chest—the iconic symbol of the House of El. However, none of these imply much about his character or impact him beyond his Kryptonian origins. Superman’s goal has always been to exist as an earthling despite his god-like superiority. Superman’s symbol isn’t anything he wears as Superman, but rather the tool he uses to become Clark Kent: the infamous, all-concealing Glasses.

INTERESTED: Superman is not the only hero with an identity crisis. Click here for a look at Iron Man and his symbol, the Iron Man Armor.

In the majority of the time Superman wears Glasses he is no longer Superman, no more than Tony Stark is Iron Man without his armor. The only true difference is that Tony Stark was Tony Stark by birth, and became Iron Man by choice. Clark Kent was born Superman and then became Clark Kent with the Glasses assisting in this human alter ego.. 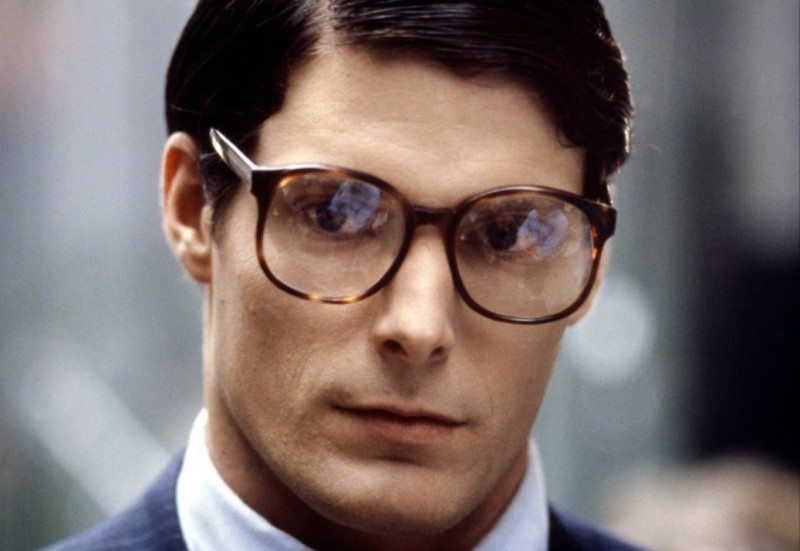 Superman’s Glasses are simple bifocals that may or may not actually work for their conventional use. Superman wears them during his day-to-day life as Clark Kent, reporter for the Daily Planet. While in the pre-Crisis stories, the glasses have lens made of Kryptonian glass, writers have now completely omitted this trait. In our modern era, they are nothing. They hold no special abilities, powers or traits. They’re simply metal, plastic and glass.

But whenever Clark Kent sees immediate danger, he discards his Glasses and tears off his business suit. Beneath, he reveals the iconic crest of El and becomes the Man of Steel himself. Somehow, no one has ever pieced together the fact that a prominent journalist is really Earth’s Mightiest Hero. Even stranger, the only reason is because of a normal pair of Glasses. There is, of course, a psychological reason for this. No one wants to think of Superman as the clumsy #2 reporter for the Daily Planet. The psychology of the Glasses assists in Superman’s illusion of weakness. Culturally, Glasses convey the image of weakness. Glasses are colloquially used in idioms associated with perceived weaknesses and limits.

But Superman isn’t clumsy or cowardly, and when he takes off the glasses that mark him as such, he becomes brave, powerful, and even pure. He faces all challenges with a powerful vigor and proves his worth as the mightiest hero of them all. But this just isn’t who he is sometimes—Superman is who he is all of the time. He isn’t genetically a human with the Glasses on. He is always a Kryptonian. He is always Superman, but the behavior is what changes for him. In this sense, the transformation between wearing the Glasses and removing them is psychological rather than physical. 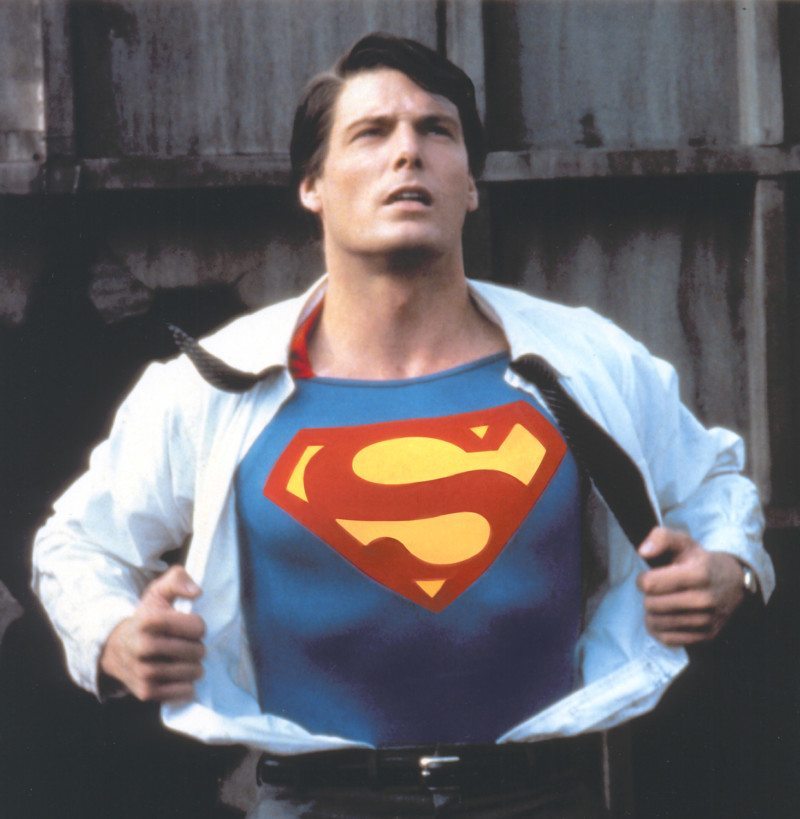 Smallville was conceived in the comics as an imitation of small town American life: a place for ordinary humans to live their lives. In a similar yet unique way, Clark Kent is the same, except his imitation of a normal person leans towards caricature. He is a coward who flees at the first sign of danger and he often comes in second place in his highly competitive line of work. He is weak and insignificant to everyone around him. He is a humbly ordinary man until you remember Clark Kent is a front. Clark Kent is Kal-El, an all-powerful alien. He can never truly understand what it is to be human, to truly fear for one’s safety on a daily basis in the same way a human might, but he pretends and the Glasses are a prop that deliver this farce.

The Glasses’ recurring theme of identity is also Superman’s kryptonite. Superman wants to be human, and so he adheres to human morals. His family’s taught him that a human is a part of a network that leans on each other, helps one another. Because of this, he does everything in his power to keep others safe, which involve sometimes using his alien abilities. Whereas most humans are very limited when it comes to power, Superman has too much of it, an inhuman amount of it. Humanity becomes Kent’s white whale. As long as he is helping other humans, Superman can never be human. 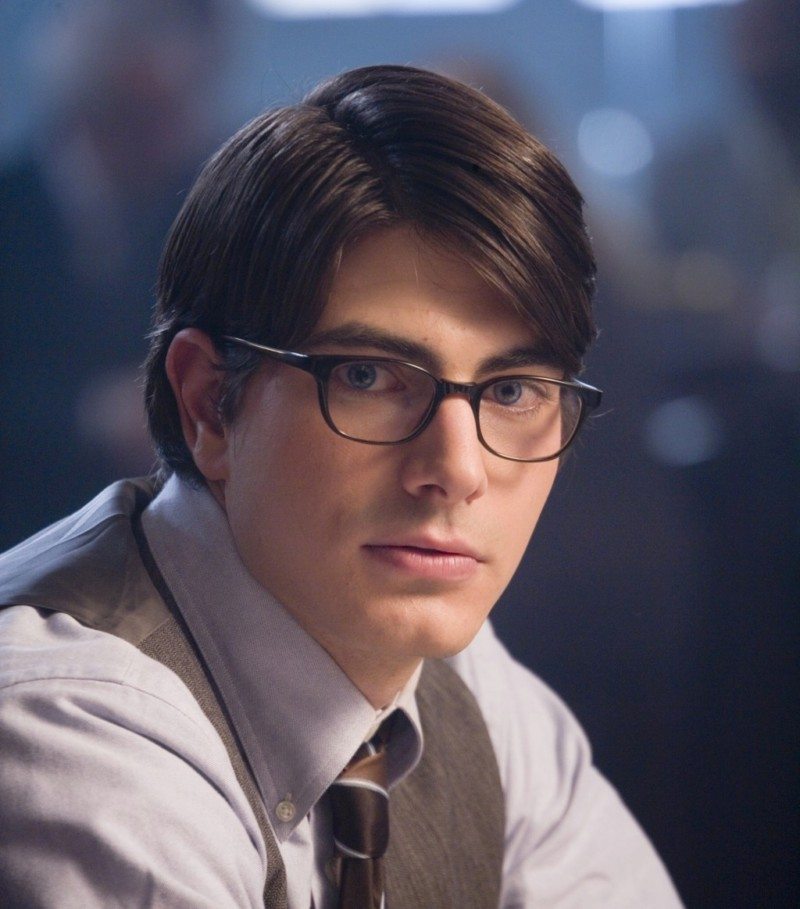 The Glasses seem to serve as an answer to the alienation caused by Superman’s duties. Clark Kent can be human because the Glasses serve as a buffer between self and actuality. It’s essentially a psychological manipulation, the same as the illusion all of the world’s brightest people seem to fall for when they can’t figure out Superman’s alter ego. Clark Kent virtually never uses his more substantial powers while the Glasses are on. In SMALLVILLE, the hit TV series, Superman’s dedication to maintaining his identity as Clark Kent is so severe that it has caused Kent to suppress many of his powers and abilities, including flight. In MAN OF STEEL, as Clark makes the decision to become Superman, he dawns Glasses to protect his life as a human.

INTERESTED: Superman might be the Man of Steel, but Wonder Woman is an icon of her own right. Click Here for a look at Wonder Woman’s Lasso of Truth!

In regards to MAN OF STEEL, the movie’s ending presents another example of Superman’s issue with identity. The introduction of the Glasses only appears in the instance when Superman discovers more about his heritage and embraces Earth as his home and his decision to live there as a “human.” Superman never had a reason to have two identities. No one on the face of the Earth had the power to control him. If he truly wanted to save the world out of respect for lives that needed to be saved, he would be more effective as Superman all of the time. Instead, Superman makes the decision to don the Glasses. Superman is unlike other heroes, who use alter egos to protect their loved ones. Superman, with all of his morals and guardian instincts, lives for his human fantasy, even if this fantasy places loved ones in danger. Superman accepts the fact that his powers anesthetize humanity. Thus, he creates a human life out of glass fibers, metal, and plastic: his Glasses.

These flaws brought on by the Glasses—and by association, his issues with identity—are so severe that they later impact his powers. In most narratives featuring Superman, Superman has many psychological blocks on his powers from his human upbringing. He conducts his life under a series of human illusions, believing it necessary to eat food, drink water, breathe oxygen or, well, to require basic human facilities. 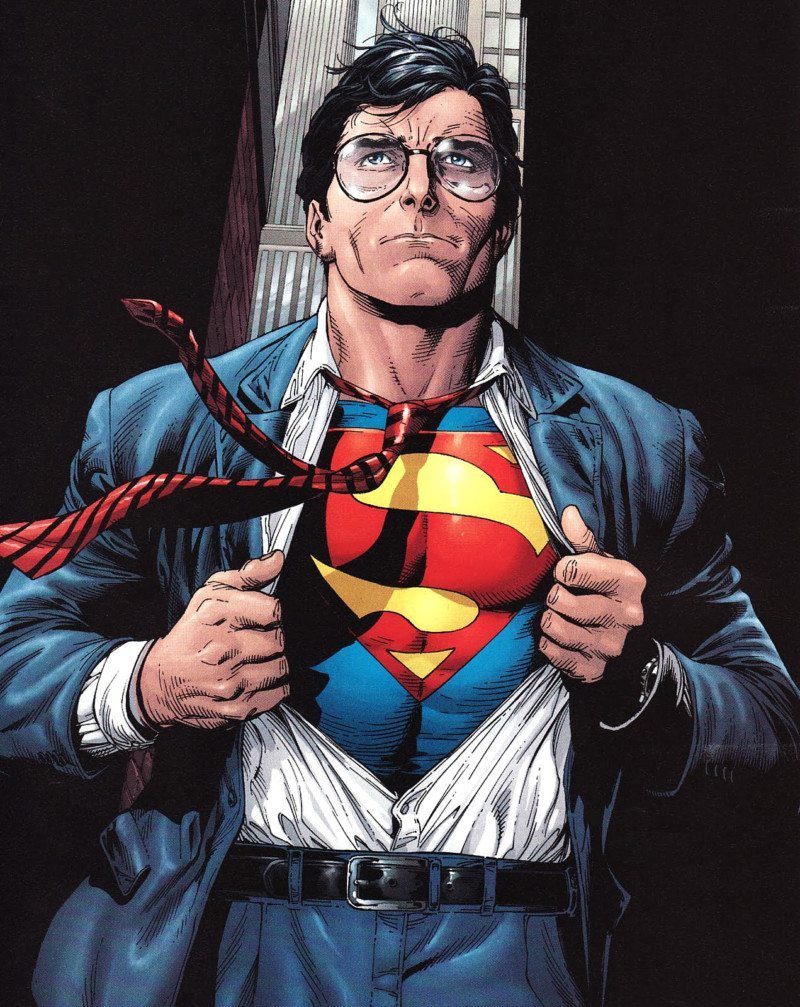 The Glasses are a representation of Superman’s own traumas and insecurities. Superman wears them as protection from the dangers his lifestyle creates, but in reality these Glasses are a reflection of Superman’s issues with identity. The Glasses define who Superman aspires to be, though reality fights his journey at every turn. They assist his identity here on Earth, and largely anywhere else in the world. Without the Glasses, Superman’s character is irrevocably changed. He isn’t human. And without the Glasses, this point becomes even clearer, because without these Glasses: the human, Clark Kent, doesn’t exist.