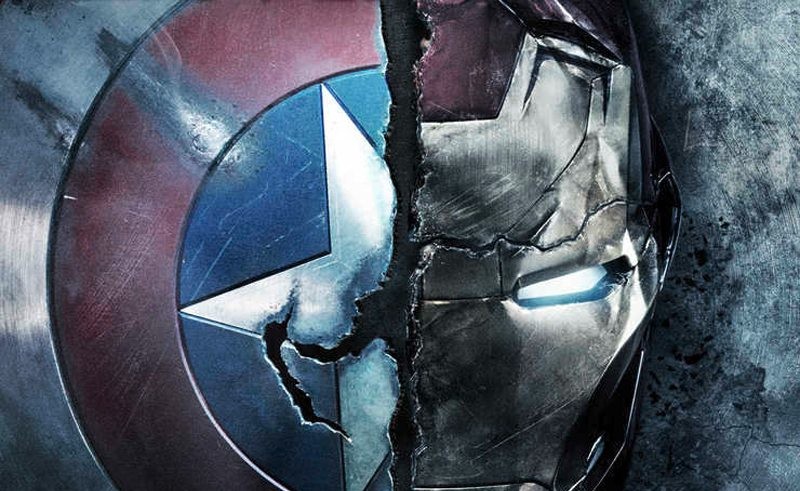 Even the newest superhero fan knows that every hero has a gimmick: powerful implements and tools that act as symbols. Unlike costumes, these objects carry a personal meaning of who they are rather than what they wish to be. They are symbols. Like the gods of mythology, our heroes’ symbols have power and a romantic definition to them. Cupid and his arrows express the intentions of destiny with phallic imagery. King Arthur’s sword states that power is only inherited by God’s chosen ones. Thus, all his decisions must be right and just…though he did have sex with his sister. In all situations, these tools speak volumes about the person who uses them and have a profound effect on our understanding of the user.

CLICK HERE for an in-depth look at the impossible bosses in most video games: The Bullet-boss.

In Marvel, superhero virtue is best exemplified by Steve Rogers, Captain America. His symbol as a hero is reminiscent not only of his ample virtues and sense of justice, but of hidden elements to his unique character. Captain America’s Shield seems standard and straightforward, but how the Shield is used in battle, its impression on other people, and its historical symbolism is more nuanced.

Captain America’s famous Shield is an inherently passive weapon and symbol, though the Captain does use it quite uniquely. It’s truthfully designed as a means to defend and never to attack. The shield is stereotypically discarded by a warrior in a duel for the sword because “real men” fight with a penis substitute.

Rogers uses the Shield in a variety of methods, but the most common is as a mid-ranged, blunt weapon. Though Rogers does utilize the tool as protection, his most iconic displays of proficiency is when it is a weapon. Rogers casually throws the Shield in order to ricochet, allowing the object to bounce off of specific points before landing a blow. By denying the tool its traditional use, the Shield symbolizes Rogers’ own personal vendetta against evil. In the face of danger to those the Shield would traditionally protect, he throws the Shield itself headfirst into danger and uses himself as a buffer.

The Shield’s use as a projectile is not new in modern superheroics, but Rogers’ use is different than the phallic and penetrating connotation of standard projectiles, like arrows and bullets. A Marvel Universe arrow or bullet can possibly curve in the hands of the right expert, but these tools can never return. Rogers’ Shield will bounce, flip, and turn in order to return to his hand. This use of the Shield is much like his sense of justice: absolute. The Shield will always return to him—despite what physics may have previously intended for it. In many ways, the initiation of Rogers throwing the Shield may be metaphorical of his mantle as a hero: a conduit of justice itself.

To an extent, the Shield’s return is vital to Steve Rogers himself, almost like a law of nature. When Rogers can’t get his Shield, the narrative’s tone switches to panic. In CAPTAIN AMERICA, two doors trap Rogers’ Shield and immediately, the stakes of the scene are elevated until the Shield is retrieved. CAPTAIN AMERICA: CIVIL WAR had a similar scene, where Rogers’ Shield is captured by Spider-Man, a feat that was meant to amaze due to the cognitive association between the Shield and Steve Rogers. Further, the few comic book instances of the Shield breaking foreshadowed a great tragedy in the story—such as in the Civil War story arc.

CLICK here for a look at the American Kaiju movie genre and how it has held up against against the historical origins in Japan!

This Shield’s transcendent nature and its capacity to fluidly travel throughout the battlefield is reminiscent of Captain America’s patriotism. It is no secret that Captain America is the longstanding symbol for patriotism in the Marvel Universe, however, this patriotism has often been fluid. Captain America veils his political ideals either by chance or design. Rather than identifying as one specific party, he twists and turns within the ambiguous definitions of the American Way.

The Shield declares balance and guardianship. Biblically, the Shield conveys protection against evil and falsities. In combat, it is Rogers’ most important weapon. To Steve Rogers, Captain America, it could possibly signify his on-going battle against villains. It is also a reminder of his American virtues such as justice, liberty, and patriotism. By covering the shield in the patriotic red, white, and blue, Rogers illustrates his intentions to protect the country itself.

The Shield itself is an unlikely weapon. There are no sharp edges and it is probably the least phallic of weaponry possible. Whereas a phallic weapon, like a sword or spear, will symbolize power and intimidation—both supposedly “masculine” traits—a shield will have an inherently feminine symbolism. A shield is the natural antithesis to the sword: a shield blocks where a sword strikes; a shield saves lives where the sword takes them. The shield is the mother to the sword’s father. Due to the cultural biases that exist in patriarchal cultures, people are not intimidated by the Shield on its own. Rather, people will flock to it for comfort and shelter.

Through Rogers’ use of a motherly tool, we can assume a relationship between Rogers and his mother. Fans of the more recent CAPTAIN AMERICA #1 issue will recall Rogers’ own drunken and abusive father, and Rogers’ mother who was tenderhearted and kind. She shields Rogers from the abuse of his father. In this comic canon, both of Rogers’ parents are immigrants in the country and factory workers: two things which represent the American Dream.

CLICK HERE for an in-depth look at the public criticism of X-MEN: APOCALYPSE‘s billboard ad.

The Shield: In Conclusion

The Shield is a unique view into Steve Rogers. Many fans often see the hero Captain America and believe that is who he is absolutely. Rather, the role is a costume. Though it is an important part of Steve Rogers, and who he is, there are more elements to Rogers. Rogers was selected to be Captain America, after all. Thanks to the Shield, we see Rogers through his mother’s round eyes: as a fighter, dreamer, and protector.