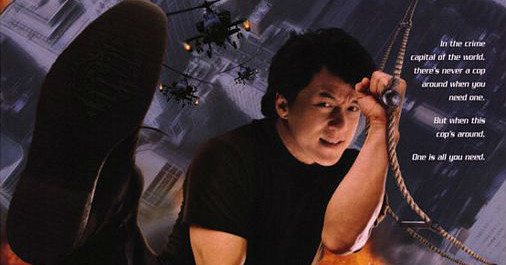 For perhaps the first time in Oscar history, the Academy of Motion Picture Arts and Sciences will be giving out an award that film fans won’t spend years arguing about. In September of this year, it was announced that Jackie Chan will be receiving one of this year’s honorary Oscar awards. The honorary Oscars are specialty Oscars given out to people who have made contributions to cinema, but whose contributions don’t fall into the Academy’s pre-existing categories.

However, this award should not be written off as a “participation trophy.” Chan is in illustrious company with cinema legends like Walt Disney, Spike Lee, Federico Fellini, and Judy Garland. In fact, this award can be seen as the precursor to many of the award categories that exist today. Disney, for example, was given honorary Oscars because there was no animation category. Before the category for Best Foreign Language Film existed, the Academy gave an award to a film they felt was deserving of that honorific. While it can be easy to ignore this award as fluff, it provides recognition to films and artists that are unsung heroes of cinema, and it can lead to the development of a new category. The question now is will the award for Chan lead to the one category has been woefully absent from the Academy Awards for far too long: Best Stunt Coordination in a Motion Picture.

This plea for recognition of stunts from the Oscars is nothing new. In fact, the battle has been going on as recently as last year. In an article on the topic for Forbes, writer Alisha Grauso pointed out, “The Academy reviewed and rejected the request in 2011 and again in 2012. In fact, the Academy has rejected the proposal to add a Best Stunt Coordinator category every single year from 1991 to now.” It’s not as if an award for Outstanding Stunt Coordination is completely unheard of either. The Emmy Awards have been giving out awards in this category for both dramas and comedies. In spite of this precedent, the Academy still refuses to create a category for stunt work. Their choice to give Chan an honorary Oscar only adds an ironic sting to this negligence.

CLICK: Have action films changed the way they portray gender relationships? We analyze these changes here.

Looking at the filmography of Jackie Chan alone is enough to justify the existence of a stunt Oscar award. His films are not only wild action adventures, but a display of Chan’s dedication to making an entertaining film with feats unlike any you’ve seen in film before. Perhaps part of the problem comes from the Academy’s consistent refusal to acknowledge films without a certain, let’s say, prestige. There’s a reason the phrase “Oscar bait” exists. The Academy tends to prefer nominating films with a level of “importance” or gravitas while ignoring many, but certainly not all, action, sci-fi, or horror films. However, Chan’s unique action oeuvre harkens back to the some of the oldest cinema legends in movie history.

This is certainly not a new comparison, but Chan’s films are the next evolution of the silent film masters like Charlie Chaplin and Buster Keaton. As Tony Zhou says in his EVERY FRAME A PAINTING series, Chan’s fight sequences have a set rhythm where “each action creates a logical reaction. And by following the logic, we get a joke.” If Charlie Chaplin’s movies had fight scenes, they’d be Jackie Chan movies. It’s undeniable that Academy members would praise the great silent film stars, but it’s just as likely that some would turn up their noses at the thought of, say, POLICE STORY being Oscar-worthy (those people, of course, would be objectively wrong).

Maybe that’s an oversimplification. Perhaps I’m being unfair in painting Academy members as stuffy fuddy-duddies who turn up their noses at action films. It’s worth mentioning that plenty of genre films have won awards in technical categories. At the 2016 Oscars, MAD MAX: FURY ROAD cleaned house with the most wins of the night. Nevertheless, it’s hard not to notice that the insane work of the stunt team went unnoticed by the Academy. They may be willing to provide a genre film with some accolades, but part of what makes that film so compelling is the work done by the stunt team. Stunt men putting themselves in danger is their art form, just as a costume designer uses fabric or a sound designer uses a microphone. To ignore their work is to ignore a key component of a film’s production.

Similar to MAD MAX: FURY ROAD, Ang Lee’s CROUCHING TIGER, HIDDEN DRAGON received its share of trophies on Oscar night, including being one of the few foreign films to be nominated for both Best Foreign Film and Best Picture, but no recognition was given to the film’s choreographer Yuen Woo-Ping, whose gravity-defying fight sequences in this film and THE MATRIX altered what many people thought could be done in action cinema. In the case of both Chan and Ping, the Academy’s decision not to recognize the work of stunt performers means they are willfully choosing not to recognize artists who have crafted and changed the landscape of movies as we know it.

If we approach this cynically, there’s a lot the Academy can gain from opening its doors a bit wider to genre films. First, it’s no secret that the Academy is trying to regain some level of its popularity (ratings were at a near record low last year) by casting a wider net when it comes to the Best Picture category. In 2009, the Academy decided to expand the pool of the Best Picture category from five films to nine. Many refer to this colloquially as “THE DARK KNIGHT Rule,” since it seemed to be in response to the fan outrage over the lack of a Best Picture nomination for Christopher Nolan’s THE DARK KNIGHT. While this has never been directly acknowledged by the Academy, it’s hard to ignore the fact that in 2011, with the expanded Best Picture pool in place, Nolan’s INCEPTION was one of the nominees. INCEPTION is certainly a well-beloved film, but its nomination, and the category expansion, felt like an attempt by the Academy to cash in on the popularity of blockbuster films that likely would not have been nominated in a five picture race, especially when you consider the fact that INCEPTION lost to the more traditional Oscar bait film THE KING’S SPEECH.

CLICK: Our look at the feminist filmography of director Hayao Miyazaki

Rather than pander with a category expansion, the Academy can and should give a spotlight to these films and highlight one of the aspects that make them so memorable in the first place. If their reasoning for the awards expansion was to garner more viewers, wouldn’t it make more sense to create a category where these populist films actually had a shot at being able to win? Doesn’t a future where the phrase “Academy Award Winner FAST 8” might exist sound like a better world than the one we live in now? To answer for you: yes. Yes it does.

There’s a moral component to this need for a stunt category, as well. In her article linked above, Alisha Grauso points out that the Oscar snubbing is not the only way stunt performers are mistreated in Hollywood. Needless to say, stunts are dangerous, and many stunt performers find themselves being underpaid and overcharged for medical care to cover injuries sustained during a film shoot. Providing their work with the legitimacy that comes with an award can shed further light on this injustice.

Back in 2013, a similar controversy came to light over the poor compensation given to visual effects houses, specifically the company Rhythm and Hues that won the Oscar that year for its work on the film LIFE OF PI. Without that win, and the bravery of visual effects supervisor Bill Westenhofer, the larger issue would likely have never been addressed. While a stunt award would hardly fix every problem, it would give the incredible work of student performers a new caliber of recognition and excellence that could bring attention to the adversity that members of their profession potentially face.

The majority of Jackie Chan’s films end with the stunt bloopers playing over the end credits. Audiences know stunts look dangerous while watching the film, but we never see the mistakes and risks that happen in the pursuit of that perfect shot. In an age where computers can conjure up visuals that once seemed impossible, stunt performers remind us of what the human body can accomplish when pushed to the limit, and what human ingenuity can accomplish to make movie magic happen.

The Outstanding Stunt Coordination Oscar is both long overdue and desperately needed to properly reward every aspect of filmmaking. The award for the exceedingly deserving Jackie Chan can be the first step towards a better Oscar for every type of film.