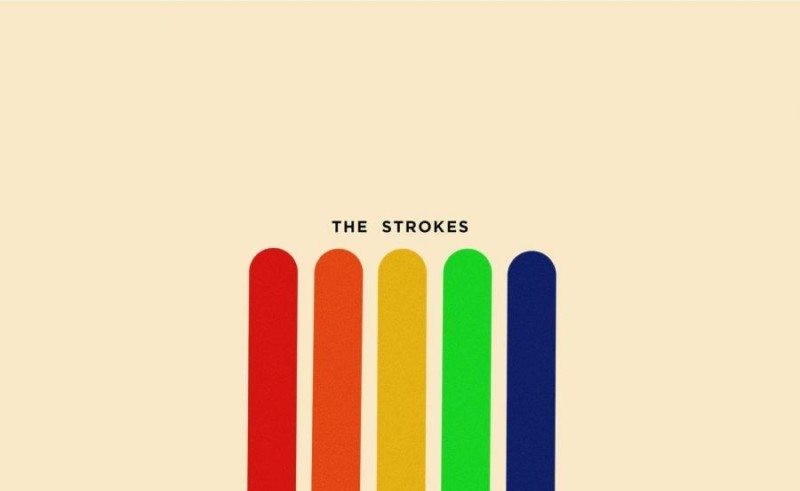 When your first album is heralded as “the stuff of which legends are made,” the encore will often fall short of the opening act. The Strokes’ sound defined an era; it invigorated a dying music scene and started a revival. Accolades poured down at a rapid rate. The band was the next best thing, seemingly destined for superstardom. But that was 2001. America’s leather-jacket rockers are now fathers nearing their forties and the days of young twenty-somethings caught up in the bright lights of New York City are past. And with their newest release, Future Past Present, the question is inevitable: what are the Strokes now? How have they evolved from cool and aloof rockers to what they are today? 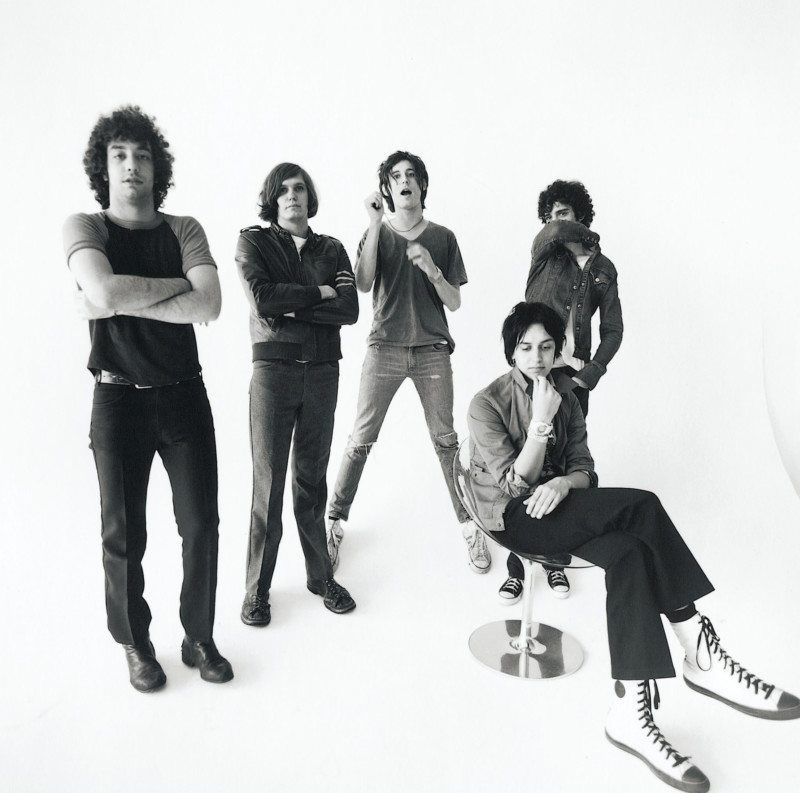 The Strokes have defined a generation with their fuzzy riffs, devil-may-care attitude, and an effortless, careless cool demeanor. Undoubtedly, their music has left a legacy that has catalyzed the transition of rock and roll music from the domain of grunge artists like Pearl Jam and Nirvana to the softer rock of groups like the Killers, Cage the Elephant, and many more. Their influence still reverberates to this day.

There is another famous performer today, who also debuted as a standalone artist in the early 2000s. And with her recent release, Lemonade, Beyoncé has ascended to even greater heights. Even diehard fans of the Strokes must admit that their recent work has not been as successful as Beyoncé’s. Beyoncé has seen her career progress consistently to the point where she is unquestionably on top of the game.

If there is a mountain to be climbed, we have come to expect that Beyoncé will be the first at its peak. We call her Queen Bey because she earned it through tenacity and creativity. She constantly redefines her sound, never living in the shadows of her work with Destiny’s Child or her own solo projects. She even changed her name for an album and still scored smashing success.The Strokes, meanwhile, invoke nostalgia. We think of their past successes—namely Is This It—and a band that’s become defined by its sound. And that’s what makes the EP’s title, Future Present Past, so fitting.

It is an unusual combination of aging rock and roll misfits and the biggest pop superstar. Undaunted, we will evaluate where The Strokes’ evolution has stalled, while Beyoncé’s has taken off.

The most notable difference between these two artists has to be that they play two completely different types of music. The Strokes are undoubtedly a rock and roll outfit, and with every release their listeners clamor for the “authentic” Strokes sound: smooth riffs, fuzzy and melodic vocals, and that signature groove. The battle between honoring one’s roots and evolving your sound is a defining example of how rock and roll (and its fans) struggle with change.

The Strokes had ascended to the peak of the music industry before they could even blink. Their first release was the pinnacle of rock and roll for the new millennium. And for the genre, it had grown to define a generation —from those on the lawns of Woodstock to the stage of Live Aid. Rock and roll dominated the cultural consciousness in a way that it simply no longer does. The band and the genre have both constantly battled to emerge from the legacy of their storied past.

You could argue the golden age of rock music was the 60’s, or the 70’s, the 80’s, maybe even the 90’s. As R&B, hip-hop and rap emerged, however, we have seen rock music descend from the mantle. Our music stars are no longer four dudes with guitars. Many rock and roll groups have faced ostracization and ridicule from the fans whenever they break from the mean. There is a concept of purity, of being tough and staying true to your roots —make something seen as not rock enough and you can quickly become a laughing stock. Just ask Billy Squier.

The pressure on rock groups—the Strokes included—has always been one of staying true to their roots. Take Green Day: when they exploded out of the punk scene following Dookie (and after they released American Idiot), they were met with scorn from the entire punk community. They were “not punk enough”, “sellouts”, you name it. Never mind these were two immensely successful albums. Once they broke with the standard, the community wanted nothing to do with them. For rock outfits, there are two options. One option is to regurgitate the same sound, album after album, and slowly become stale. Or try to break those barriers and get called a sellout, alienating a core section of your fanbase. It is difficult – if not impossible – to toe this line.For the Strokes, this pressure reached the point of nearly calling it quits.

The Strokes have tried to toe it by releasing a few homage tracks —“Under Cover of Darkness” and “Taken For A Fool” on Angles, “All The Time” on Comedown Machine, and now “Threat of Joy” on Future Present Past. They are bones thrown to their fans, and it is no coincidence that their lead singles have been the homage tracks, not the experimental material. The Strokes hamper their own development by constantly teasing a return to the good old days, and never fully delivering on their promises. They are stuck at a fork in the road, and they are not confident enough in themselves to fully choose one path. Songs like Angles‘ “Call Me Back” and Comedown Machine’s “One Way Trigger” were attempts at a new sound, met with mixed reviews, at best. Their best reviews have come when they stick to their original sound.

Beyoncé, on the other hand, has always tinkered with her sound—and even her name—from album to album. One of her greatest skills as an artist, has been the ability to always be creative, and never grow stale. 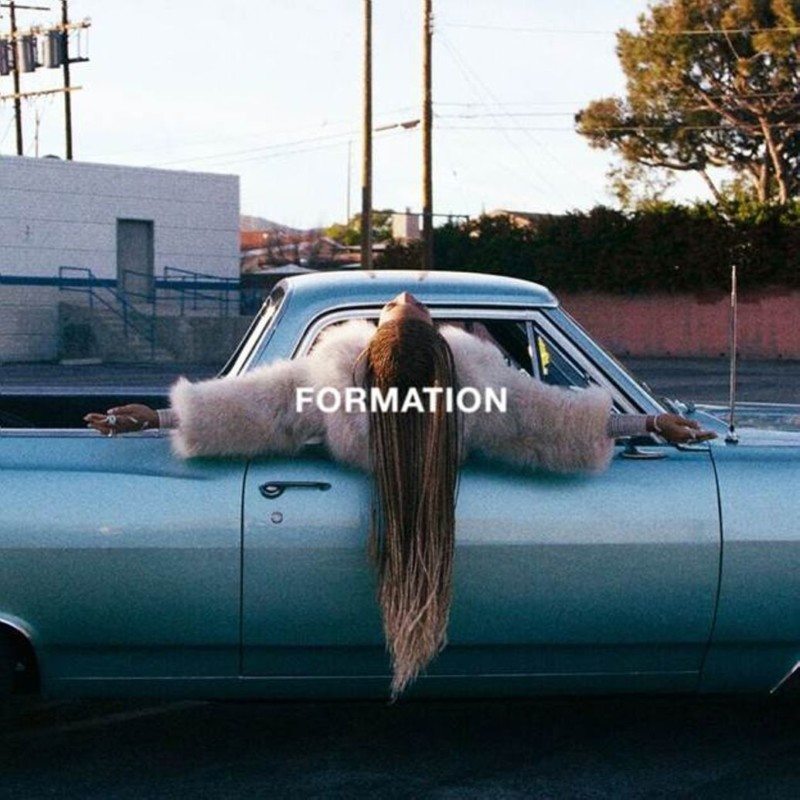 Beyoncé is constantly shifting her identity, and finding success at almost every turn. Her first solo smash hit, “Crazy In Love,” was just a sample of the treats we would enjoy in the years to come. The track was energetic, catchy, and just what she would need to launch her solo career. Starting in 2003, her solo career has encompassed a similar swath of time to the Strokes. However, the two today occupy completely different tiers of popularity. Beyoncé’s video for “Formation” scored tens of millions of views in less than a month, despite being unsearchable on a standard YouTube search. She has starred at enormous venues like the Super Bowl, and is undoubtedly one of the biggest pop stars in the entire world. Meanwhile, the music video associated with the Strokes’ single “Threat of Joy” had only amassed 700,000 viewers in a week.

CHECK IT OUT: We delve into the resurgence of politics in popular music!

Beyoncé has found success where the Strokes have slowed down in recent years. Success for her came slowly and surely—first debuting with Destiny’s Child, and then emerging as the leader of that group. In an interview she said, “I’d say I discovered my power after the first Destiny’s Child album”. Without a doubt, those formative years enabled her to find her voice and nurture her confidence. Beyoncé’s talent is in always discovering new ways to express herself as an artist. And she has also been strong in the face of criticism, especially recently. Her Super Bowl performance and music video for “Formation” elicited charges of anti-police sentiment. It also evoked the imagery of the Black Power movement, most famous for civil rights work in the 1960s. She held firm and clearly rebuked those charges, and defended her statements as against “police brutality and injustice,” not law enforcement itself.

Beyoncé has found longevity at the top for a myriad of reasons. One of the most prominent, though, is diversity in her sound. While the bulk of her releases have been poppy and catchy, she incorporates influences from a wide range of artists. These range from multi-genre connoisseurs like Prince to R&B legends like Mary J. Blige. She has also collaborated with artists across the spectrum, from Shakira to Jack White. In a more diverse America, with varying cultural influences, Beyoncé’s musical range keeps her relevant with a wider demographic. She owes nothing to a particular fan base or group of people.

Additionally, the pop and R&B communities do not hold to the past as the rock community does. Pop is intended to be constantly evolving and drawing influences from many genres. Taylor Swift, for example, was a country crooner, lamenting the teardrops on her guitar, and is now making pop smashes like “Shake it Off”. As for R&B, it originated as a fusion of many different genres of music popular in African-American communities. These included gospel, blues, and jazz. Thus, from its origin, it had to be inclusive and respectful of change and influence from many different places.

CLICK: The resurgence of independent artists in pop culture!

She has cultivated her persona into more than just a musical influence, but also a commentator on social issues and even political ones as well. It is unquestionable that she has made her stamp on music as one of its titans. The Strokes have also made a lasting impact on the music scene. In many ways, the story of the Strokes is the story of rock and roll. It burned brightest at a time that, for many of today’s millennials, seems to fade ever further into the distance. Both the band and the genre must come to grips with their new role in the musical landscape. However, most would agree – Beyoncé is only just reaching her peak. She (and her style of R&B-infused music) have a bright future, and we can only speculate as where they both will go next.