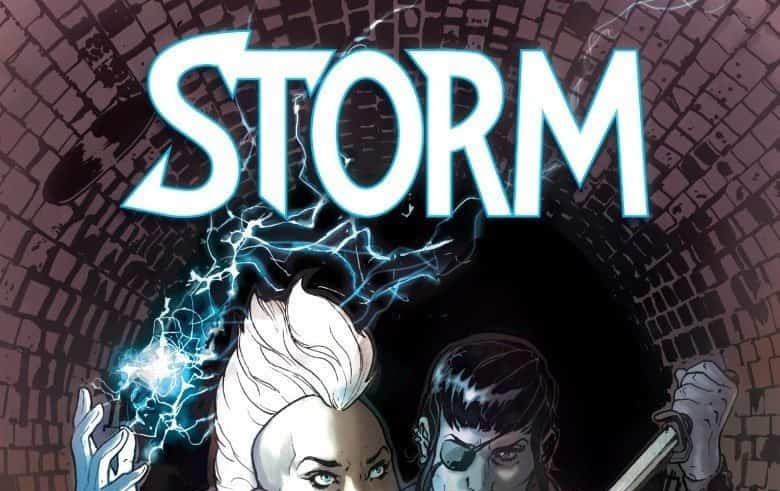 Ororo’s mission to help others using her powers continues in Storm #2, where the adventure takes her to the underground subway system of New York City.

The issue opens with Storm catching up with (her boyfriend) Wolverine, who has lost his regenerative healing ability. The exchange between the lovers reveals that Storm is “tired” of being boxed in to roles that don’t fit.

New to STORM? Click here to check our Gabriella’s review of STORM issue #1

The one role Storm is comfortable with is one in which she is assisting people in need. When she comes across a missing person poster—of a girl named Angie—Storm takes the initiative to seek out and rescue Angie. Storm’s journey takes her underground, where she comes face to face with Callisto, an enemy from the past. Quick to assume the worst—namely, that Callisto is kidnapping children to build an army—they duke it out, only for Storm to realize that she’s jumped to conclusions.

The main theme running through issue two is that of home, and a sense of belonging. During Ororo’s trek into the subway, we’re given flashbacks of her past—growing up motherless in Cairo and having to fend for herself—that show that Ororo has had a difficult time. She’s adapted to her surroundings, as most mutants learn to do, but there is still a longing for a sense of home. Her confrontation with Callisto and the runaway kids highlights this, which is why she helps to set up the space.

Greg Pak gives a great interview to ComicsVerse at the New York Comic Convention in 2014. Click here to watch it.

Again, Pak and Ibanez are a great team working together, capitalizing on the dynamic and emotive personality of Storm. There is movement on every page, and nothing feels dull within the artwork.

While issue #2 brought a first real fight scene, the issue overall seemed to be lacking in tension. There’s no buildup to the problems Storm encounters; it’s fine for now, since the series is getting settled. However, if the issues at hand are resolved so quickly in every run, it can become boring and lose its flavor.

What did you think?  Do you agree with me about the latest issue of STORM? We’d love to read your comments either on here or Facebook, so please leave them?