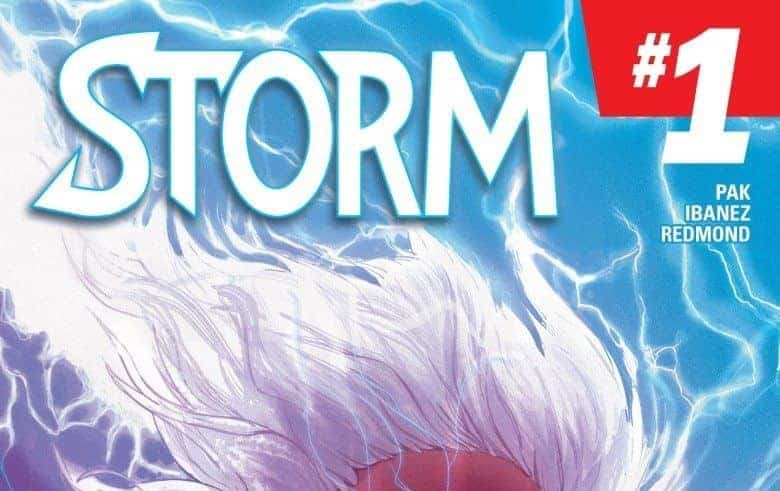 Ororo Munroe is one of the most powerful and most popular X-Men, having the ability to control the weather and, indirectly, affect the very balance of nature. Since her introduction in the 1970s, codename “Storm” has played the roles of team member, goddess, wife and headmistress in the X-Men series.

In her first solo series in some time, STORM #1—written by Greg Pak and illustrated by Victor Ibanez—depicts Ororo as a leader, both within the Jean Grey School of Higher Learning and the outside world. The comic opens with Storm saving a village in Santo Marco from a tsunami, only to be confronted by the army due to anti-mutant laws. Back at mutant school, Storm has an incident with a student, Marisol, who is struggling to accept her mutant powers and being taken away from home. Both issues are, of course, resolved by Storm’s choice to do what is right.

Watch our interview with Greg Pak!

The brilliance in this issue is how well everything parallels each other. Right from the beginning, Storm tells us she belongs to both the sky and the earth, and there is a struggle to find a happy medium between the two. Mirroring this is her place—and every mutant’s place—in the world: voiced through Marisol, when she asks whether she should be helping her home communities or staying in a safe space. It is a common theme in the X-Men series, but it’s still powerful nonetheless.

Listen to our podcast featuring the X-Men in one of Storm’s classic appearances!

Pak does a great job of writing Storm. She is a dynamic, flawed character—kind, emotional, powerful, brash, intelligent—and easily introducible to old and new fans alike. Her history is loaded yet blended seamlessly into this newest incarnation. Storm and the full cast come to life thanks to Ibanez’s art style, fully capturing the emotion of each scene.

The weather goddess’ solo series is definitely one to add to your collection.