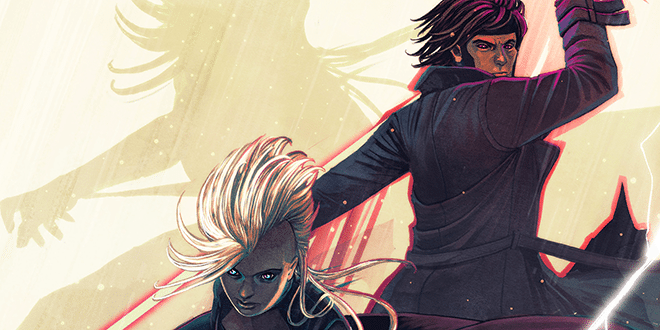 Storm Issue #9 acts as more of a filler issue, a break between serious arcs, with the arrival of Gambit. The X-men thief invites the weather goddess to assist him on a treasure hunt to retrieve a magical item. Aside from just going after the item, Gambit needs help going up against a former thief guild member.

The treasure hunt itself is a fun Indiana Jones style romp through an old temple, complete with booby traps and good ol’ X-men fight. But it’s also a reflective piece, providing an opportunity of growth and a confirmation of self for Storm and the other X-men.

When Gambit and Storm reach the end of the temple, they find a mirror. Gambit believes it to be magic, but Storm helps him to realize that it isn’t—rather the prize of the temple isn’t the mirror, but the person who was able to get to the mirror. It’s an inspiring message on a few levels that the individual is worthy due to his or her own special skills and talents, and it’s a message that is oft repeated throughout the X-men canon.