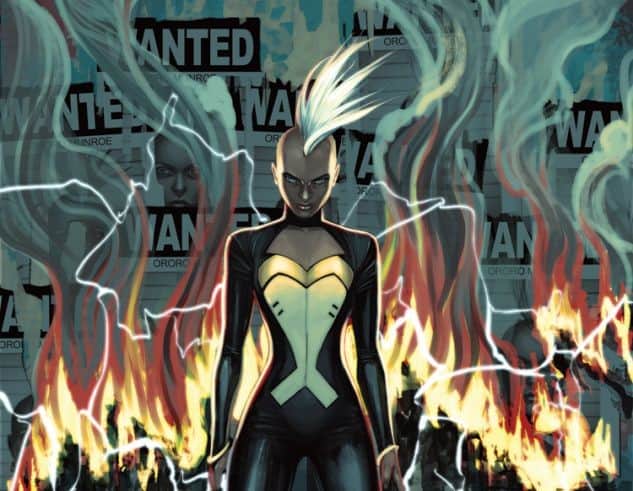 In the last issue, Storm cuts loose to follow the trail of Eaglestar and Dan Harmon. Her actions lead her to the Senator’s house and–while fighting off the FBI—find the information she needs.

Storm’s quest then leads her to the old X-men quarters hidden in the bay of San Francisco. This is where Harmon is hiding, and this is where they have their showdown. Storm, of course, saves the day, but that doesn’t mean the fight is over.

The strength of the Storm series has always been its spot-on pulse on the socio-political environment of the times. Historically, the X-men fought against oppression for themselves and now they fight against oppression for others. In this issue, Harmon represents the oppressor—a petty, greedy villain who likes the world to run on power instead of social freedom and harmony. However, comes off as a weak representation of evil.

The issue ends on a good note—that justice will prevail, which is always an inspiring message to believe in.