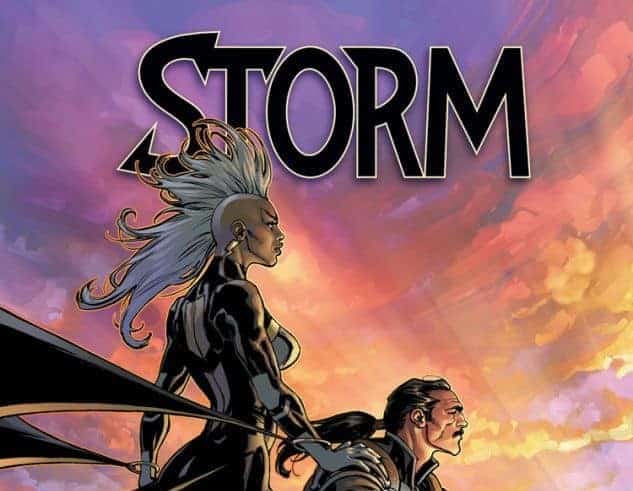 Issue 5 picks up right where #4 left off—in the middle of the Four Clans underground fight, where Yukio has been challenged by Kuva and names Ororo as her fighter. Shocked by this, she first tries to talk both parties into settling peacefully. That of course, doesn’t happen and Ororo must fight Kuva’s chosen champion.

The battle is the highlight of the issue, with its quick and impressive action. While Ororo holds back from killing her opponent, it’s still exciting to see her unleash the potential of her power.

While issue 5 brings about a conclusion to Storm’s participation in the underground fight match, it does not end her involvement with Yukio. Ororo is upset that Yukio has used her, but her mind turns to other matters on the plane ride home. At first, Ororo is faced with anti-mutant hostility which only increases when the plane runs into some natural turbulence and bad weather. Soon the plane, and Ororo, is attacked by contractors from Eaglestar International, one of the four clans that Yukio now controls. Issue 6 ends with Ororo saving the day, but at the cost of injury and exerting all her energy, and so she passes out.

Ororo’s feelings of disappointment are understandable—she flew out to Yukio hoping for closure in Wolverine’s death, and was used as a decoy. While the two women differ on what path Logan would’ve taken—Yukio’s idea of fighting to keep peace or Ororo’s idea of trying to change the organization—Ororo was confident in her beliefs. It’s highly possible that this attack will only solidify them.

For more from Gabriella, click here!
For more articles, including weekly video reviews, click here!
Don’t forget to subscribe to stay up to date on all ComicsVerse news!

Related:
Have the X-Men gone too far with new mutants?  Find out!
Check out our giant-sized podcast about Giant-Sized X-Men!
Have you read the Rise and Fall of the Shi’ar?  Listen to the podcast here!
Listen to our podcast featuring the X-Men in one of Storm’s classic appearances!
Watch our interview with Greg Pak!