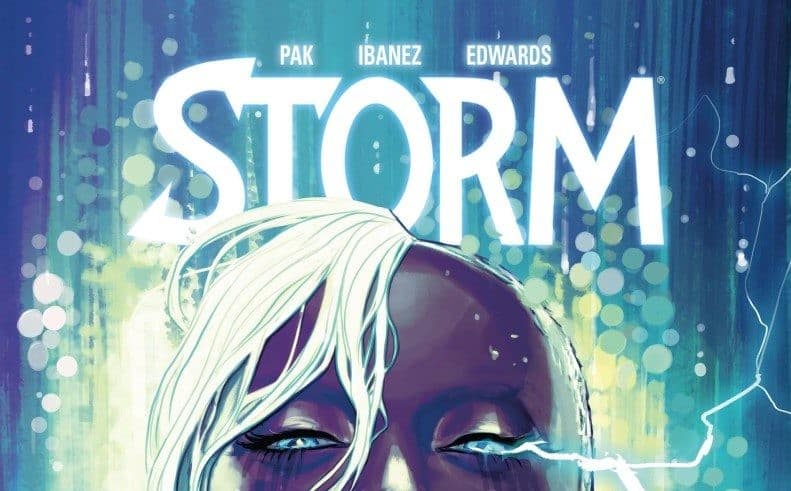 A beautiful, rain-drenched Storm with lightning shooting out of her haunting, piercing eyes, graces the cover of the final issue. She looks both victorious and sad, which may be a hint to the end of the story.

Where the series last left off, Storm’s latest enemy is Kenji, a reborn regenerative cyborg-organic mutant who seeks revenge for never having been saved by the X-men. In fact, Kenji’s grudge is that he was killed by Storm’s team, because he himself was a murdered and did not fit into her “pretty” world.

The enemy and his cyborg clones all attach nodes to each of the targeted X-men to try and assimilate them into his army. Yet Storm figures out a way to use this to her tactical advantage and with the help of her teammates, try to save Kenji this time around. After their successes, it seems that Storm has found her peace and may retire from her crime-fighting, although there’s a hint for Secret Wars.

Storm is a complex but inspiring superhero with a heavy past, but a keen optimistic outlook on life. She’s a force to be reckoned with, but as a mutant who is one with nature so to be speak, she’s a great example of how to just be as well as follow your intuition and gut to find oneself. Storm has faltered in her ideals, but not so dramatically in a way that she bounces back changed for worse. She is consistent and reliable, which is what the reader wants their superhero to be, but she is still human enough to have (forgivable fault).

Overall, Pak & Ibanez’s Storm series was a real treat to read. The series contained a great mix of both action and philosophy; neither is weighed down by the other but rather accentuates Storm’s qualities, making for both an entertaining and thought-provoking comic series.